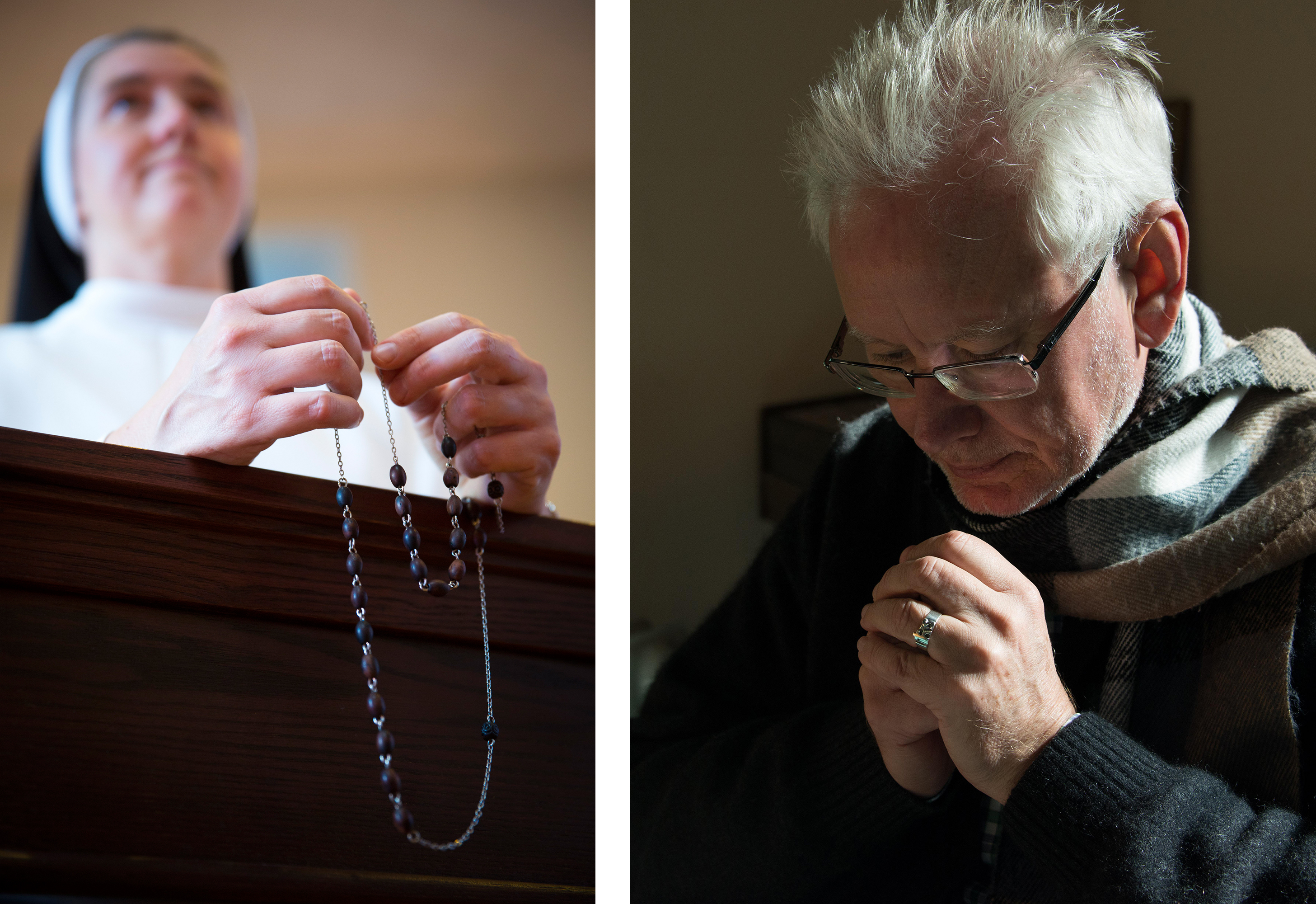 Voices of survivors are the wounds inflicted on Christ by the Church, says Scicluna

Victims of abuse are 'the voice of Christ on the cross, and we cannot ignore them' 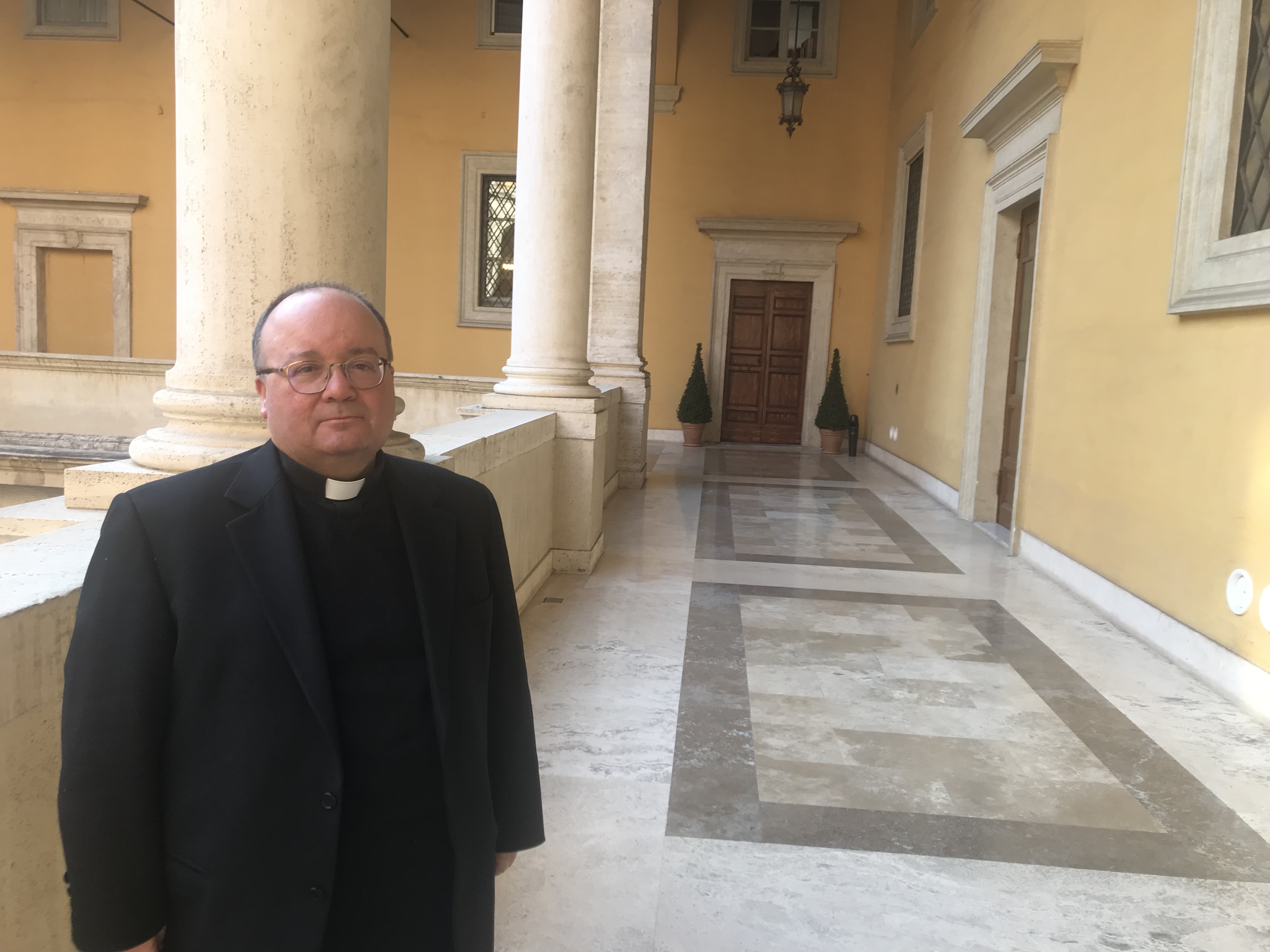 The voices of sexual abuse victims are like the wounds inflicted on the body of Jesus Christ by the Church and must be heard by the world’s bishops, according to Pope Francis's most trusted adviser on child protection.

In an interview which took place in the Vatican's Congregation for the Doctrine of Faith ahead of the Pope’s unprecedented summit dedicated to abuse, the Archbishop of Malta, Charles Scicluna, who has been helping to organise the 21-24 February gathering, defended the Pope’s legal document on holding bishops accountable, the stepping up of the Vatican’s attempts to process sex abuse cases and why bishops leading “double lives” lack moral authority to take the right decisions in this area.

Along with structures and legislation, the archbishop said that it was a “change of heart” among people in the Church that will help bring about a lasting difference. Part of this, he explained, takes place through meeting victims of abuse with all the bishops attending the summit asked to do this before coming to Rome and some who had done so had been "really shaken" by their encounters.

“All of us who have gone through the experience know what a shock it is to one’s system to come face to face with the open wounds of Jesus Christ. That is how I approach victims. They are the open wounds of Jesus Christ that we have inflicted upon his body,” Archbishop Scicluna, a long time prosecutor of clerical sexual abuse cases, told The Tablet.

“They are the voice of Christ on the cross, and we cannot ignore them. Because otherwise, we will be ignoring the Lord who said: whatever you do to the least of my brethren you are doing onto me.”

The 59-year-old Maltese prelate is one of the Church’s most credible figures on fighting abuse; a former Promoter of Justice at the Congregation for the Doctrine of the Faith who in 2011 worked to ensure bishops’ conferences from around the world had adequate safeguarding guidelines. He conducted an inquiry into claims of abuse against the well-connected founder of the Legionaries of Christ, Fr Marcial Maciel, and was called on by the Pope to investigate clerical sexual abuse in Chile. After Archbishop Scicluna reported back to Francis, the Pope performed a dramatic change of tack in his handling of the Chilean crisis.

Since then, the archbishop has been named by the Pope as the adjunct secretary of the Congregation for the Doctrine of the Faith, the body that handles cases of priests accused of abuse. Scicluna sits on a review panel for cases and acts as an informal troubleshooter for the Pope on child protection matters.

On Wednesday 20 February, he and fellow summit organisers held a two-hour long meeting with a group of survivors before the gathering starts on Thursday 21 February.

The archbishop said the abuse summit was the first time that bishops from across the world had come together to discuss abuse, and in particular how church leadership is handling the crisis.

He pointed out that different parts of the 1.3 billion-member Church were working at various speeds over abuse and were “all over the graph” if you examine the response according to western standards.

“I think that is the Catholic Church for you, whether you like it or not. It’s a family that comes from different cultures, speaks different languages, and has a different take on most prudential things. We are dealing here not with dogma but with a very down to earth, human problem: which is sin, crime and the need to protect our young people and children,” he explained.

While Popes have repeatedly denounced the abuse of minors, the questions around cover-up and mismanagement of cases have in the past largely been avoided by Rome. The archbishop said the meeting in and of itself would offer assistance to bishops grappling with the issue, who will also hear the testimony of victims throughout the three days.

Each day during the summit the 190 participants, which include 14 presidents of bishops' conferences, leaders of Vatican departments and male and female religious superiors, will focus discussions on themes of responsibility accountability and transparency.

“We are talking about the high standards required of leadership in our witness to chastity and celibacy. And the high standards of stewards who have the responsibility to guarantee the local churches being a safe place for young people and kids. Not to mention other forms of misconduct.”

He said that while the summit was focussed on the abuse of minors, the “elements of prudence that are part of the wisdom and experience of the church in tackling sexual abuse of minors are also skills when tackling other types of misconduct.”

Archbishop Scicluna stressed that bishops needed to be “without blemish” in their leadership, and will not be able to adequately respond to abuse if they themselves are not living celibacy with integrity.

“If the bishop is leading a double life, he knows that he lacks moral authority to do the right thing,” the archbishop said.

“This is also an invitation for us to convert, to become good shepherds, the type of good shepherds that Jesus wants us to be. Whatever we say about our priests is calling us to do the right thing, on a personal level.

On the question of accountability, victims have called for bishops who mismanage or cover-up abuse cases to be removed from office and have complained about a lack of transparency and clarity from Rome in how this is carried out.

In Rome on Wednesday 20 February two prominent survivors, Juan Carlos Cruz of Chile and Peter Saunders, the founder of the UK’s National Association for People Abused in Childhood, both called for action to be taken against bishops who failed to take action against abusers while calling an end to the culture of cover-up.

Archbishop Scicluna stressed that the Pope’s 2016 legal ruling, “Come una madre amorevole” (“As a loving mother”), sets out how to remove bishops, and needs to be much better known. He said that anyone concerned about a bishop’s handling of abuse should first report concerns to their local nuncio, or papal ambassador.

“We now have a procedure to denounce bishops who are not doing their job,” he explained. “Whatever the cause, ‘Come una madre amorevole’ gives the People of God the opportunity to raise the red flag and say ‘this is not working, this leaderships is not effective’.”

Some child protection experts say that Francis should have set up a tribunal to judge cases and that a failure to do so showed a failure to grip the accountability question. The Pope said last year that the tribunal “wasn’t practical and it also wasn’t convenient for the different cultures of the bishops that had to be judged.”

Archbishop Scicluna argues that a tribunal would be more limited in scope because it would be narrowly focussed on “misdemeanors that either come from malice or culpable negligence,” whereas Francis’ ruling dealt with a failure of governance by a bishop.

“When you read ‘Come una madre amorevole’ you realise the take is wider,” he explained.

“That the Pope is not concerned as much about malice and culpable negligence - that’s also included - but is more concerned about the objective inability, incapacity to deliver on such important topics, including the safety of kids.”

He added: “it is actually more about the removal of ineffective leadership rather than punishing leadership that is not up to standard.”

At the Vatican’s doctrinal congregation, which conducts the legal processes against priests accused of abuse, Archbishop Scicluna told journalists on Monday that the number of canon lawyers in the section handling these matters has increased from 10 to 17. He said the congregation was dealing with an average of 300 new cases a year, and that the slow pace in processing cases was often due to issues such as a lack of witnesses or the need for more information from a local dioceses.

Finally, the archbishop said the summit should not be seen as a “three-day wonder” which would solve all the problems of abuse, adding that the “follow-up work” will be crucial.

“We pray. That is where prayer is important. The Lord will need to move hearts and minds,” he said. “Structures are important, legislation is essential, but it is people who have a change of heart that will lead us to the safe pastures we need to be in. And that is something the Holy Spirit needs to give to his Church. We need it badly and we need to pray for it.”