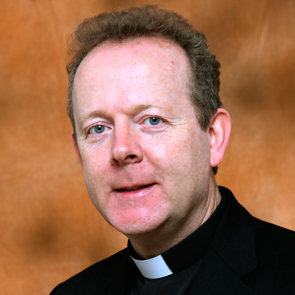 Parents put off by Mass timings but have strong Catholic identity

Inconvenient Mass timings are putting off non-practising Catholic parents from returning to church, according to new research published on Thursday.

A survey of baptised parents with children at Catholic primary schools, conducted for the Catholic Bishops’ Conference of England and Wales, found that a majority only attended Mass occasionally because they said the time of Sunday services were not family friendly and clashed with their busy lives, and that in some cases other members of the congregation did not appreciate having noisy children in attendance.

But many of the 146 respondents stressed they felt drawn back to the Church because of its “spiritual benefits” and that they were more likely to go to Mass regularly if there was a good children’s liturgy and they were personally invited.

The research, commissioned by the Department for Evangelisation to help understand why people stop going to church, found respondents had a latent Catholic identity based on a belief in God and a resonance with Gospel values.

It found that key moments for parents re-engaging with their faith were in the preparation for their child’s First Holy Communion and for their Confirmation. Many felt drawn back because of a sense of belonging to the parish community and the wider Church, citing a connection to Pope Francis.

Findings from the survey showed for many Mass times appeared to be set to suit an older generation and respondents felt prevented from participating more fully because parish life “was run by, and for, an older generation who were regular Mass goers”. It also found that parents had a “limited faith vocabulary”, and in some cases mistakenly believed that before preparation for a sacrament it was necessary to have enough money for the celebration.

Catholic schools also proved critical to maintaining some relationship between the Church and Catholic parents with school Masses often the only encounter respondents had with liturgy.

Identifying parents’ hunger for on-going formation, the report said that the majority of Catholic parents gained knowledge about their faith from their children but wanted the Church to provide better catechesis – including around what do to during Mass.

Securing a Catholic education for their children was very important to the parents, who said they felt faith was a gift they should pass on because it would support, comfort and guide their children.