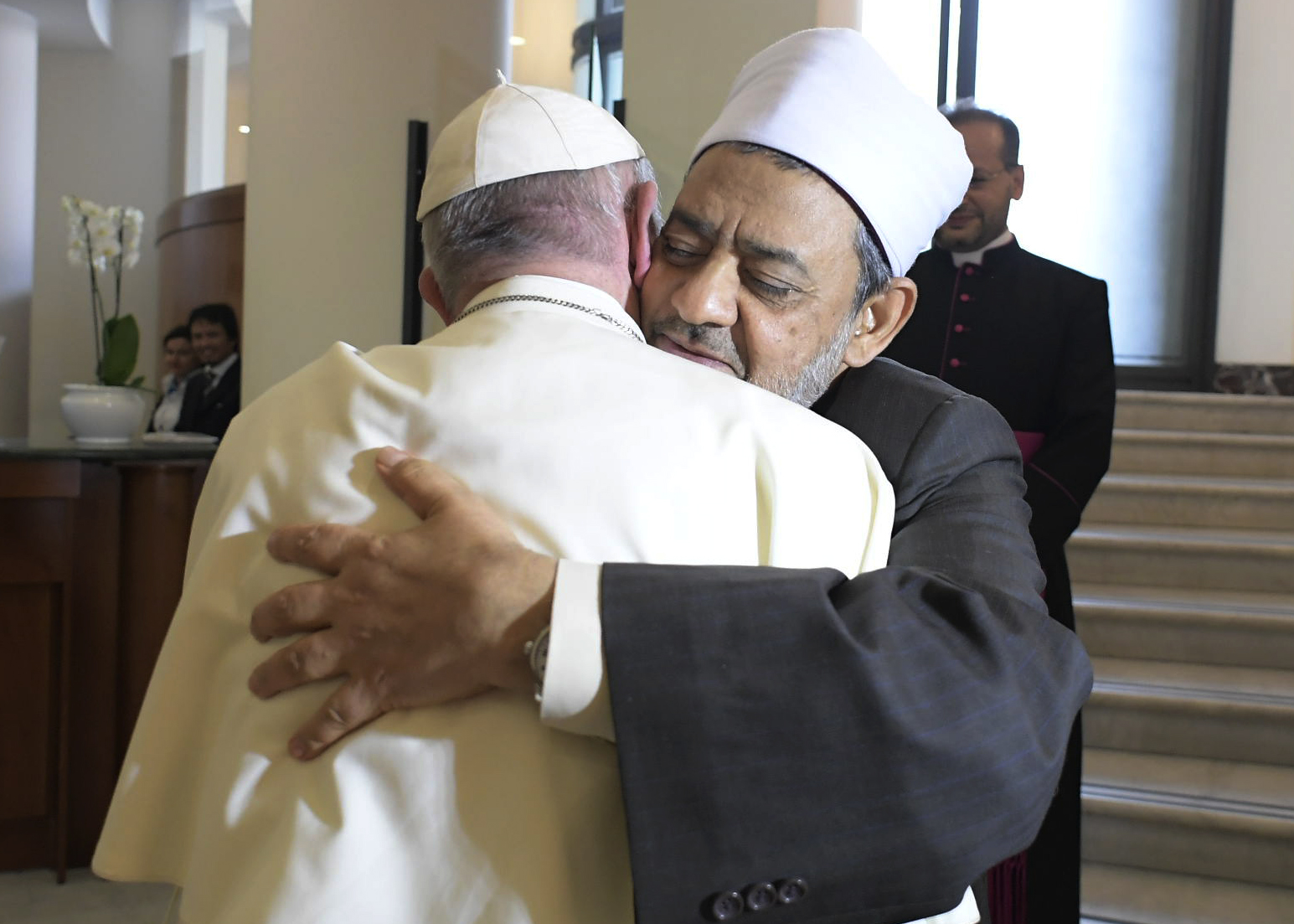 Ahead of Pope Francis’ trip to UAE, Archbishop Fitzgerald spoke to The Tablet of how the Church should navigate relationship with Islam 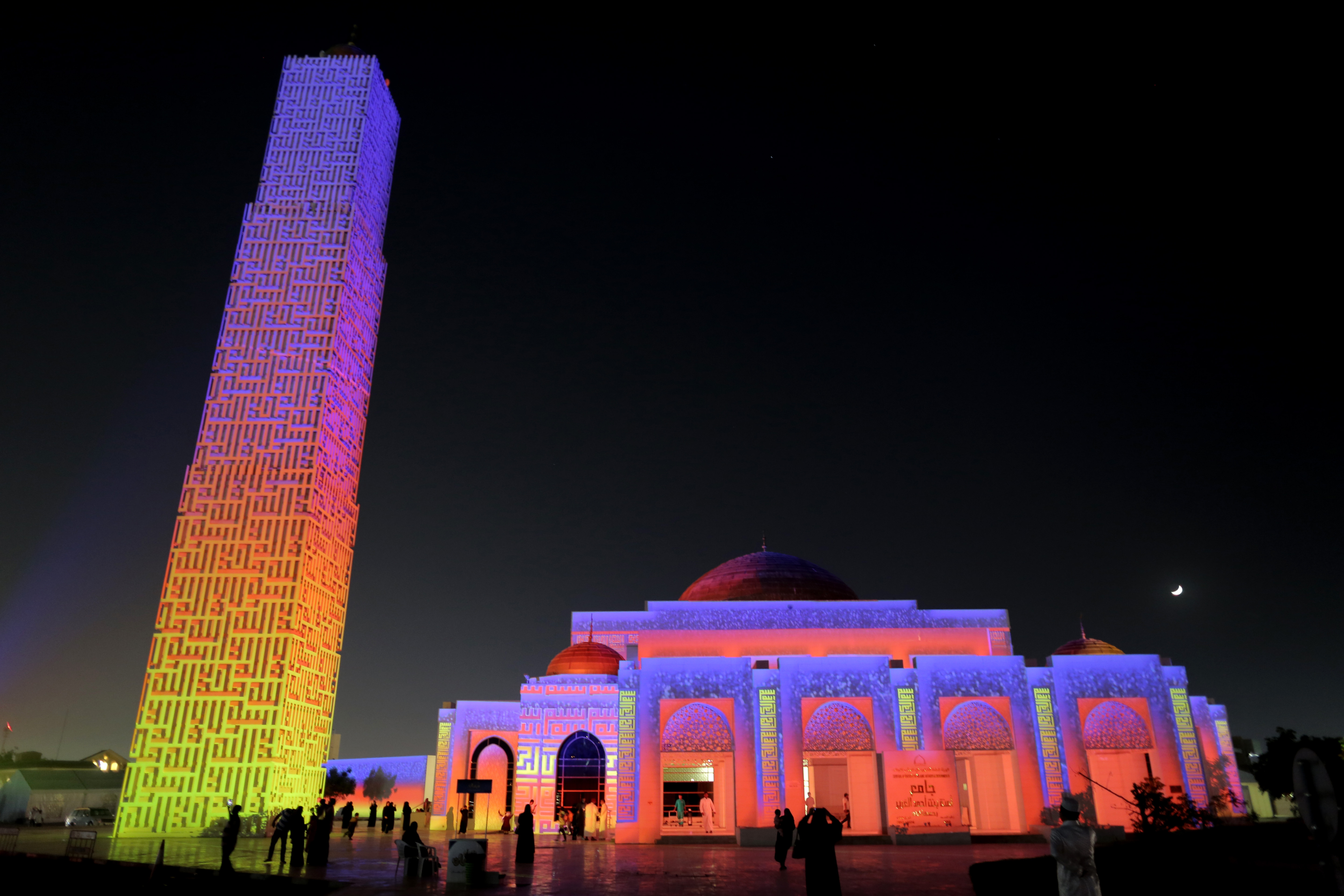 People visit the light show at Amina bint Ahmad Al-Ghurair Mosque on the third day of Ramadan in Ajman, the United Arab Emirates, on May 19, 2018.
Mahmoud Khaled/Xinhua News Agency/PA Images

Archbishop Michael Fitzgerald is one of the Church’s foremost interlocutors with Islam.

Fluent in Arabic, he was the secretary and president of the Vatican's Pontifical Council of Inter-religious Dialogue from 1987-2006 and as a White Father missionary, his ministry has taken him to Tunisia, Egypt, Sudan, Uganda, and Jerusalem. He then undertook a six-year posting as ambassador to Egypt and papal delegate to the Arab League of 22 states, a period which coincided with the turbulent events of the Arab Spring.

Ahead of Pope Francis’ historic trip to the United Arab Emirates, the 81-year-old archbishop, who was in Abu Dhabi in October 2016 to lead a priests’ retreat, spoke to The Tablet how the Church should navigate its relationship with the Muslim world.

The archbishop added: "You can only talk about civilisations when they’re dead."

He went on: “Yes, there are different outlooks, but, I think that Muslims are coloured by their cultural background, even when they’re outside their own countries."

After four years as president of the Holy See's inter-religious body, the archbishop was appointed papal ambassador to Egypt by Pope Benedict XVI in February 2006. While there he had to navigate a tense period in Holy See and Egypt relations after Cairo recalled its ambassador to the Vatican in 2011 following Benedict’s condemnation of violence against Christians in the country. And he had only recently arrived in Egypt in when Pope Benedict delivered his critique of Islam during a lecture in Regensburg, September 2006.

When asked about the different approaches to Islam between Francis and Benedict, Archbishop Fitzgerald said the Holy See has long advocated for a “balanced attitude” when it comes to dialogue with Islam, one that is “critical, but not hypercritical. Not being naïve, and saying ‘everything is wonderful'.”

He explained: “No, we accept that there are some difficulties, and we’re ready to talk about these as well, but we’re not insisting on this from the first moment. We want to establish good relations, and dialogue is not just discussing difficulties; it is also living together, working together, putting oneself before God together.”

When the Pope is in the UAE, the British born prelate explained, he will try to build a relationship.

“When he visits a country he’s not going to say 'your curtains are not drawn properly.' You don’t immediately criticise, you establish trust,” Archbishop Fitzgerald said. “That’s what he [the Pope] is insisting on, and the more meetings that take place the greater the trust grows.”

The archbishop likens the first papal trip to the Arabian peninsula to the embarked on by John Paul II to Morocco in 1985 where the Polish Pope addressed a large gathering of young Muslims.

“I think it’s a recognition of the role of the Pope in the dialogue of today, in the concerns of the world today,” he said.

Travelling to countries such as UAE, the archbishop points out, is a chance to influence the whole region, including Saudi Arabia and that was short-sighted to simply refuse to engage. He gave the example of those refusing to attend the recent European Tour golf event in Saudi.

“If you go, you can perhaps do something to improve, if you don’t go, you can’t say anything. I think that applies for us, too,” the archbishop said. “We do say things in the meetings, and we do say that religious liberty is broader than just the possibility of praying.”

In UAE, according to the former papal diplomat, Christians are free “to do what they want, more or less,” while the Emirati government has donated land for churches and places of worship. He says there is more freedom for Christians in Arab countries than is sometimes assumed.

“There are people saying, we allow Muslims to have Mosques in our countries – in France, in Germany – but they don’t allow us to have churches. That's that’s not true at all, it’s only true of Saudi Arabia, but all the other countries around, they’ve all allowed churches to be built, and for Christians to gather in large numbers."

He added: “What they do restrict is no activity outside [the Churches], there’s a restriction on books that can be imported, and things like that, because in a sense they want to protect their own population from this ‘virus’ of Christianity. But within the Christian compounds the activity is enormous.”

The archbishop has now returned to the UK and is working on an inner-inner-city parish in Liverpool and says that local churches need to be involved in interfaith work.

He said Francis’ trip to the UAE underlines the interest the Muslim world in having dialogue with the Holy See, although explained that when he was secretary at the pontifical council Cardinal Francis Arinze, its former president, insisted on local churches being involved in the meetings.

It's important, the archbishop explains, to have a "dialogue of life", along with discussions and summits.