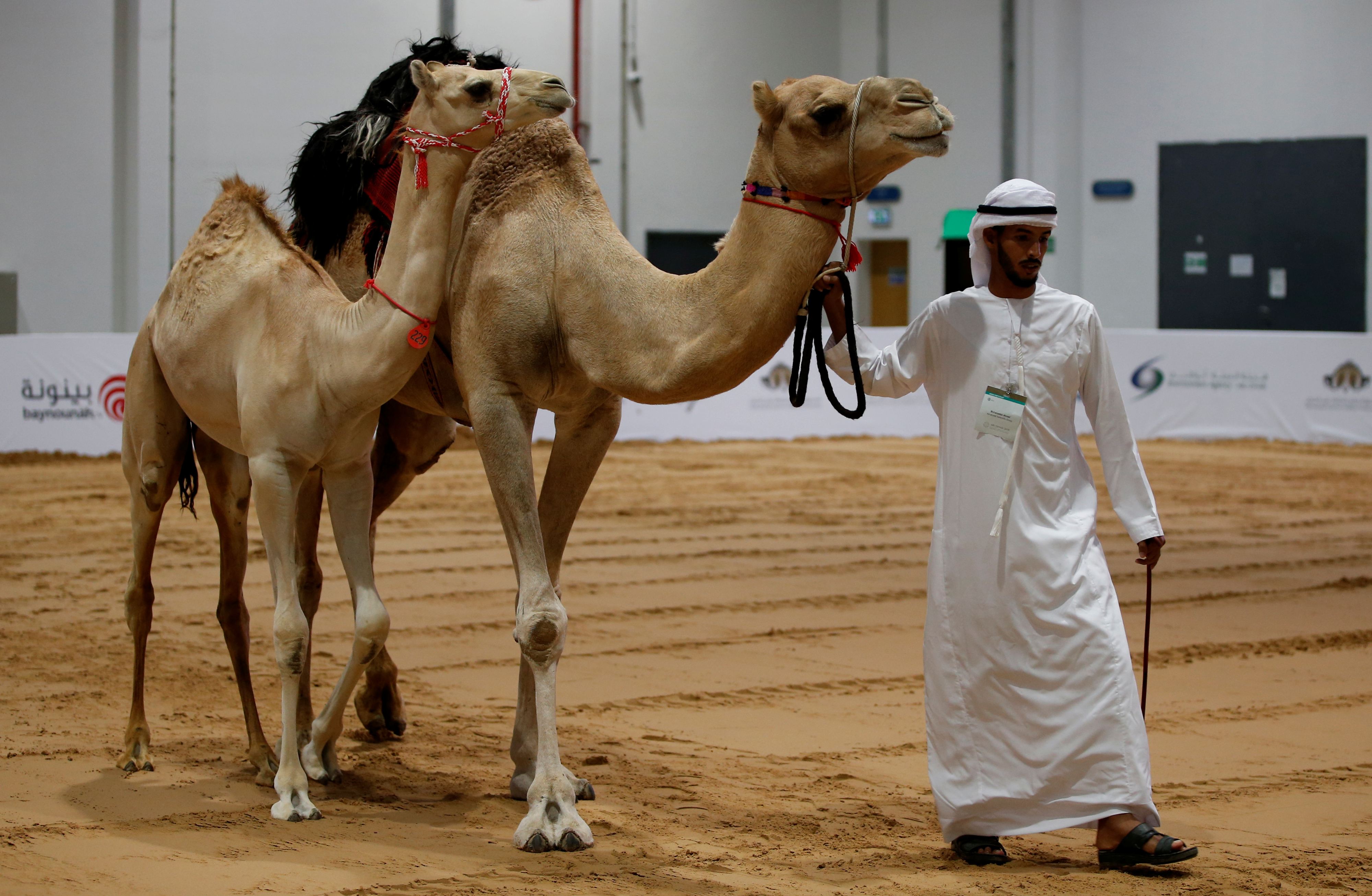 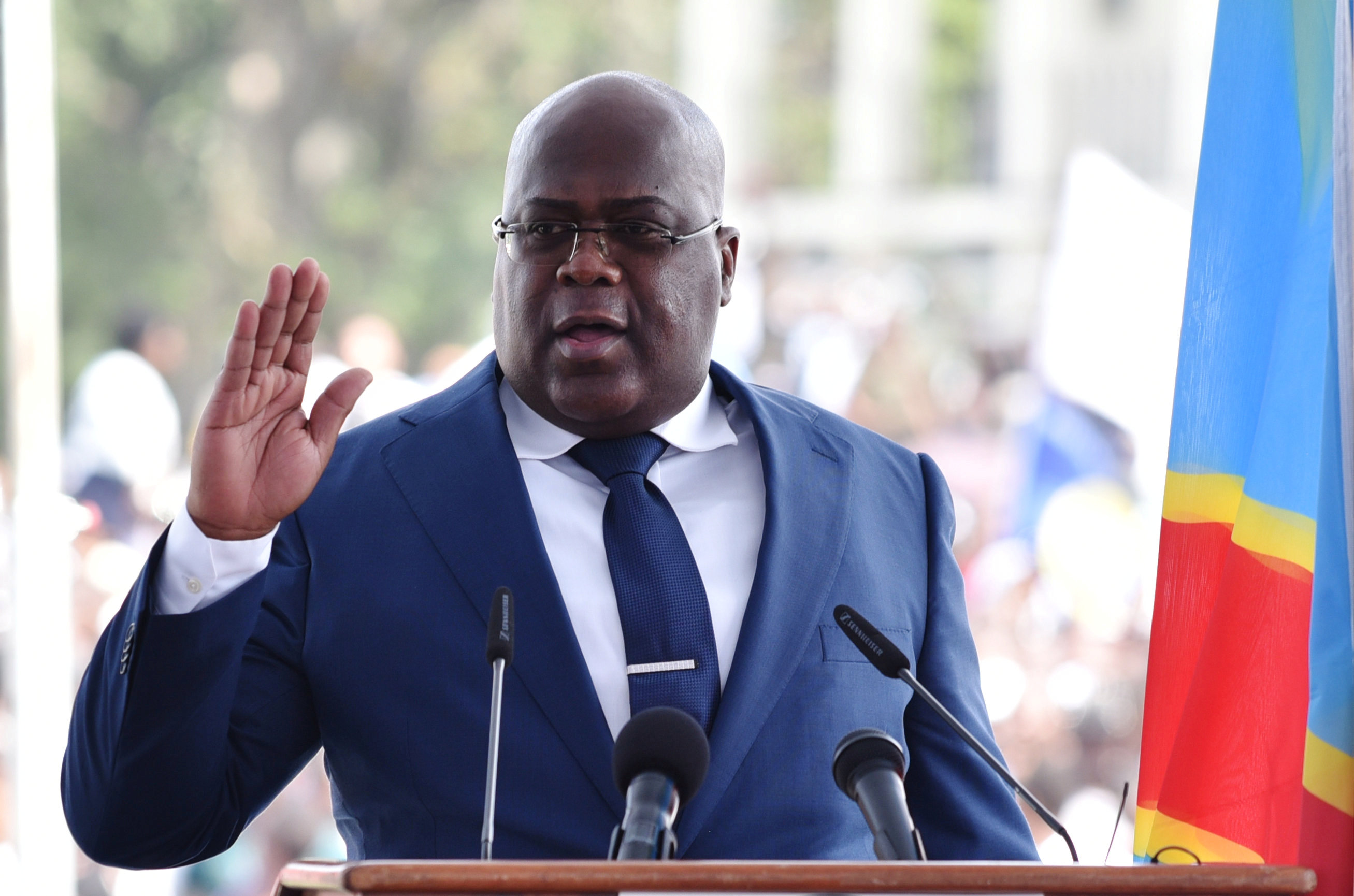 Congolese President Felix Tshisekedi raises his hand as he is sworn into office during his inauguration ceremony in Kinshasa Jan. 24
CNS photo/Olivia Acland, Reuters

Some Catholic bishops from Democratic Republic of Congo (DRC) have endorsed the disputed election of Felix Tshisekedi as president, despite continuing criticisms from other church leaders.

The eight-member provincial episcopal assembly of Kananga, covering DRC's troubled Grand Kasai region, said the election of Tshisekedi, who is from the region, was the "crowning moment of a long political fight" for "democracy and social progress for all," based on respect for basic rights, good governance, free opinion and the defense of cultural values.

They said it also would mean "an end to the war over minerals, a reconquest of national sovereignty and responsible and transparent management of our country's riches."

The United Nations reports 4.5 million Congolese are displaced and a fifth of the mineral-rich country's population needs basic assistance. Although war officially ended in 2003, at least 70 armed groups are believed to be operating in DRC's mineral-rich eastern areas, including Grand Kasai.

The message was published as Tshisekedi announced his first appointments after taking office on 24 January as the DRC's fifth president.

In an 11 January video briefing for the U.N. Security Council, Archbishop Marcel Utembi Tapa of Kisangani, president of DRC's national bishops' conference, said the Catholic Church had deployed almost 40,000 accredited observers during the 30 December elections, and results published on 10 January by the nation's electoral commission did not "correspond with data" collected by the church.

In a 25 January statement, the bishops' conference said Archbishop Utembi had been too busy with pastoral duties to attend Tshisekedi's inauguration but denied media claims of a church boycott and said the conference's deputy secretary-general, Father Georges Kalenga, had attended instead.

The Kananga bishops said they believed Tshisekedi's leadership offered a chance of infrastructural development and environmental protection, as well as advancement in agriculture and industry, and greater professionalism in the police and security services, education and health care. They added that thousands of young people had already converged in Kananga to hand in weapons, and the bishops said they relied on Grand Kasai's newly elected representatives to address the poor governance that had long fueled frustration and violence.

"We all desire a new Congo, where it will be a blessing to born, to live and to die, and this new Congo won't be a miracle but the work of all of us," the provincial bishops said.

Agence France-Presse reported 29 January that opposition leaders have alleged a secret pre-election deal between Tshisekedi and outgoing President Joseph Kabila, who is expected to retain strong influence in government, finance and defence.

The outgoing president is expected to nominate a prime minister from his Common Front for Congo, which still controls more than half the 500-seat National Assembly.

The United Nations has reported several dozen deaths and more than 240 arrests in violence since the election.