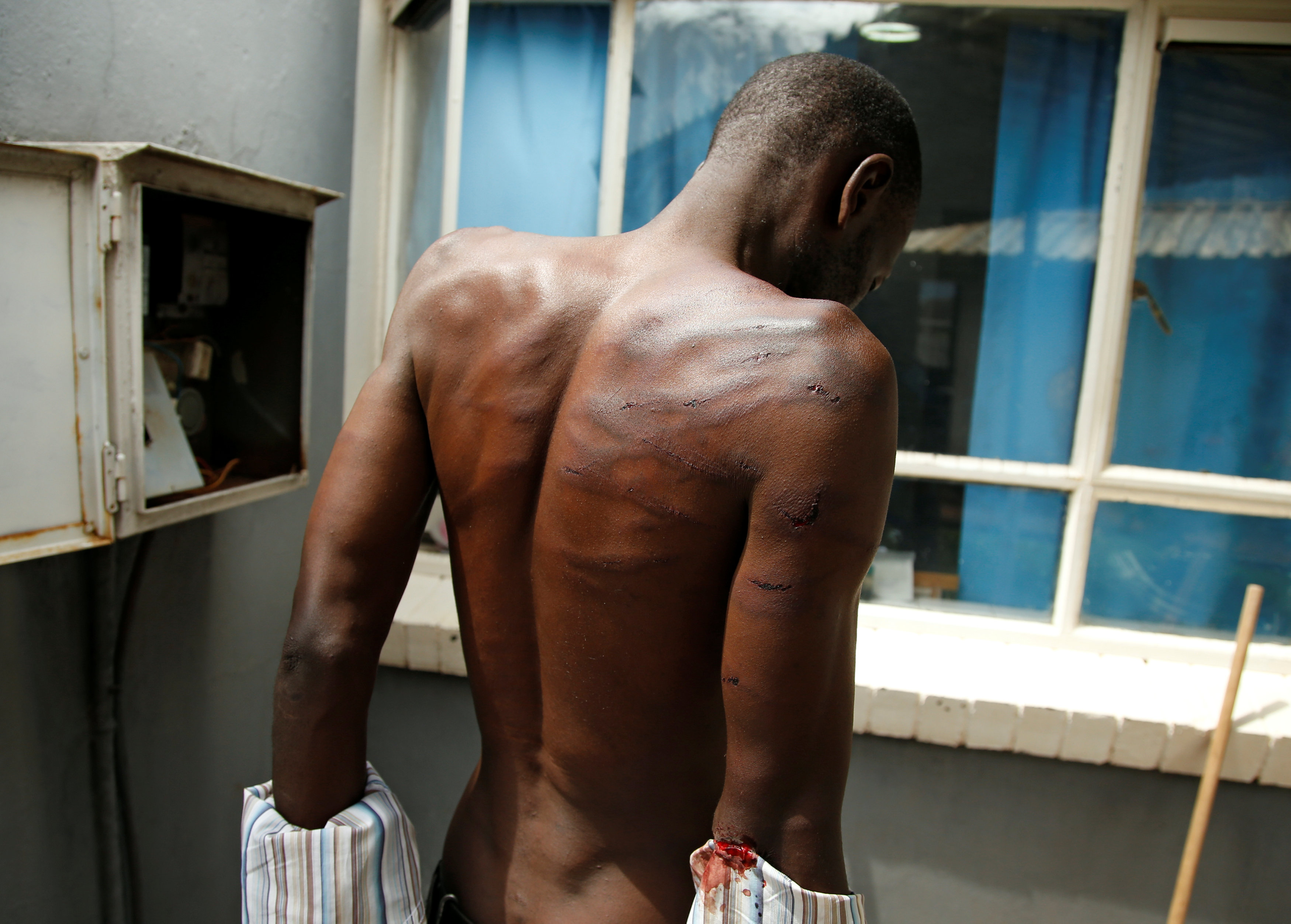 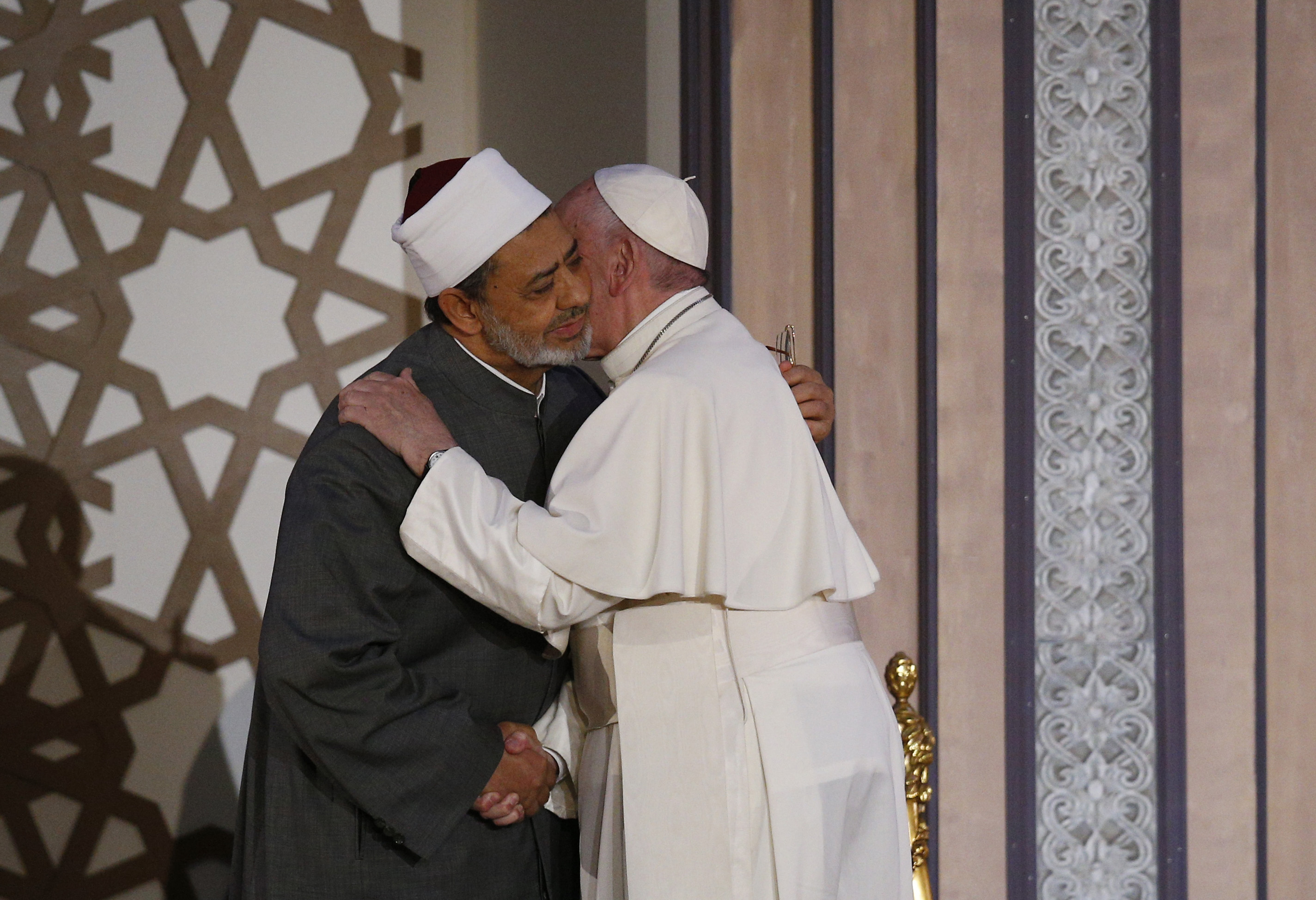 Pope Francis is set to preside over the largest act of Christian worship in the Arab world when he celebrates a Mass during the first papal visit to the United Arab Emirates.

The 82-year-old Roman Pontiff will become the first Pope to celebrate an open-air Mass on the Arabian peninsula, which is due to be attended by up to 135,000 people at the Zayed Sports City Stadium.

The Tablet can also report that all the events of the Pope’s 3-5 February visit are to be filmed by the UAE state broadcasters and photographers, which the government has ordered to be made available to other media outlets free of charge.

It is a significant gesture given that during papal trips state television broadcasters normally sell on their footage to other broadcasters for a fee, and the decision by the Muslim majority country demonstrates their desire to capitalise on a historic moment for the UAE.

“We think this Pope is working very hard to harmonise understanding between different religions,” the UAE’s Ambassador to the United Kingdom, Sulaiman Almazroui, explained to me. “He has a genuine desire to arrive at balanced thinking of acceptance of Islam minus extremism. And Christianity minus extremism.”

The UAE, an oil-rich federation of emirates formally established as a country in 1971, prides itself on being one of the most religiously tolerant states in the Middle East, and has allowed churches to be built in the region since 1965.

St Joseph’s Cathedral in Abu Dhabi is home to the largest single congregation in any Muslim-majority country and is situated within walking distance from the “Mary, Mother of Jesus” Mosque, recently renamed to demonstrate the importance of co-existence between the religions.

The country has at least forty churches and around a million Catholics, many of them migrant workers from southern India and the Philippines who will be among those filling the seats at the Zayed stadium on 5 February.

While freedom of religion in the UAE does not fit with western definitions of the term given that Muslims in the country are prohibited from changing their faith, the Pope is likely to emphasise how the country is an example of Christians and Muslims co-existing along with tackling the notion of a “clash of civilisations” between east and west.

In a message issued before his visit, the Pope praised the UAE as a "model of coexistence" adding that faith in God should unite people and distance them from “hostility and aversion.”

“In the alarming global trends towards nationalism, populism, and sectarianism, the UAE provides a strategic pushback against intolerance,” Canon Andy Thompson, the senior Anglican chaplain in Abu Dhabi, who has lived in the UAE for more than twenty years, told The Tablet.

Canon Thompson explained the 5 February Mass will be the “biggest act of Christian worship ever in the history of the region” adding that “Pope Francis is deeply admired and loved by many for his commitment to live an authentic Christian lifestyle despite the trappings of the power and the perceived wealth of his office.”

He said the country’s “commitment to pluralism has to be seen within the framework of Islamic theology,” and that while there is freedom for Christians to worship it is not the same as religious freedom as defined by the United Nations charter of human rights and religious freedom.

The Pope’s UAE visit is the centre piece of a triptych that includes the visit to Cairo in 2017, and the forthcoming trip Morocco next month which in geo-political terms is an opportunity for the Vatican to open channels of dialogue with Muslim leaders while privately trying to exert greater influence in the region. Francis is due to be accompanied in his meetings with a Vatican official fluent in Arabic.

The day before the 5 February Mass, the Pope will take part in an interfaith conference attended by religious leaders, including the Grand Imam of Al-Azhar, Ahmed el-Tayeb, whom Francis has met on a number of occasions.

The UAE’s major ally is Saudi Arabia, a country that the Holy See has been quietly seeking to build links with, but which is far more restrictive when it comes to freedom of worship. Of even greater concern is the involvement of the Saudi-UAE coalition  in the war in Yemen, which after nearly four years of fighting has left more than 14 million people facing starvation.

The Holy See has always adopted the approach of slowly and patiently building a dialogue with world leaders in the belief that more can be achieved through quiet persuasion built on relationships of trust than political grandstanding.

A long term priority for the Pope is also to work with Islamic leaders to target extremism, something the UAE leaders are likely to be amenable to.

The emirates authorities ensure that school children are taught about respect for different faiths as part of the curriculum while the government each Friday issue preaching guidelines for Imams to follow in order to hate-proof sermons.

“The UAE has embraced tolerance for a long time, [and] by its nature it has co-existed with many different nationalities and faiths,” Ambassador  Almazroui stressed, adding the Pope is visiting during the country’s Year of Tolerance.

“The UAE doesn’t have the poverty and unemployment that leads to extremism, but ideology is sometimes cross-border. A lot of religious, rich people - like Osama Bin Laden - embraced extremism. But in so many other countries, a lot of people are unemployed, they are under the poverty line, and the only refuge they have is religion."

But he added: “Islamaphobia is also something that needs to be looked at. The majority of Muslims are tolerant people who co-exist with others in Europe, America and the Arab world. So they shouldn’t be blamed for what the small minority does.”

Fr Diego Sarrió Cucarella, the President of the Pontifical Institute of Arabic and Islamic Studies in Rome, described the Pope's visit as a landmark moment for Church relations with Islam although he said more needs to be done by political authorities in the Muslim world.
"In recent years, a large number of publications and fatwas emanating from the Arabian Peninsula have argued that friendly, personal relations between Muslims and non-Muslims are prohibited and that Muslims should avoid spiritual contamination by non-Muslims," he told The Tablet.
"Confronting these theological views—an attitude of contempt for the religious other—seems to me more crucial than proving that terrorists do not respect classical Islamic norms regulating legal warfare. Pope Francis’s visit to Abu Dhabi is in itself a landmark event in the history of Muslim-Christian relations and it should be celebrated. It remains to be seen, however, whether it corresponds to a real desire by Muslim political authorities in the region to move beyond the restrictive interpretations of certain Wahhabi scholars towards a more open society, where religious diversity is not reluctantly tolerated but accepted as a normal feature of our ever more globalised world."
The Pope is due to travel to Abu Dhabi on Sunday 3rd February arriving at 10pm local time. On Monday 4th February he will meet with the Crown Prince of Abu Dhabi and de facto leader of UAE, Mohammed bin Zayed Al Nahyan, the Muslim Council of Elders in the Sheikh Zayed mosque before addressing the interfaith gathering.

The next day he will visit St Joseph’s Cathedral, Abu Dhabi and say Mass at the sports stadium, before returning on a 13.00 flight which is due to land in Rome at 17.00 local time.

Christopher Lamb, The Tablet’s Rome Correspondent will be travelling on the papal plane and reporting on the visit.