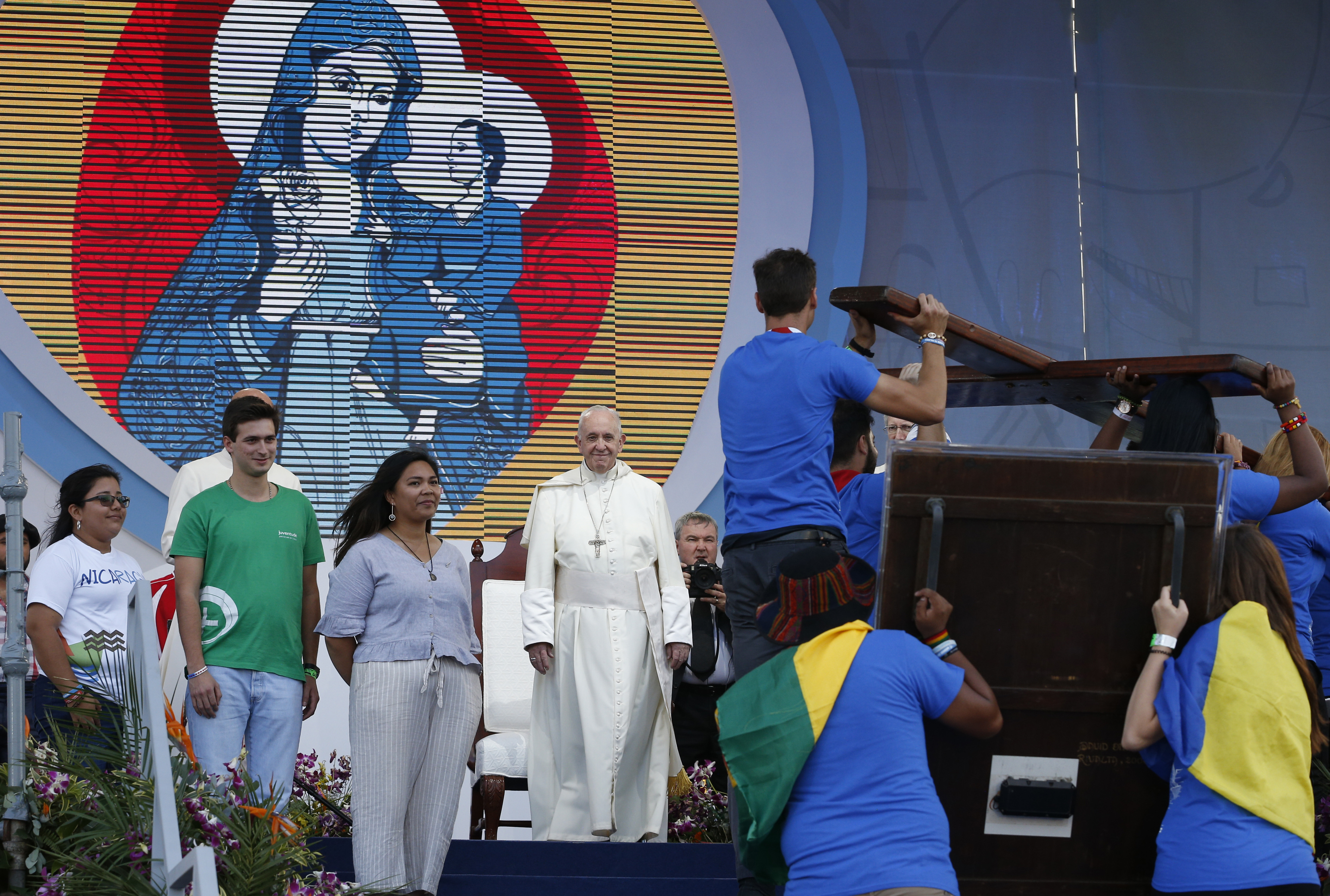 Archbishop apologises for shortcomings over Bell

Peter Hitchens: 'The restitution of George Bell's good name can and should now go ahead.' 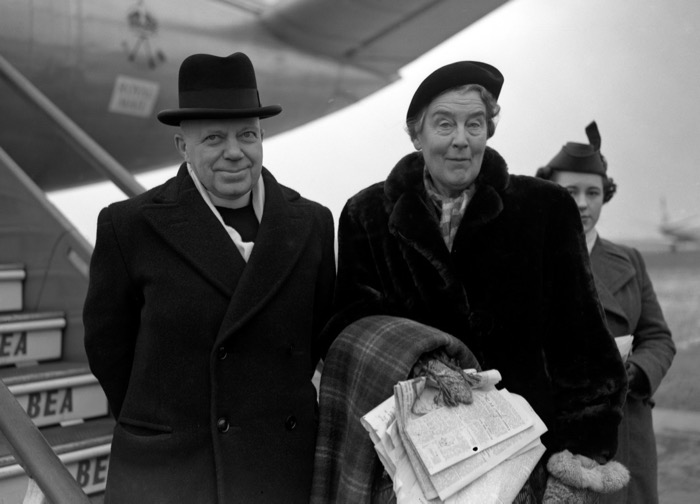 The Right Rev George Bell, Bishop of Chichester, with Henrietta Livingstone at London Airport as he was about to leave for Frankfurt, Germany.
PA Archive/PA Images

The Archbishop of Canterbury, Justin Welby, did not withdraw his earlier comment that Bishop Bell had a "significant cloud" over his name because of the abuse allegations.

But he said: "I apologise unreservedly for the mistakes made in the process surrounding the handling of the original allegation against Bishop George Bell. The reputation of Bishop Bell is significant, and I am clear that his memory and the work he did is of as much importance to the Church today as it was in the past. I recognise this has been an extremely difficult period for all concerned and I apologise equally to all those who have come forward and shared stories of abuse where we have not responded well."

Bishop Bell, who helped rescue Jewish people from the Nazis and was a friend Dietrich Bonhoeffer and a supporter of the German resistance, was subject to an allegation of sexual abuse by "Carol" who was paid compensation by the Church of England after she said she had been abused by Bell when she was five years old. She had originally reported abuse in 1995, and then again in 2013.

Alex Carlile QC led an inquiry into the case and said the Church had rushed to judgment and the bishop had been “hung out to dry” without "serious investigation or inquiry”.

The Church of England's national safeguarding team said in a statement that range of people came forward with further information after the Carlile report and it is these new allegations that have now been assessed by Timothy Briden, an ecclesiastical lawyer.

In his ruling, Briden concludes that the fresh allegations were unfounded.

Briden reports that one of the allegations was that Bishop Bell was seen carrying out a sex act with a man over his Rolls Royce in his garage. This incident originated from a woman who worked for the bishop as a housekeeper. If the incident happened in 1967, as originally claimed, it could not have been Bishop Bell as he died in 1958 and never possessed a Rolls Royce. If it happened in 1955, as subsequently claimed, Bishop Bell would have been 72 and, according to Briden, "physically incapable" of the misconduct attributed to him. Briden rejected this allegation as unfounded "hearsay".

The safeguarding team said: "Lessons have already been learnt from this case and we have apologised for mistakes made in our processes."

Archbishop Welby said: "The Church’s dilemma has been to weigh up the reputation of a highly esteemed bishop who died over 60 years ago alongside a serious allegation. We did not manage our response to the original allegation with the consistency, clarity or accountability that meets the high standards rightly demanded of us. I recognise the hurt that has been done as a consequence.

"This was especially painful for Bishop Bell’s surviving relatives, colleagues and supporters, and to the vast number of people who looked up to him as a remarkable role model, not only in the Diocese of Chichester but across the United Kingdom and globally. I apologise profoundly and unconditionally for the hurt caused to these people by the failures in parts of the process and take responsibility for this failure.

"However, it is still the case that there is a woman who came forward with a serious allegation relating to an historic case of abuse and this cannot be ignored or swept under the carpet. We need to care for her and listen to her voice."

The Independent Inquiry into Child Sexual Abuse has questioned the Church of England over its response to the Bishop Bell case and the review by Lord Carlile.

Archbishop Welby saidd: "We have apologised, and will continue to do so, for our poor response to those brave enough to come forward, while acknowledging that this will not take away the effects of the abuse.

"This very difficult issue therefore leaves the church with an impossible dilemma which I hope people with different perspectives on it will try to understand.

"Finally, I want to make it very clear that Bishop George Bell is one of the most important figures in the history of the Church of England in the 20th century and his legacy is undoubted and must be upheld. His prophetic work for peace and his relationship with Dietrich Bonhoeffer are only two of the many ways in which his legacy is of great significance to us in the Church and we must go on learning from what he has given to us. I hope that ways will be found to underline his legacy and share the learning from his life with future generations."

The Bishop of Chichester, Dr Martin Warner, said: "The judgement from Tim Briden on the new information about Bishop George Bell which came to light at the end of 2017 brings to an end a lengthy examination that has drawn on the recommendations by Lord Alex Carlile in his report on the Church of England’s handling of this matter from the outset. The diocese of Chichester has rightly been called to account for its safeguarding failures of the past – shocking and shaming as they were.

"We hope that the culture of the diocese has changed. We believe that it has been essential to demonstrate a capacity to respond appropriately to any allegation of sexual abuse by a member of the clergy, no matter how senior, or by any person who holds office in the church. We remain committed to this. We would also want to stress the critical importance of responding with compassion and openness to people reporting abuse."

He added: "It is now clear that if an announcement about any other person is to be made, it must not imply certainty when we cannot be certain. We have also now understood much more besides, in particular about the trust that people place in us and their legitimate expectations of us as guardians of the inheritance of faith. We recognise the hurt that has been done to all who have been directly involved, including the family of George Bell and those who continue to respect his achievements, as a result of the areas where we have fallen short. We apologise profoundly and sincerely for our shortcomings in this regard."

However, the Mail on Sunday journalist Peter Hitchens, who one of the campaigners in the case, said the apologies were too "conditional". He told The Tablet he had confirmed that a statue of George Bell planned for Canterbury Cathedral will go ahead. He also called for Bell's name to be restored to buildings and institutions from where it was stripped. "The restitution of George Bell's good name can and should now go ahead."