Catholic youth and young adults stand up for life

Pray with the Pope on new 'Click to Pray' app

He was with Father Fornos, the international director of the Apostolate of Prayer, as he spoke. 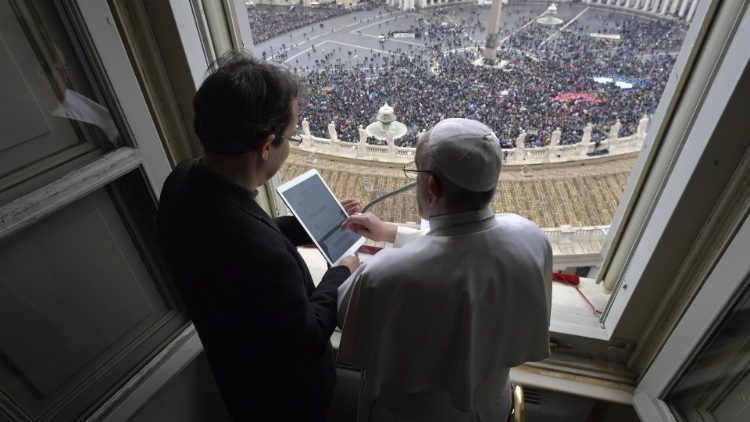 Pope Francis has launched a new prayer app, Click to Pray, to allow Catholics around the world to pray with him and each other.

The app invites users to post their own "prayer intentions" and requests for prayer.

Speaking after the weekly Angelus on Sunday in Rome, Pope Francis said: "I especially invite you young people to download the Click to Pray app , continuing to pray with me the Rosary for Peace, especially during the World Youth Day in Panama."

It also comes before this week message for the World Communications Day will be published, which this year contains a reflection on the communities of the network and the human community.

Pope Francis said: "Internet and social media  are a resource of our time; an opportunity to stay in touch with others, to share values and projects, and to express the desire to make a community. The network can also help us to pray in community, to pray together."

He was with Father Fornos, the international director of the Apostolate of Prayer, as he spoke. He said: "I would like to introduce you to the official platform of the World Network of Prayer of the Pope: Click To Pray. Here I will insert the intentions and requests for prayer for the Church's mission."

The Vatican News site described Click To Pray as a platform that invites men and women from around the world, to accompany the Pope in a mission of compassion for the world. "It has a website and a mobile app, both for Android and iOS, with its social networks, available in six languages (Spanish, English, Italian, French, Portuguese, and German)," the site said.

Click To Pray has three main sections: “Pray with the Pope”, with the Pope’s monthly prayer intentions for the challenges facing humanity and the mission of the Church; “Pray every day”, with a prayer rhythm involving three daily moments; and “Pray with the network” that is a space where users, including Pope Francis, can share their prayers with the others.

Click To Pray is the official prayer platform for World Youth Day 2019, which begins this week in Panama, from 22-27th January 2019,. For this event, the platform includes a special multimedia section to pray and meditate the Rosary for Peace.