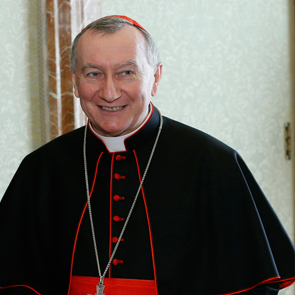 Parolin indicates reform might not be Synod's main focus

Walsingham shrine in search of new leadership after Marists leave

The Catholic shrine at Walsingham is looking for a new director after the Marist Fathers announced they were leaving after almost 50 years.

Following the appointment of Marist father, Alan Williams as Bishop of Brentwood, the order, who have run the shrine since 1968, said they were “not in a position today” to replace him with a new director. It is understood that this is due to declining numbers of Marists.

A process has now been started to find a replacement from among the clergy of England and Wales. This decision was taken following discussions between the Bishop of East Anglia, Alan Hopes – in whose diocese the shrine is located – the Marists and Cardinal Vincent Nichols.

The Roman Catholic National Shrine in the Slipper Chapel, roughly a mile away from the shrine itself, was established by the English hierarchy in 1934. The shrine was established in 1061 in the grounds of a destroyed Augustinian priory now privately owned by the Gurney family. There is a larger Anglican shrine closer to the ruins of the priory which is closely association with the Anglo-Catholic movement in the Church of England. And there is also an Orthodox presence nearby.

Mgr Andrew Burnham, one of the leaders of the Ordinariate of Our Lady of Walsingham – the body created for Anglicans to become Catholics while retaining aspects of their identity – said the group could help provide staff for the shrine.

He added that the ordinariate could “enhance” the relationship between the Catholic and Anglican shrines.

With the departure of the Marist Fathers from the Catholic shrine at Walsingham, the ordinariate could step into the breach and more, argues Mgr Andrew Burnham