Bishops to visit Holy Land in support of Christians 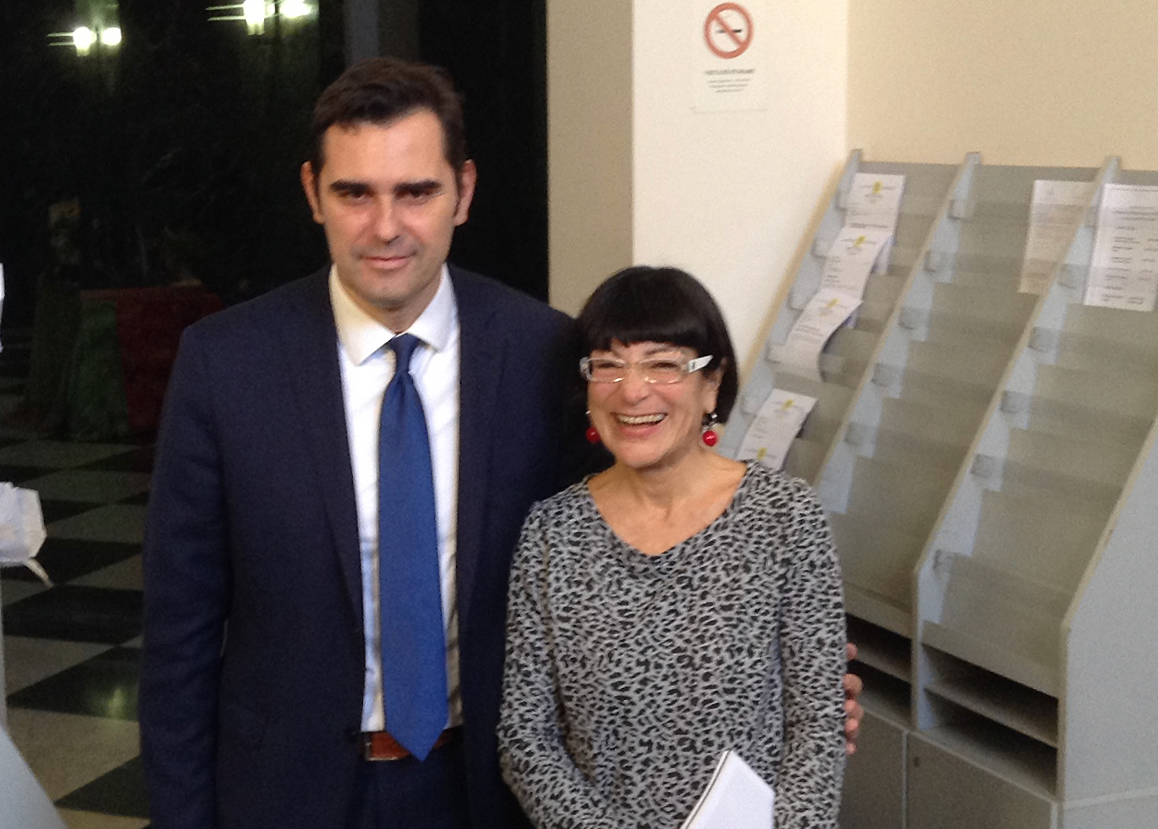 The Vatican has announced a revamping of its media relations operation with a new multilingual team to staff the Holy See press office.

It comes following the abrupt resignations of Greg Burke, the former press office director, and his deputy, Paloma Garcia Ovejero, who dramatically stepped down just weeks before Pope Francis entered one of the most testing periods of his pontificate where he is going to be the subject of close media scrutiny.

Next month Francis is hosting a crucial sex abuse summit with an aim to coordinate the Church's response to the scandal while days before will make a trip to Abu Dhabi becoming the first Pope to visit the Arabian peninsula.

Paolo Ruffini, the Prefect of the Dicastery for Communications, today announced that the small Vatican press office would have four new members including two native English speakers and one with mother tongue Spanish. Two of them are women.

These include Romilda Ferrauto, the long-serving former French section head of Vatican Radio, who will serve as senior adviser to the interim Director of the press office, Alessandro Gisotti and Sister Bernadette Reis, a religious from the United States appointed as assistant to the director. Sister Bernadette is a journalist at Vatican News and a communications advisor to the international leadership body of religious women.

She will work alongside Raúl Cabrera Pérez, a Peruvian Vatican Radio journalist who served on the information commission at last October’s youth synod gathering, and Thaddeus Jones, a US Vatican news employee who takes on the position of office manager.

Speaking to journalists following the announcement, Mr Gisotti underlined that the appointments show that there is “no Italian team” running Vatican communications but “an international team serving the Holy Father.”

The loss of Mr Burke, an American who worked for Time and Fox News, and Ms Garcia Ovejero, a Spanish radio reporter who was the first woman to hold the deputy director role, led to claims that Italians had seized back control of the Holy See’s media operation. Their 31 December 2018 resignations came days after the appointment of experienced Vatican reporter Andrea Tornielli, as Editorial Director of all Holy See media.

Today’s appointments aim to counter the perception of an Italian-centric team, and along with the press office, the Vatican has an in-house news operation which includes more than 200 journalists working across 39 language sections.

Speaking in Italian interspersed with some English and French, Mr Gisotti explained that the revamped press office is aimed at strengthening its internal functions while ensuring there is a strong international element to the operation.

Operating with a tiny staff given the size and scope of a 1.3 billion-member Church, the Holy See press office is the front line for handling media enquiries from journalists across the world.

The media pressure is going to be ramped up to full volume during the February 21-24 summit on clerical sexual abuse which the world’s broadcasters are planning to cover.

The beefing up of the Holy See press office with experienced journalists - and the appointment of Mr Tornielli - also reflect a view in the Vatican that more can be done to communicate Francis’ message. The nominations show that the Pope, who has often praised the work of journalists, is less interested in spin doctors and more in ensuring reliable information is fed into the public domain.

As an 82-year-old Jesuit who loves to makes off the cuff speeches and sometimes personally arranges his interviews, Francis is not someone who can be “managed” by a press officer. But the clerical sexual abuse scandal and the dossier against the Pope released by Archbishop Carlo Maria Viganó has underlined the need for improved institutional communication of this pontificate’s mission.

It has also become increasingly urgent in a frenetic, social-media news environment where misinformation and skewed reporting can travel fast. The early signs are that the Vatican is now trying to get on the front foot.

Mr Tornielli has written an editorial in Vatican News explaining the objective of the February summit, while the Holy See press office has upped its communications and today issued a robust statement in response to a report in a  Colombian publication, El Expediente claiming that past and present Latin American presidents had Vatican bank accounts. The Holy See described the documents contained in the report as “false” adding that the Vatican bank - the IOR (Institute for the Works of Religion) - “reserves the right to take legal action.”

Meanwhile, no official explanation has been given as to why Mr Burke, a member of Opus Dei who appeared to struggled to get fully in sync with a Jesuit Pope, resigned from his role. He had also been appointed by Mgr Dario Vigano the Vatican communications chief who stepped down last year following controversy over the selective release of a letter written by Benedict XVI.

Some argue that the former press officers become frustrated at not having been given sufficient access to the Pope; others that Mr Burke had felt constrained by the new Dicastery of Communications, to which he reported alongside the Secretariat of State, or that he had had fundamental disagreements internally over how to respond to sex abuse.

But Mr Burke was not the Pope’s “personal spokesman”, nor did reform of Vatican communications indicate that the press office should be a sort of “corporate communications” department of the papacy. Francis’ vision of “a poor Church for the poor” doesn’t include a PR filter to get its message across.

Lord (Chris) Patten, who was commissioned to conduct a reform of Holy See communications early on in the Francis pontificate, believes that the spokesman or director of communications needs to be able to see the Pope regularly. This also depends, to a certain extent, on the relationship between the spokesman and the Pope.

“Whoever is the spokesman, it’s about striking a balance between having access to their boss - the principal - and working as part of a broader team,” Lord Patten told The Tablet. “In order to know what the boss wants to be communicated, you need to have easy access to him.

Asked today about the recent resignations, Mr Gisotti said that he could not comment on why it had happened but said that “Greg Burke is a friend” and that he had known Ms Garcia Ovejero since she came to Rome.

The former press officers were well-liked and succeeded in making the Vatican a more user-friendly place for journalists. But the recent changes show this papacy's need for a more proactive media operation which buys into and can transmit its message.