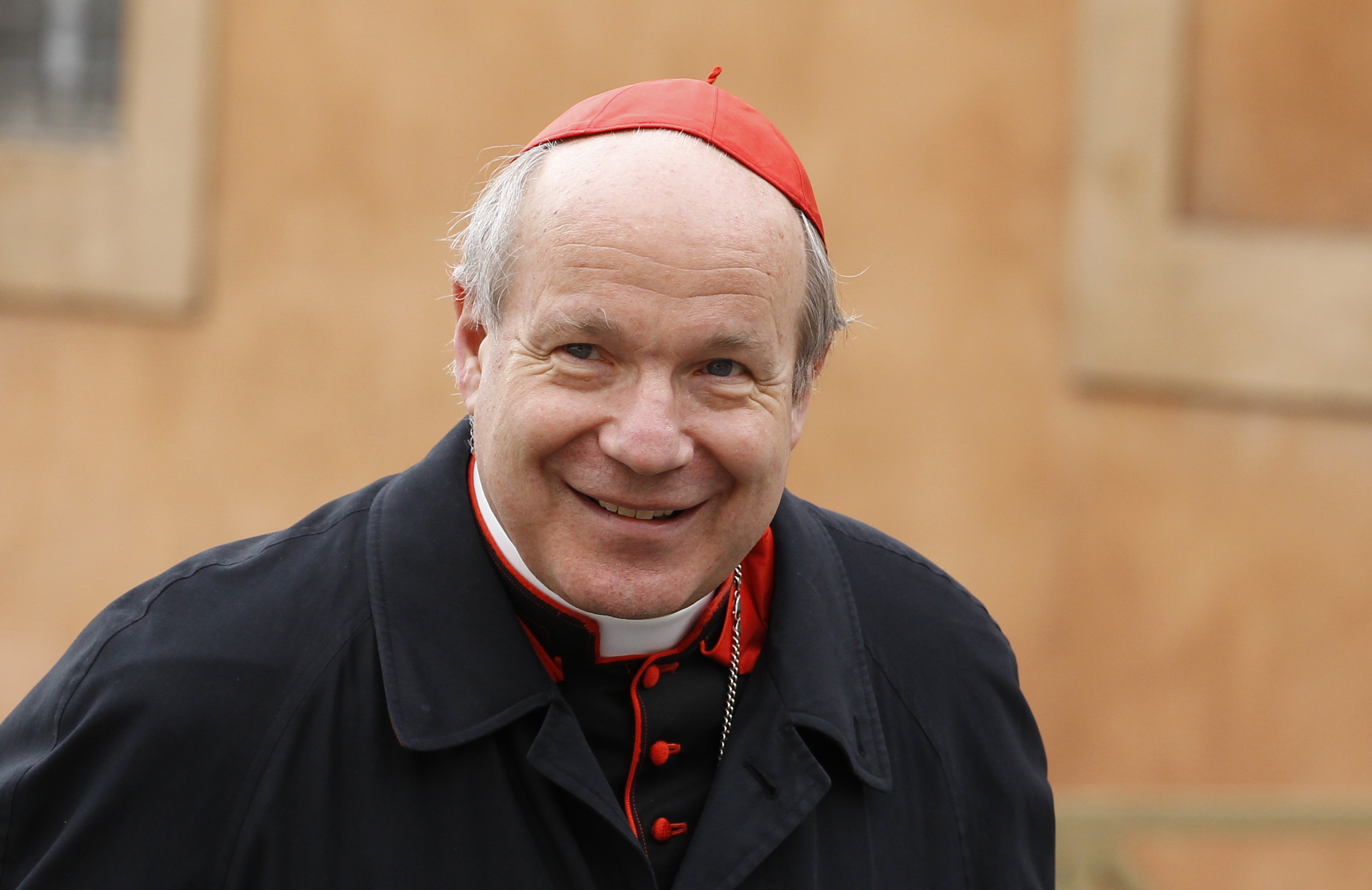 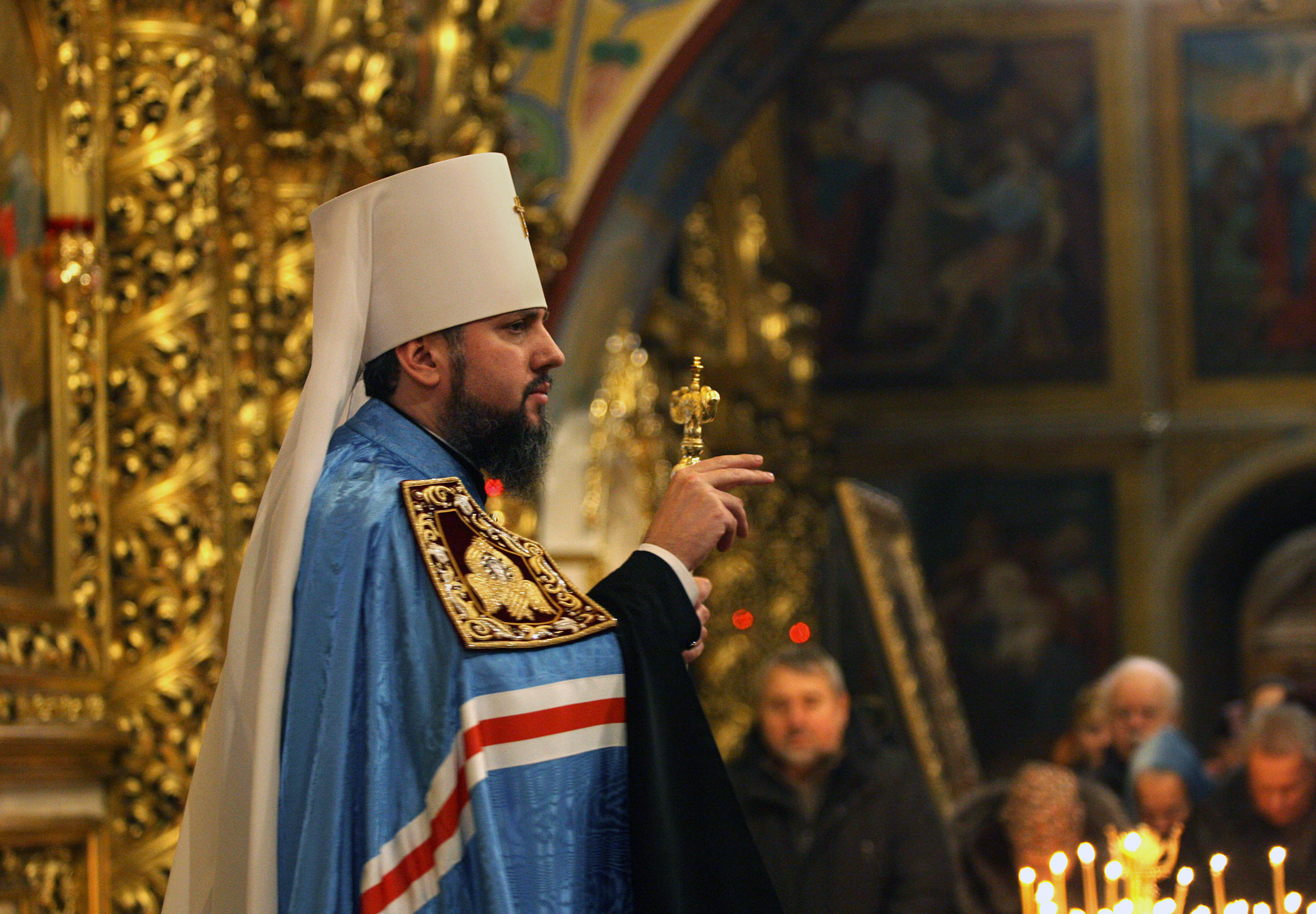 Epiphanius Dumenko, the newly elected Metropolitan of Kiev and All Ukraine, carries out his first liturgy at the St. Michael's Golden-Domed Cathedral in Kiev, December 16, 2018
Siryk Anatolii/Zuma Press/PA Images

"This decision consolidates our nation and will help it withstand the enemy which seeks to destroy us", said Major Archbishop Sviatoslav Shevchuk, head of Ukraine's Greek Catholic Church. "Our Christian unity provides a necessary platform for our national, social and state unity, and will enable us to oppose all external forces which aim at destroying our identity and common statehood".

The archbishop made his remarks in a TV interview after a decree establishing the new church was handed over on Sunday by Patriarch Bartholomew to Epiphanius Dumenko, the newly elected Metropolitan of Kiev and All Ukraine. He said the church's creation was a "historic development, awaited for centuries", and would enable Catholic and Orthodox Christians to "speak the truth about Ukraine and its pains and sufferings with one voice".

"While we cannot change history, we can now build our future", said Archbishop Shevchuk, whose church combines eastern rites with loyalty to Rome. "It's obvious this will have an important effect on our country's history, as the inheritors of Kievan Christianity, meaning Orthodox and Greek Catholics, are truly enabled to know their identity better".

The decree, or tomos of autocephaly, was presented to the 39-year-old Metropolitan Epiphanius during a liturgy in Greek and Ukrainian at Istanbul's St George cathedral, attended by President Petro Poroshenko and Andrij Parubij, speaker of Ukraine's Verkhovna Rada parliament. Speaking at the service, the Metropolitan said the church's creation had "overcome an old injustice", adding that he prayed it would provide "protection and peace for Ukraine". Meanwhile, President Poroshenko said the new church, formed despite "intense pressure from Moscow", would represent "another act of state independence" and meet the hopes of Ukrainians "for more than a thousand years".

However, a senior Moscow Patriarchate official, Vladimir Legoyda, whose church has threatened to open parishes rivalling Patriarch Bartholomew's worldwide, dismissed the decree as "a piece of paper resulting from unbridled political and personal ambitions", and warned it would have "no canonical force". Meanwhile, Russia's Orthodox Patriarch Kirill told the Rossiya-1 TV channel the 15 December Unification Council in Kiev, during which Epiphanius was elected by 192 bishops from Ukraine's three previously divided Orthodox denominations, had been guided by "puppeteers" and would not deter Ukraine's Moscow-linked Orthodox church from "remaining true to itself".

The new Ukrainian body will be the world's fifteenth main Orthodox church, and is expected to be recognised soon by 11 communities under the Ecumenical Patriarchate's direct jurisdiction, as well by the churches of Greece, Cyprus and Romania, and some of Orthodoxy's five historical patriarchates. However, Orthodox leaders in Serbia and Poland, which have close Russian ties, have vowed to refuse recognition, while others have declined to take positions.

Russian Orthodox leaders severed ties with Patriarch Bartholomew, who is honorary primate of the world's 300 million Orthodox, after he declared an end last October to the Moscow Patriarchate's 332-year jurisdiction over Ukraine and recognised the country's breakaway Kiev Patriarchate and Autocephalous church. Patriarch Kirill, who warned that Orthodox Christians faced "full-scale persecution" in Ukraine in a December letter to the Pope and world leaders, has accused Bartholomew of "lacking a sound mind" and igniting "bloody conflicts", and told him in a 30 December letter he would answer for his actions at the Day of Judgement.