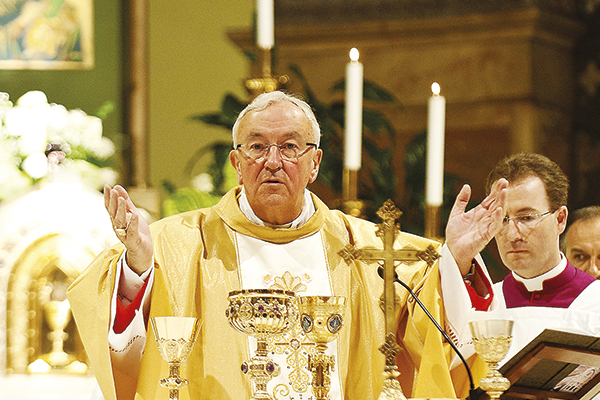 The circus was in town, so Pope Francis took time in his general audience to practise spinning a ball on one finger 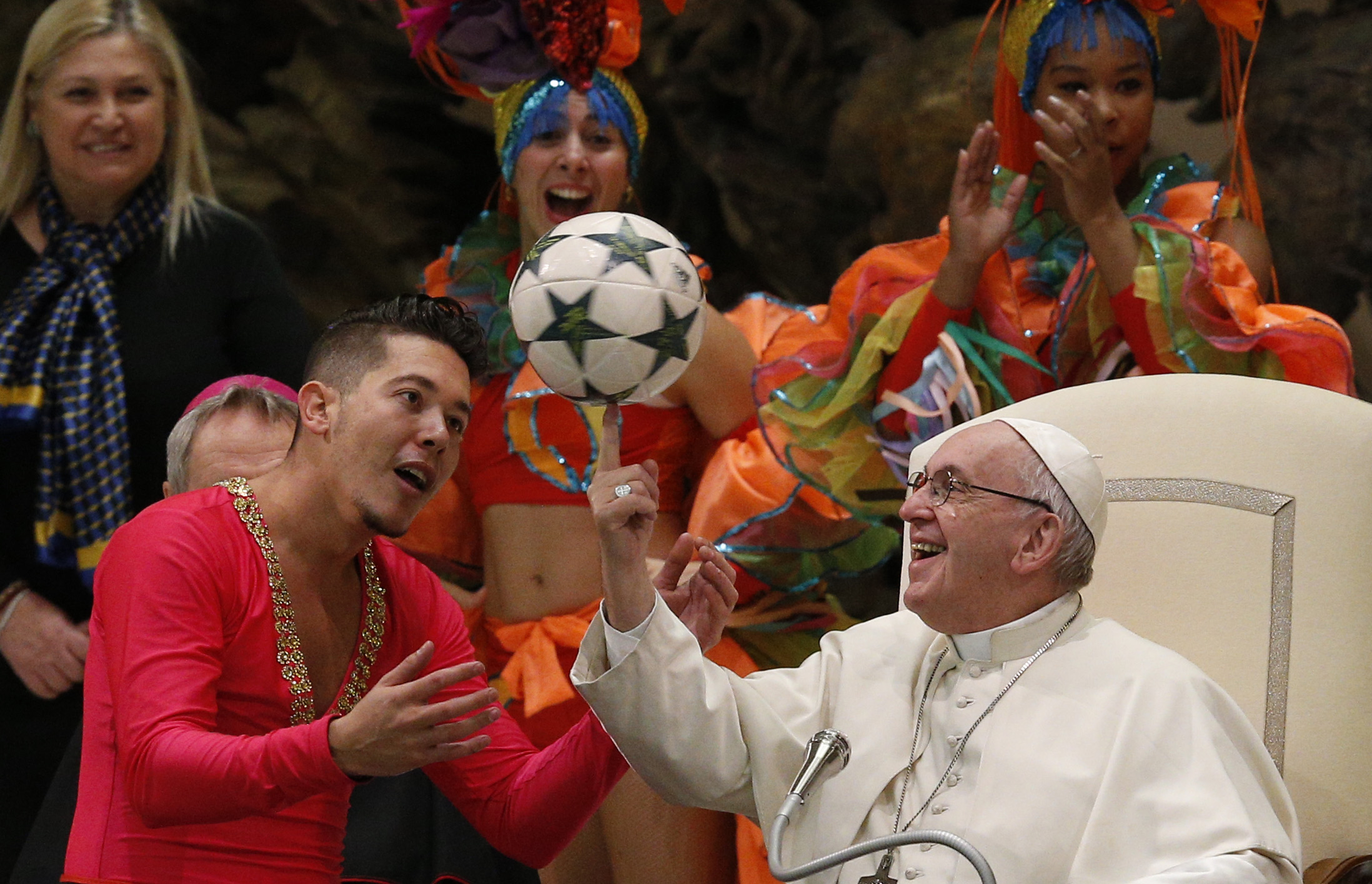 Pope Francis twirls a soccer ball presented by a member of CirCuba, the Cuban national circus, during his general audience in Paul VI hall at the Vatican Jan. 2.
CNS/Paul Haring

Christians are not better than other people, but they do know that God is their father and they are called "to reflect a ray of his goodness in this world thirsting for goodness, waiting for good news," Pope Francis said.

Leading his first general audience of 2019, the pope continued a series of talks he has been giving about the Lord's Prayer. But he also welcomed artists from CirCuba, the national circus of Cuba, who were performing in Rome over the holidays.

One of the performers even had a very willing pope help him with his act by balancing a spinning ball on his finger. At the end of the audience Jan. 2, the pope praised the performers for their hard work and for the way they lift people's spirits with their shows.

In his main audience talk, Pope Francis explained how the Gospel of Matthew presents the Lord's Prayer as part of Jesus' Sermon on the Mount, which also includes the Eight Beatitudes.

Proclaiming the beatitudes, the pope said, Jesus affirms the blessedness and happiness of "a series of categories of people, who – in his time, but also in ours – are not particularly esteemed. Blessed are the poor, the meek, the merciful, the humble of heart. This is the revolution of the Gospel! Where the Gospel is, there is revolution because the Gospel does not leave things as they were."

With the beatitudes, he said, Jesus is telling people that those "who carry in their hearts the mystery of a God who revealed his omnipotence in love and pardon" are those who come closest to understanding him.

The core of the Sermon on the Mount, he said, is: "You are sons and daughters of your Father who is in heaven," which is why Jesus then teaches the crowd to pray the Our Father.

Summarising his talk in Spanish, Pope Francis said: "God does not want to be appeased with long streams of adulation, as the pagans did to win the benevolence of the deity; it is enough to talk to him like a father who knows what we need before we even tell him."

"The Christian is not someone who tries to be better than others, but one who knows he or she is a sinner," the pope said. A Christian knows how to stand before God with awe, to call upon him as Father and try to reflect his goodness in the world.

Jesus urges his followers not to be like the hypocrites who pray just to be seen, the pope said. "How often have we seen the scandal of those people who go to church, spend the whole day there or go every day and then they live hating others or speaking badly of others – this is a scandal. It would be better not to go to church.

"If you go to church, live like a child (of God) and like a brother or sister" to others, Pope Francis said.

In teaching the Our Father, Jesus was helping his followers learn the essence of prayer and the importance of not thinking that using more words makes for a better prayer, he said. "The pagans thought that by speaking, speaking, speaking, they were praying."

Praying isn't like being "a parrot," who repeats an endless stream of words, the pope said. "No, praying comes from the heart, from inside."

He continued: "It even could be a silent prayer. Basically, it is enough to put yourself under God's gaze, recognise his fatherly love – and that's enough to be heard. How beautiful it is to think that our God does not need sacrifices to win his favour. He needs nothing," the pope said. "He asks only that we keep open a channel of communication with him to discover continually that we are his beloved children."