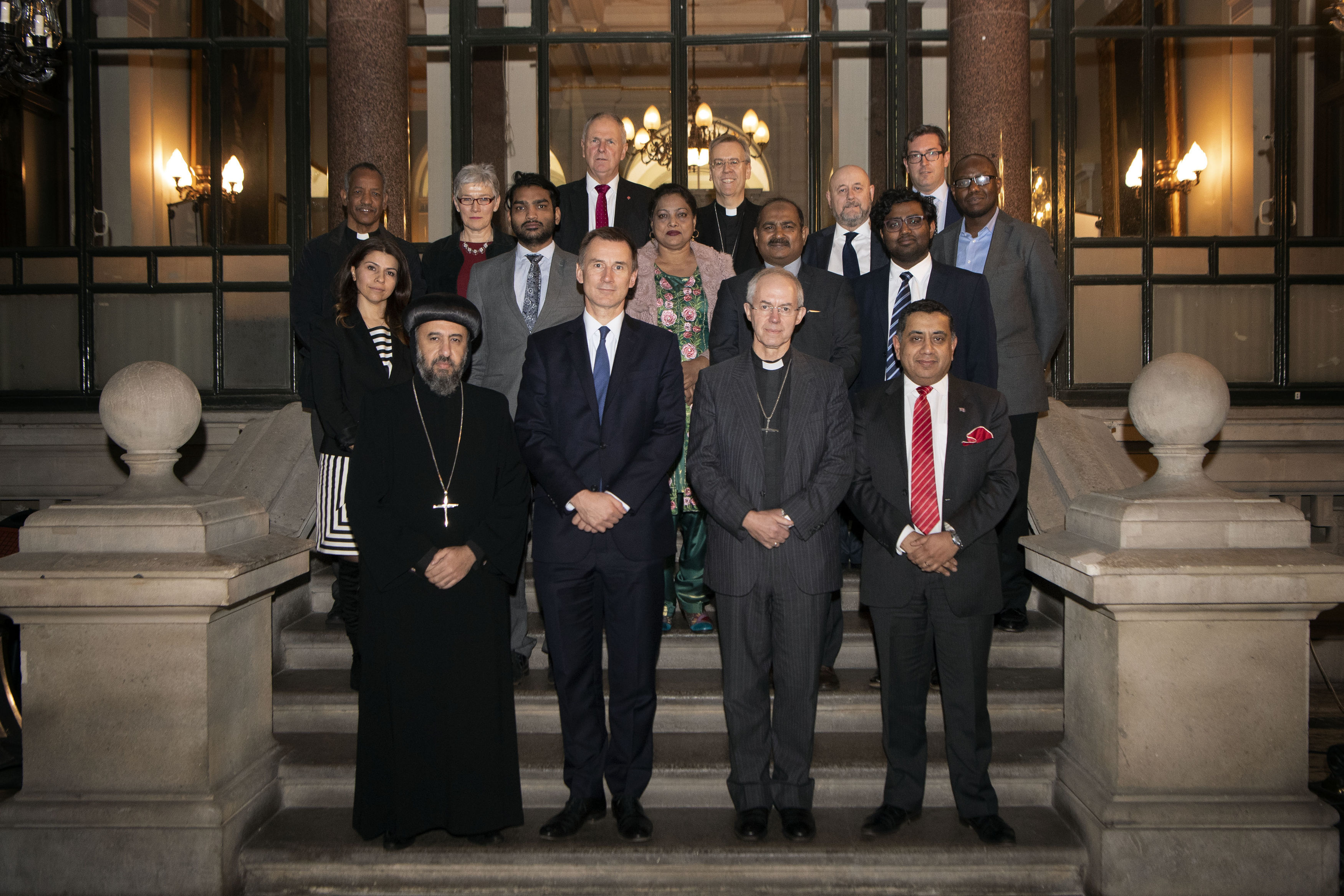 'Christmas is a celebration for all and its message is addressed to every person of good will.' 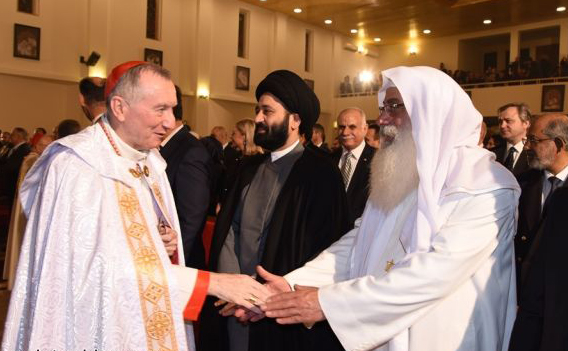 Christians and Muslims in Iraq are called by the same God to rebuild a nation where peace, harmony and justice reign, said Cardinal Pietro Parolin, Vatican secretary of state, during a Christmas visit to Baghdad.

Cardinal Parolin was scheduled to be in Iraq Dec. 24-28; he celebrated Christmas liturgies in the Chaldean, Syriac Catholic and Latin-rite cathedrals in Baghdad and brought Christmas greetings from Pope Francis to all the people of Iraq.

Recognising that Muslims believe in the virgin birth of Jesus and acknowledge him as a prophet, the cardinal's said in his message to the nation: "Christmas is a celebration for all and its message is addressed to every person of good will.

"As individuals and communities, Christians and Muslims are called to enlighten the darkness of fear and nonsense, irresponsibility and hatred with words and acts of light, sowing with full hands seeds of peace, truth, justice, freedom and love."

He urged the people of Iraq to recognise how much they have in common and to work together for a better future.

Preaching at the liturgy in the Chaldean Cathedral of St. Joseph Dec. 24, Cardinal Parolin said only God can give people lasting peace and, with his help, people must reinforce and strengthen it with law and with justice.

The cardinal concelebrated with Cardinal Louis Sako, patriarch of Chaldean Catholics, at the liturgy attended by Iraqi President Barham Salih and his wife; government ministers; religious authorities from the Shiite, Sunni, Sabean and Yazidi communities; and ambassadors, including those from the United States and Iran.

"What is the courage to face life each day in both its beautiful and dark moments?" he asked. "What is the love 'that covers all, believes all, hopes all and endures all' and makes us live in communion as brothers and sisters, to accept everyone with their limits and talents, like Jesus did?"

The answer, he said, is found in the concrete love of God, who became human and was born in a manger to save everyone who welcomes him with "an open, simple and humble heart."

Cardinal Sako, speaking at the liturgy, thanked Pope Francis for his constant care and concern for the Iraqi people.

"I sincerely hope that His Holiness will soon visit our country," the cardinal said.

Also Christmas Eve, in the Syriac Catholic Cathedral of Our Lady of Deliverance, Cardinal Parolin participated in the traditional Syriac Christmas tradition of lighting a fire in front of the altar to evoke the scene of the shepherds gathering the night they heard the angels proclaim the birth of Jesus.

In 2010, the cathedral was the scene of a terrorist attack that killed two priests and close to 60 other people.

The Christmas fire, Cardinal Parolin said, is a reminder that the love of God breaks into human history and "never allows human evil to win. He enters to dissipate the darkness with his light and to give a new beginning, like he is doing here and now on this holy and glorious night."

Celebrating Christmas morning Mass in Baghdad's Latin-rite cathedral, the cardinal urged members of the congregation to let themselves "be touched by the tenderness of God who saves us. Let us draw near to God, who draws near to us. Let us live with gratitude the true spirit of Christmas: the beauty of being loved by God."

The cardinal prayed that all Catholics would allow themselves "to be transformed from the inside to live like true children of God and to experience the new life he brought us -- a life of love, forgiveness, respect for others, peace and harmony."

According to reports, Cardinal Parolin was scheduled to travel to northern Iraq after Christmas to meet with Kurdish leaders in Irbil and to celebrate Mass in Qaraqosh, a city in the Ninevah Plains, where some 100,000 Christians were uprooted in 2014 by Islamic State fighters.

Contributing to this story was Doreen Abi Raad in Beirut, Lebanon.