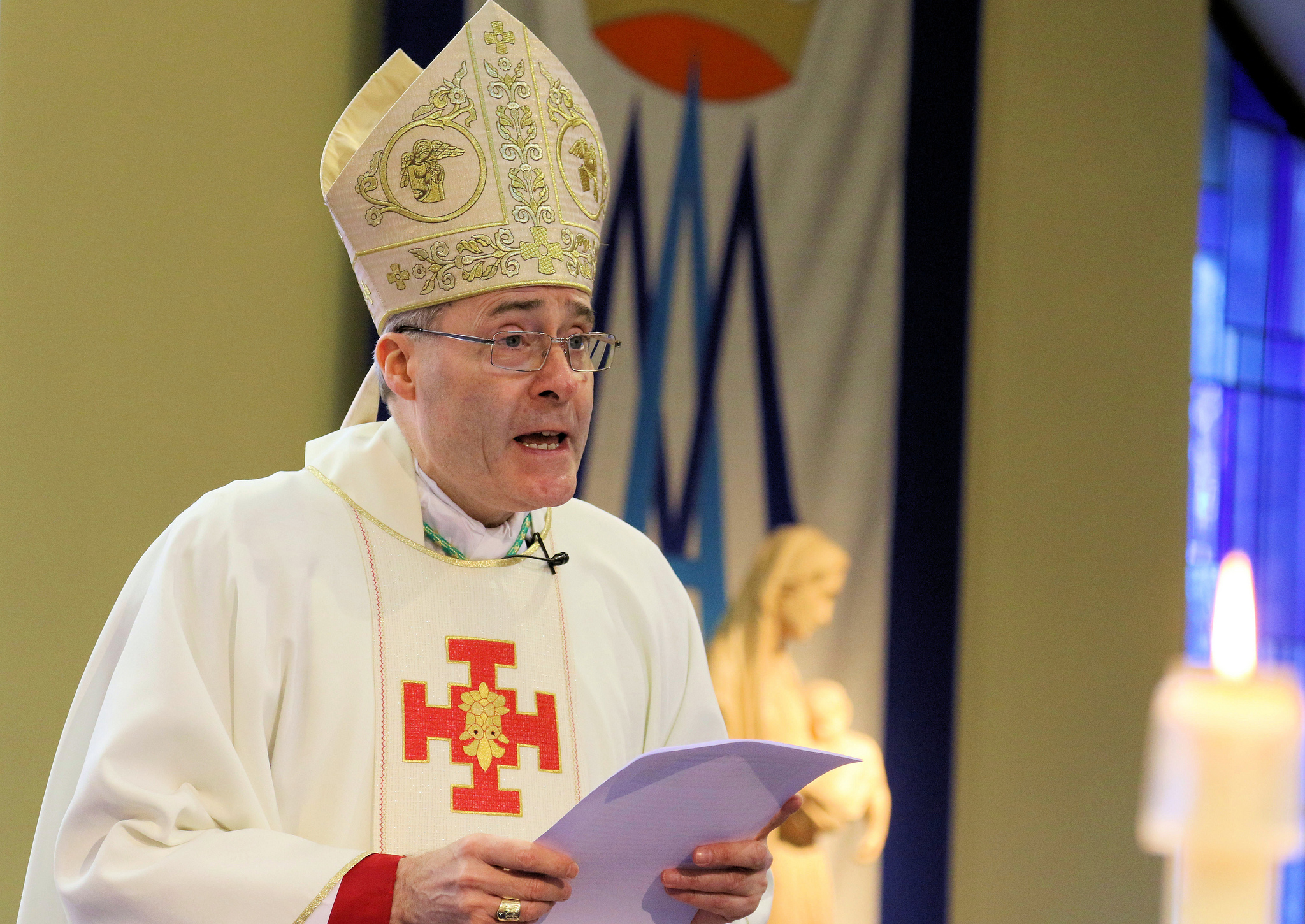 Pope tells child abusers to turn themselves in 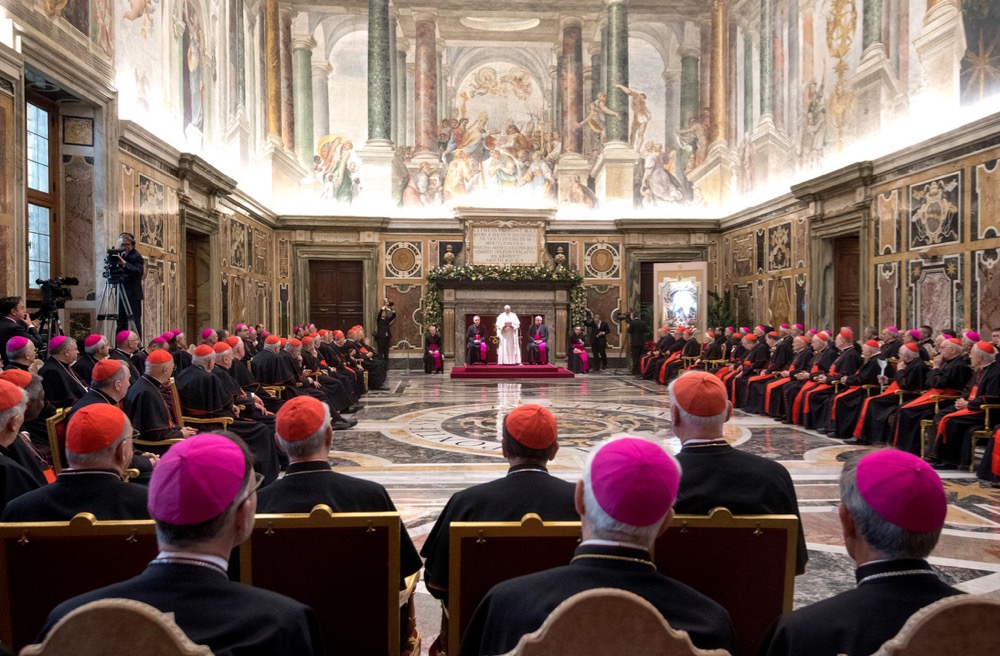 In this 2017 file photo, Pope Francis speaks during his annual pre-Christmas meeting with top officials of the Roman Curia and members of the College of Cardinals in Clementine Hall at the Vatican.
CNS/Claudio Peri pool via Reuters

Pope Francis says abusers of children must turn themselves over to civil authorities and “prepare for divine justice” while pledging that the Church will “spare no effort” in bringing perpetrators of sexual crime to justice.

In a hard-hitting annual address to the Roman Curia, his closest collaborators in Catholicism’s central administration, the 82-year-old Pope offered a series of remarks that make the speech an important “moment” in the Church’s handling of the sexual abuse scandal which for decades saw bishops and religious superiors ignore, deny or cover-up the crimes and wrongdoing.

Three major points can be taken from the address. First, Francis sought, once and for all, to drive a stake through the heart of a clericalist mentality where priest abusers were protected by Church authorities. No longer sexually abuse should be protected by the Church on the grounds of their sacerdotal status, and never again can perpetrators were shielded from justice by being moved from parish to parish.

“To those who abuse minors I would say this: convert and hand yourself over to human justice, and prepare for divine justice,” the Pope told a group of cardinals, bishops and officials gathered inside the Vatican’s Apostolic Palace.

“Let it be clear that before these abominations the Church will spare no effort to do all that is necessary to bring to justice whosoever has committed such crimes. The Church will never seek to hush up or not take seriously any case.”

Second, he is calling for an end to an “in-house approach” to the problem, which was suspicious of outside experts and hostile to the media for trying to expose the problem.

While in the past senior figures in the Vatican have complained about what they see as a relentless focus on abuse in the Church, the Pope today thanked journalists for exposing the scandal adding that experts will be drafted in to work with bishops during an anti-abuse summit in Rome from 21-24 February.

The gathering is the first time the Church hierarchy has gathered to find a coordinated cross-cultural response. “This coming February, the Church will restate her firm resolve to pursue unstintingly a path of purification,” he said. “She will question, with the help of experts, how best to protect children, to avoid these tragedies, to bring healing and restoration to the victims, and to improve the training imparted in seminaries.

"An effort will be made to make past mistakes opportunities for eliminating this scourge, not only from the body of the Church but also from that of society.”

Third, more than protocols and guidelines, the Pope’s speech signals his desire for a change in mentality inside the Church, and a call for an inner conversion amongst those who occupy the most senior positions.

A large chunk of his speech was a reflection on the story of King David in the Old Testament who, the Pope explained, had committed the “triple sin” of abusing power, sexual abuse and abuse of conscience.

David, Francis pointed out, repented and should be seen in contrast to Judas Iscariot, who betrayed Christ and then took his own life. “David the sinner and Judas Iscariot will always be present in the Church, since they represent the weakness that is part of our human condition. They are icons of the sins and crimes committed by those who are chosen and consecrated,” the Pope said.

These two figures show the difference between sin – which can be repented of – and corruption, where someone becomes immune from perceiving the reality of their own sins.

“All of us, then, in order to make Christ's light shine forth, have the duty to combat all spiritual corruption,” the Pope said.

All, in order to make Christ's light shine forth, have the duty to combat all spiritual corruption, which is "worse than the fall of the sinner, for it is a comfortable and self-satisfied form of blindness".

Before wishing his senior team a happy Christmas, Francis finished his address stressing that failures can be turned into "opportunities for renewal" and "evil into an opportunity for purification and triumph".