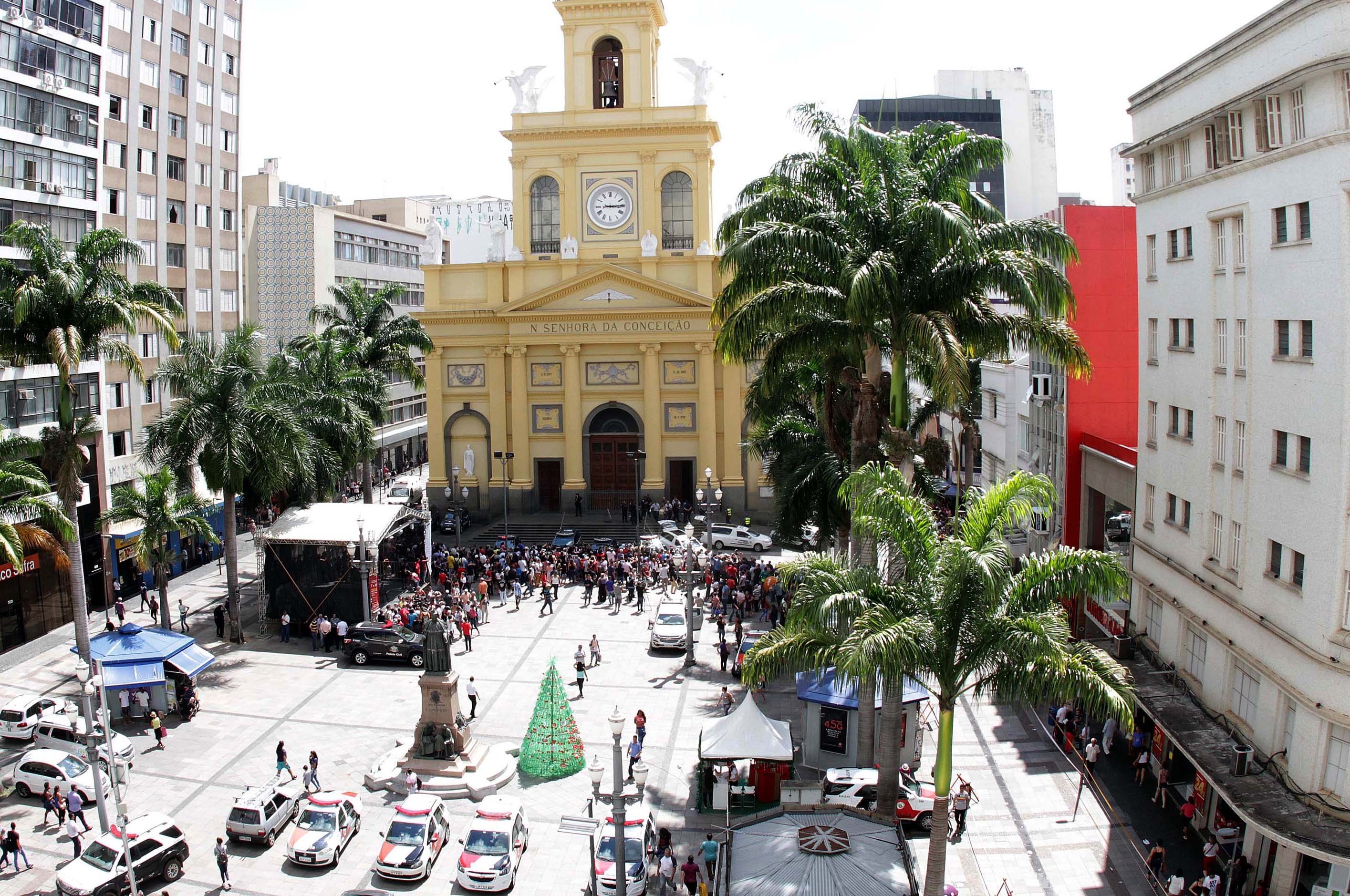 Cardinal Parolin: With migration, cooperation is better than isolationism 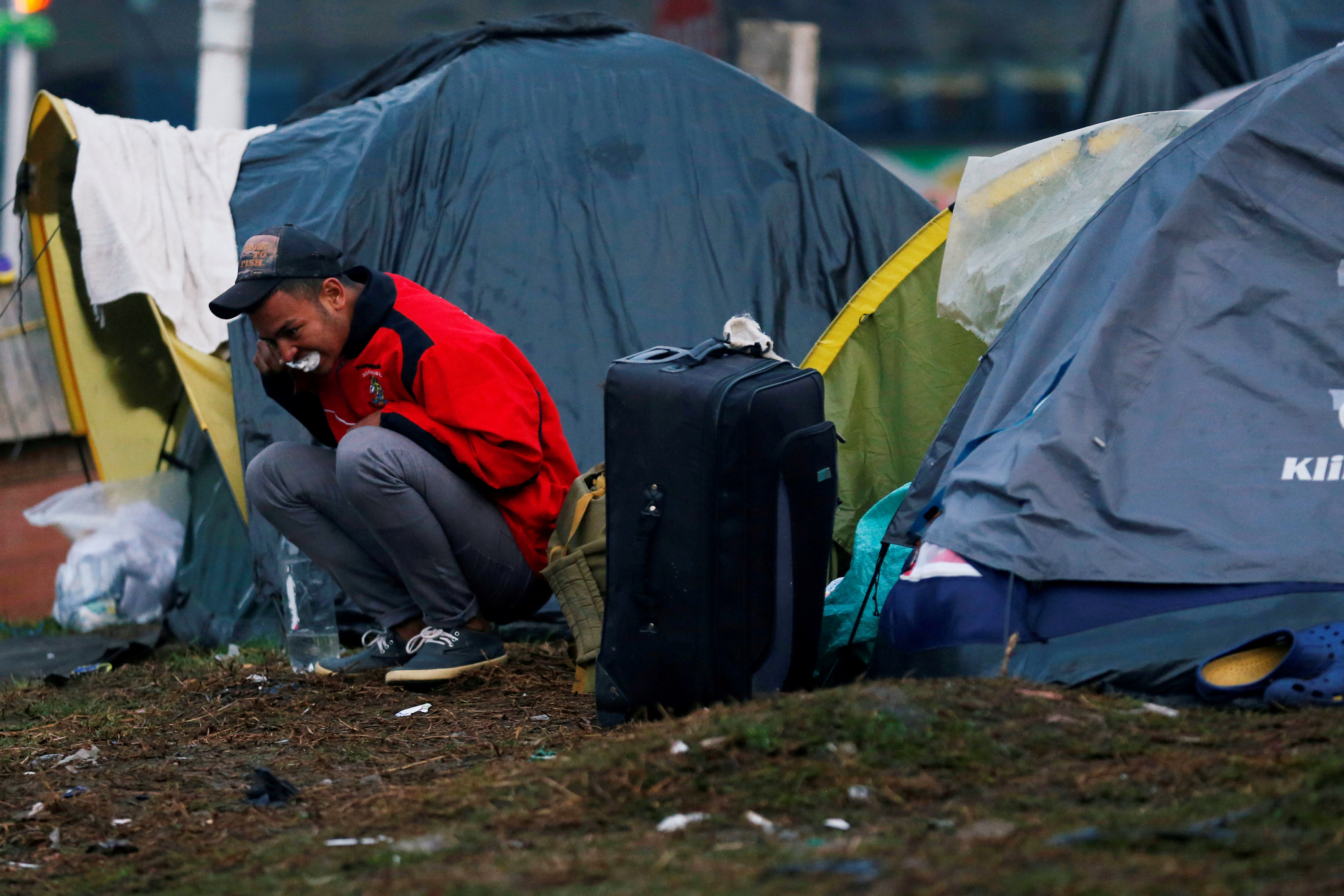 A Venezuelan migrant brushes his teeth outside his tent at a makeshift camp Nov. 26 in Bogota, Colombia.
NS photo/Luisa Gonzalez, Reuters

The Vatican praised the adoption by more than 160 nations of a key agreement on global migration, saying today's migration challenges are better tackled together than with "isolationist" stances.

The UN Global Compact for Safe, Orderly and Regular Migration "includes a comprehensive framework of best practices and policy instruments to increase international cooperation and sharing of responsibility in the governance of migration," Cardinal Pietro Parolin, head of the Vatican delegation, told government leaders.

The agreement, which is not legally binding, gives countries "the space to respond to their national circumstances and priorities, in full respect of international law and of the human rights of all migrants, regardless of their status," he said at the gathering on 10 December.

"Its implementation will help all governments, as well as nongovernmental entities, including faith-based organisations, collectively to manage migration in a more safe, orderly and regular manner, something no state can achieve alone," said the cardinal, who is the Vatican secretary of state. The Vatican released a copy of the cardinal's remarks on 11 December.

More than 160 nations formally adopted the agreement on 10 December at an international conference in Marrakech, Morocco. The United States, Australia, New Zealand, Israel, Chile and a handful of European countries were among more than a dozen nations that did not support the pact and its provisions.

Cardinal Parolin noted the refusal of some nations to take part in the conference or in the process of drafting the agreement. The Vatican, however, "is convinced that the enormous challenges that migration poses are best faced through multilateral processes rather than isolationist policies," he said.

While the Vatican supported the compact, he said, it will present "its reservations in due time, specifically on those documents in the compact that contain terminology, principles and guidelines that are not agreed language, including certain ideological interpretations of human rights that do not recognize the inherent value and dignity of human life at every stage of its beginning, development and end."

Nonetheless, the global compact is still is a "significant advance in the international community's shared responsibility to act in solidarity with people on the move, especially those who find themselves in very precarious situations," he said, as it allows states to "improve their respective migration policies and, together, the international management of migration."

"As we have seen in recent years," he said, when challenges "are not managed well, crises can form, rhetoric can eclipse reason, and migrants can be seen more as threats than as brothers and sisters in need of solidarity and basic services."

The United Nations estimates that there are over 258 million migrants around the world living outside their country of birth, and, it said, that figure is expected to grow. The compact arose from the awareness that a more global and comprehensive approach was needed to promote the benefits of migration and tackle the risks and challenges facing individuals and communities in countries of origin, transit and destination.

During a dialogue session at the Marrakech conference, discussing concrete ways to create partnerships and implement the pact, Cardinal Parolin said the Vatican urged the international community to help address the root causes of migration by being committed to fostering peace and development around the world.

While it is important to help make migration voluntary and safe, orderly and regular, people still should have the right not to migrate, he said.

Because the compact states, "We must work together to create conditions that allow communities and individuals to live in safety and dignity in their own countries," adequate responses must be given "to the adverse drivers of migration, most especially, violent conflicts and extreme poverty," he said.

"Situations of violence, inhumane living conditions, and economic hardship, as well as natural disasters and environmental degradation, affect not only those countries where they arise but also those countries of transit and destination," he said.

It requires more than just providing international development assistance and humanitarian aid, he said. It "also involves the commitment to the integral human development of every individual, providing each person with the basic conditions and opportunities to live a decent life.

"Few would leave if they had access to jobs, education, health care and other basic goods and services that are fundamental to every person's fulfillment and basic well-being. Also essential to stability are the fundamental rights to be able to practice one's religion freely, without fear of persecution or discrimination, as well as the right to political participation and freedom of expression," Cardinal Parolin said.

The other commitment the Vatican would like to emphasize, he said, is making sure all migrants, regardless of their status, "be guaranteed due process and receive an individual assessment that will determine their status."

"In the case of children and victims of trafficking, such measures are crucial if we are to respond adequately to their needs and be sure that they not find themselves in the very same situation that they sought to leave behind," he said.

Countries must also promote policies that favor family reunification and "prevent their separation throughout the migration process, while working toward ending the practice of detention, particularly of minors," he added.

Since migration very likely will continue in the coming years, "we consider it necessary to widen the regular and sure channels of emigration through generous and responsible policies, inspired by solidarity and co-responsibility," he said.