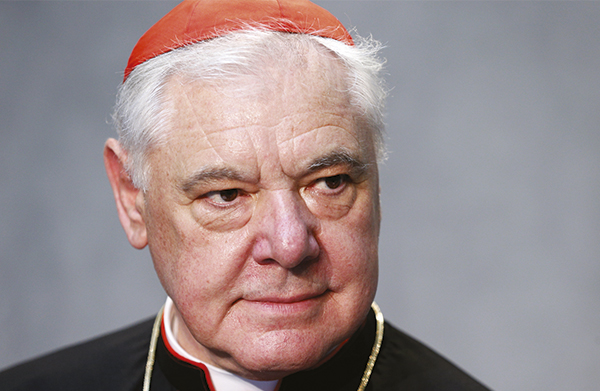 Müller insists Francis is doing all he can to curb abuse

The unfolding clergy sex-abuse scandal in the US widened last week, with a joint raid by federal, state and local police on the office of Cardinal Daniel DiNardo, president of the US bishops’ conference and Archbishop of Galveston-Houston, writes Michael Sean Winters.

Arrested in September, the priest is accused of two counts of sexual indecency with a child between 1998 and 2000. Ligon emphasised the narrow scope of the search, saying: “This is not a search warrant of the Catholic Church, nor is it of its employees.” However, Ligon also indicated that Cardinal DiNardo and his staff had not been informed of the warrant in advance. “The State of Texas is not required to go through the Catholic Church” in its investigations, he said.

Television images of police removing crates of documents from the chancery building spread across the Internet.

The same day, the office of the Attorney General of New Mexico served a similar search warrant on the administrative offices of the Archdiocese of Santa Fe, seeking documents related to two priests, Marvin Archuleta and Sabine Griego, previously accused of sex abuse. The archdiocese had previously removed both men from ministry and in 2017 it published their names with those of 72 other clergy credibly accused of sexually abusing minors.

The following day, Archbishop John Wester announced that the archdiocese was seeking bankruptcy protection, known as “Chapter 11”, for the relevant section of the legal code. “I wish to make clear that our first and foremost concern is the victims of sexual abuse and our desire to do all we can to provide for their just compensation,” Wester said in a statement. “We have not taken this step to avoid responsibility. On the contrary, we believe that Chapter 11 is the most equitable way for the archdiocese to address its responsibility to victim-survivors,” he added.