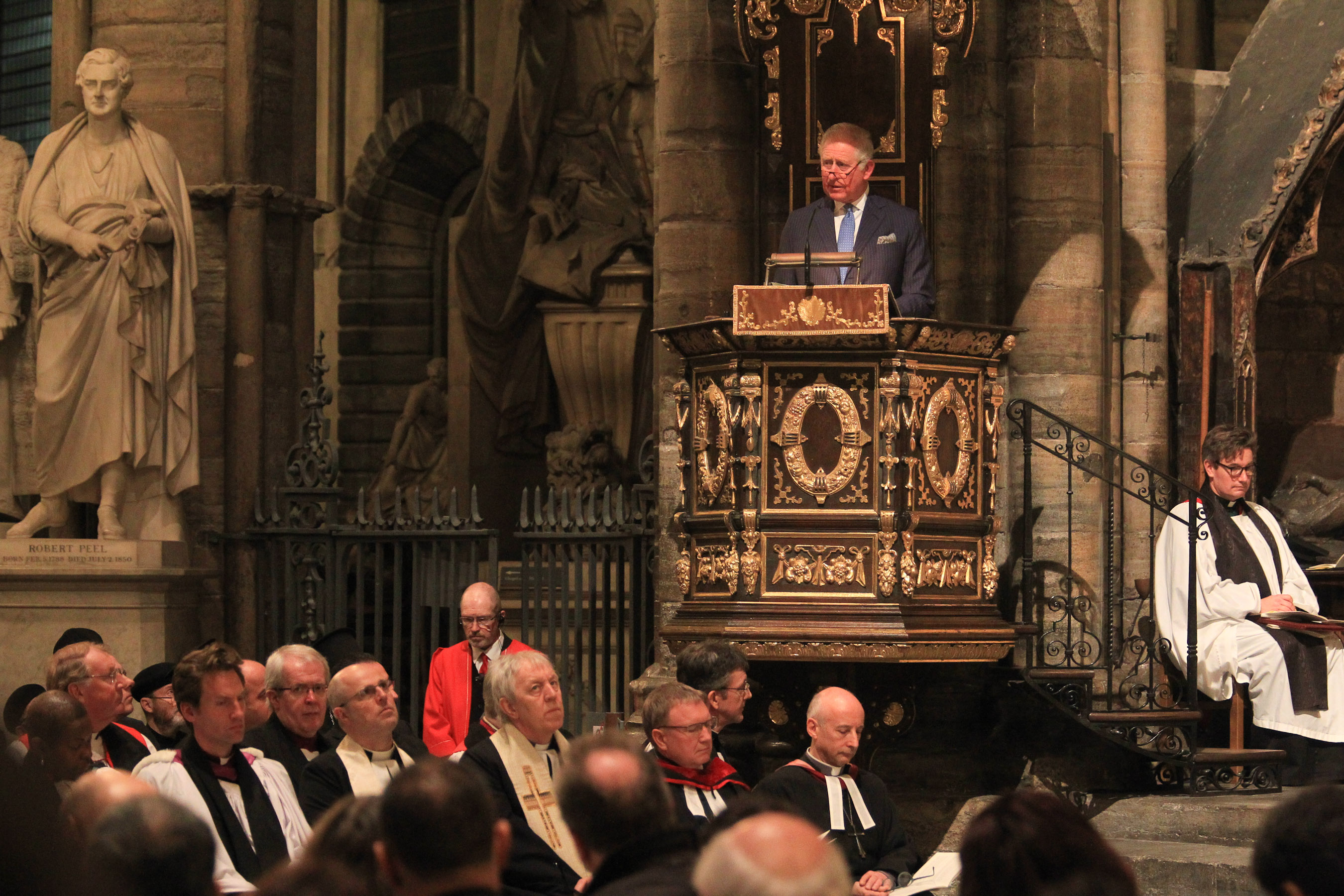 In a message of hope for Christians in the Middle East, the Prince of Wales has said that “coexistence” in the region is possible.

“Extremism and division” are not inevitable, he said during an address given at a special service held at Westminster Abbey on 4 December to celebrate the contribution of Christians in the Middle East.

Prince Charles said he was privileged to have met so many Christians from the region with such “inspiring faith and courage” who are either battling oppression and persecution, or who have been forced to flee to escape it.

“Time and again, I have been deeply humbled and profoundly moved by the extraordinary grace and capacity for forgiveness that I have seen in those who have suffered so much,” he said.

He continued, saying that forgiveness was neither passive nor submissive, but “an act of supreme courage, of a refusal to be defined by the sin against you, of determination that love will triumph over hate”.

He pointed out that “throughout history” Jews, Muslims and Christians have lived side by side in the region.

“Co-existence and understanding are not just possible, therefore; they are confirmed by hundreds of years of shared experience. Extremism and division are by no means inevitable,” he said.

The service was attended by more than 1,000 people including congregations from the Coptic Orthodox Church Centre; Syriac Catholic Church and Iraqi Chaldean Catholic Church. Sister Nazek Matty from St Catherine of Siena in Iraq and Theophilos III, the Orthodox Patriarch of Jerusalem, gave reflections. The Archbishop of Canterbury, Justin Welby, also gave an address.

Prince Charles ended his address by saying: “So in this season of Advent, as we celebrate the birth of our Lord Jesus Christ, who himself knew exile, injustice and suffering, I can only assure you of our steadfast support and most heartfelt prayers as you take forward your works of restoration, justice and healing, so that God’s will might be done on earth as it is in heaven.”

The Prince regularly expresses concern about the challenges facing Christians in Middle-Eastern nations. He has held meetings at Clarence House with Christian leaders and refugees from the Middle East along with representatives from charity, Aid to the Church in Need.

Aid to the Church in Need, a Catholic charity first founded after World War II to help Christians persecuted by Communist regimes, now focuses on their desperate situation in the Middle East.

A spokesperson for ACN said ahead of Tuesday evening’s service that they hoped it will “offer encouragement to Christians throughout the region and celebrate the contribution they make to their communities.”

Last week it helped organise the annual Red Wednesday event where public buildings, including Westminster Abbey and the Houses of Parliament, were illuminated in red to highlight the suffering of Christians around the world persecuted for their faith.

Prince Charles The Prince of Wales Westminster Abbey Aid to the Church in Need Christians in the Middle East Persecution of Christians Archbishop of Canterbury, Justin Welby