German government wants to work with Church to prevent abuse 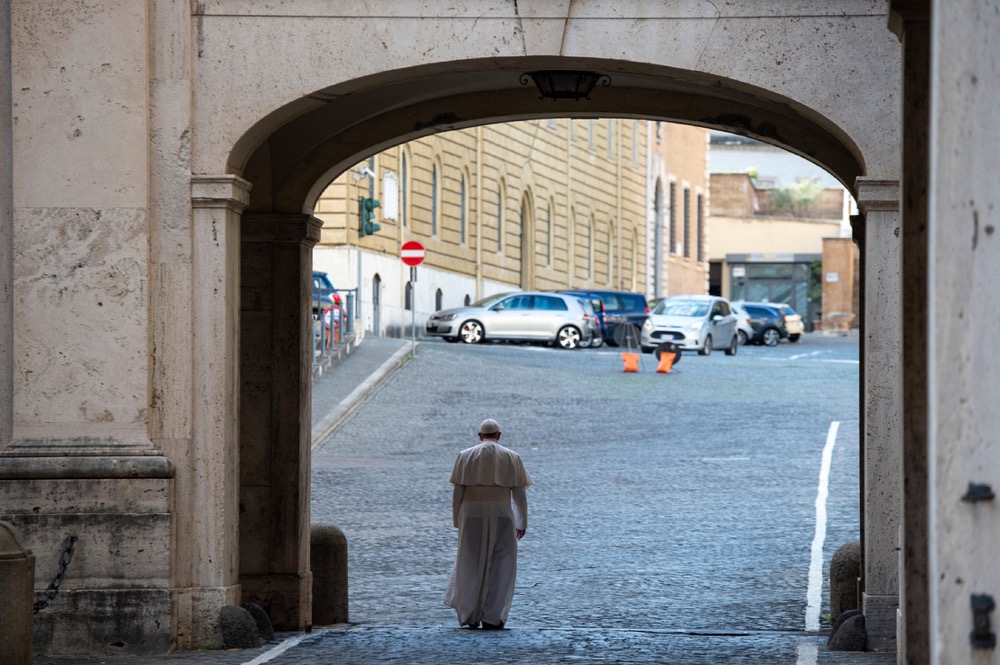 Pope Francis walks alone in the streets of the Vatican going back to his apartment at Santa Marta residence on November 18, 2018.
Photo: ABACA/ABACA/PA Images

Filomena Lamberti was lying at home asleep when her now ex-husband threw acid over her face disfiguring her for life.

It was the vicious culmination of what had been a troubled marriage to her husband known as “GV” for more than there decades. This had included bouts of violence by him against Filomena and their three children.

In April 2012 she told “GV” – who cannot be named because he is a criminal defendant – that she wanted a divorce. The final straw was hearing that her son had struck his fiancé. Her husband initially accepted the decision but on 28 April carried out the acid attack which not only disfigured Filomena but injuries that could have killed her.

Her case has become well-publicised in Italy and over the summer Pope Francis sent her a letter. On Sunday evening, to mark the United Nations’ International Day for the Elimination of Violence against Women and Girls, she read it out on Rai One, the Italian state broadcaster.

“I ask your forgiveness, and I pray that the courage which has given you a unique beauty, will become a slap in the face of indifference,” the Pope told her in the note, dated 11 June.

“It terrifies me to think of the cruelty that disfigured your face, offending your dignity as a woman and as a mother.”

He went on: “For this reason, I ask your forgiveness, taking upon myself the burden of a humanity that doesn’t know how to ask forgiveness of those who, in the prevailing indifference, live daily offended, trampled upon and marginalised.”

The Pope urged Filomena not to feel alone, and that God “reaches us in unexpected ways.”

“The healing power of God, which is without limits and both irreducible and indefinable, expresses itself more with love than with strength,” Francis said.

Filomena is from Salerno, on the southeast coast of Italy near Naples and mer her husband there aged 16.

Although he was arrested and charged for the attack “GV” was sentenced to 18 months in prison and released after serving 15 months jail time.

“I didn’t get justice,” Filomena said of the case adding that after the first act of violence she should have separated from him.

The letter from the Pope to Filomena is in keeping with a compassionate, hands-on pastoral style which he has consistently demonstrated throughout his pontificate. Soon after his 2013 election, Francis called a young, pregnant single mother where he offered to baptise her child, while on 13 October 2018 he held a private audience in the Vatican with Antonietta Gargiulo, whose husband shot himself and their two daughters.