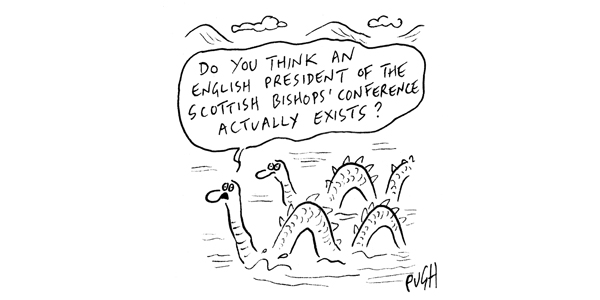 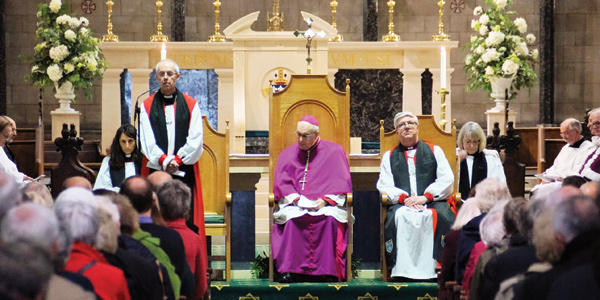 Christians must take the lead in the fight against anti-Semitism and other prejudices, the Bishop of East Anglia, Alan Hopes, said during an evening of reflection and reconciliation at the Anglican cathedral in Norwich, attended by the Archbishop of Canterbury, Justin Welby (pictured). Bishop Hopes said: “Reconciliation compels us to seek to forget the hostilities and differences of the past and work together towards mutual understanding.”

Bishops of England and Wales met this week in Leeds to discuss issues including the housing crisis and the synod on youth. During their bi-annual plenary meeting, the bishops also discussed the legacy of Adoremus, the eucharistic pilgrimage and congress that took place in Liverpool this year.

The bishops looked ahead to 2020, which the bishops’ conference has designated as a year in celebration of “The God Who Speaks”. Planned to coincide with the tenth anniversary of Verbum Domini, Pope Benedict XVI’s encyclical on Scripture, the Church plans to find new ways to engage Catholics with Scripture throughout that year.

Almost half of English people polled by the religious think tank Theos said that churches could help communities adapt to life after Brexit, for example by providing services that local authorities could no longer afford. The polling accompanied the launch of a report into the long-term work that churches can do to help strengthen communities. In it, Theos urged churches to move away from “give-away charitable models” towards training local leaders and sharing facilities, such as buildings and community funds.

The Institute of Christ the King Sovereign Priest, a community of priests that celebrate Mass in the Extraordinary Form, has established a new foundation in the Diocese of Shrewsbury at the invitation of its bishop, Mark Davies. The new community, at St Winefride’s Presbytery, Monkmoor, is the second foundation of the Institute in the diocese.

Fergal Martin, the General Secretary of the Catholic Truth Society, is to step down from his role after 23 years at the Catholic publishing house. He is  retiring at the end of January.

The Polish Primate, Archbishop Wojciech Polak, warned against “national egoism” and exclusivity in a service marking 100 years of Poland’s independence at Westminster Cathedral. During a Mass that was concelebrated by Cardinal Vincent Nichols, Archbishop Polak called on Poles, both in Poland and abroad, “to live in accordance with principles of solidarity in love”. He said: “We cannot hide behind walls built on hatred and fear.”

Londoners who slept out in the grounds of the Royal Academy of Arts last week (above) raised more than £70,000 for the Cardinal Hume Centre, a Westminster-based charity that supports homeless people. Some 50 people took part in the sponsored sleep-out.

Irish pro-life politicians have said they will continue to try to secure amendments to Ireland’s abortion legislation when it returns to the Dáil for report stage later this month. The Regulation of Termination of Pregnancy Bill, which follows May’s referendum in which the majority of people voted to repeal the Eighth Amendment, will legalise abortion up to 12 weeks of pregnancy.

The legislation passed the committee stage last week after three days of hearings before the Oireachtas Health Committee.

Meanwhile, 640 GPs have signed a petition raising concerns about the government’s plan for a GP-led abortion service.

The persecution of Christians around the world is overlooked because there is no word to describe the phenomenon, the Coptic Orthodox Archbishop of London, Anba Angaelos, has said. He told BBC Radio 4’s Today programme that persecution was “left to happen” because it could not neatly be expressed in a campaign slogan or a social media hashtag. “We know it’s a phenomenon in many countries, just as deplorable as anti-Semitism, Islamophobia and anything else that targets people precisely for their faith, and therefore must be addressed at the same level.”