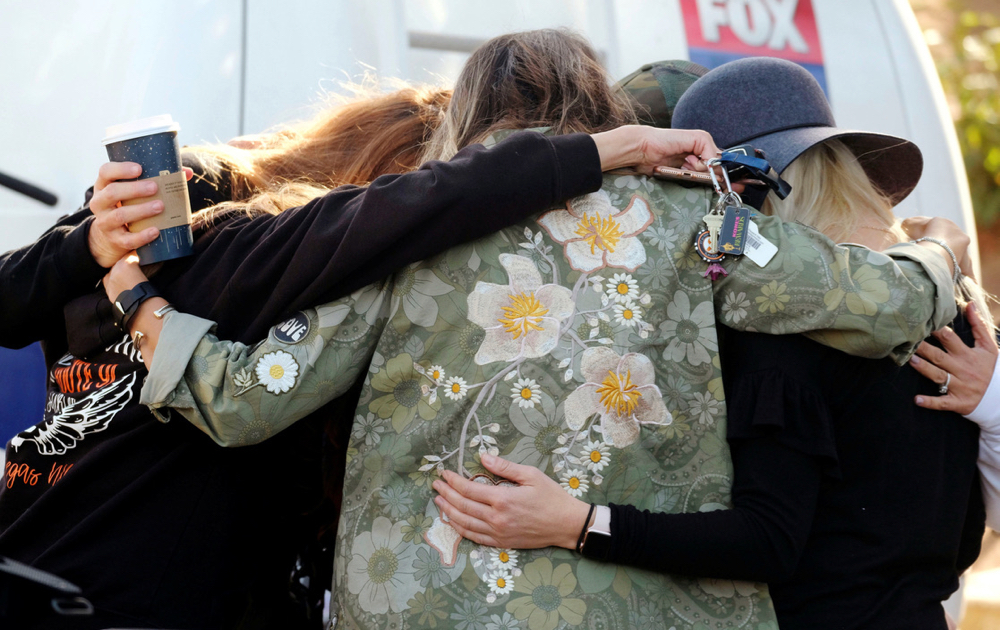 Archbishop Gomez: 'Pray hard' for all affected by Calif. shooting 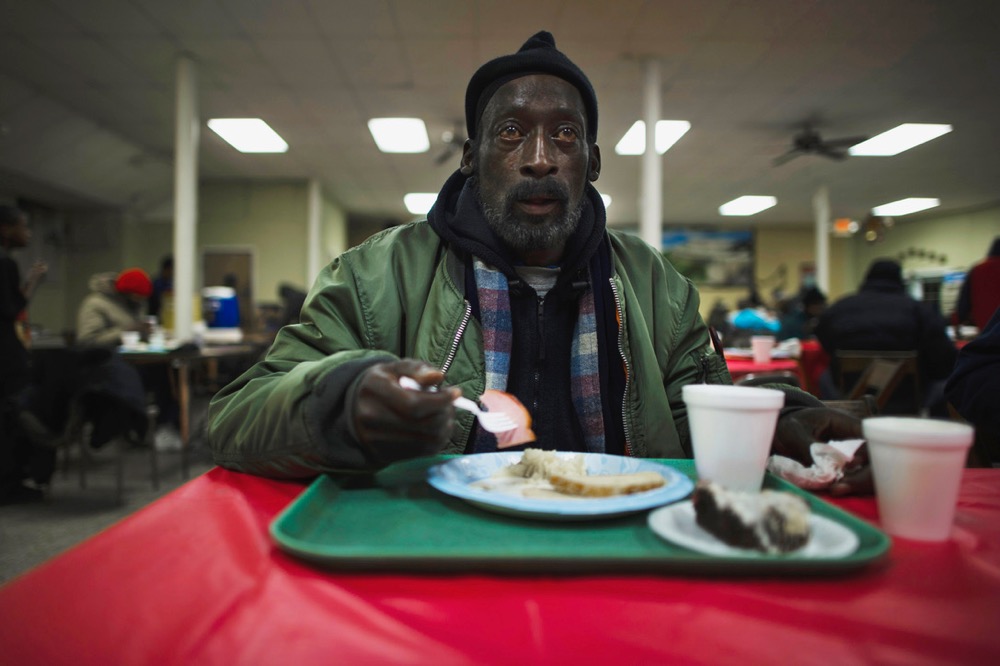 A man eats his lunch at a soup kitchen in the basement of St. Leo Catholic Church in Detroit.
Photo: CNS/Mark Blinch, Reuters

Leaders and fundraisers at Catholic organisations are cautiously monitoring the level of donations and gifts as the end-of-the-year giving season approaches, hoping that the clergy sexual abuse scandal won't negatively affect their bottom line.

While most of the professionals contacted by Catholic News Service said it is too early yet to see what effect, if any, the abuse crisis may have on giving, some are taking steps to reassure donors that money contributed to vital ministries is not going for settlements to abuse victims or payments to attorneys.

The crisis is just one factor that concerns the leaders. There's also the 2017 Tax Cut and Jobs Act. It's effect on giving remains a question mark. "People remain confused about it," said Franciscan Sister Georgette Lehmuth, president and CEO of the National Catholic Development Conference.

"The main thing is no one knows. It's way too early," Patrick Markey, executive director of the Diocesan Fiscal Management Conference, told CNS.

Beyond that, some organisations have offered the expertise of their members to individual dioceses and the U.S. Conference of Catholic Bishops in areas of communications and finances as the bishops prepare to address the abuse crisis during their general assembly in Nov. 12-14 in Baltimore.

One effort to prevent a drop off in donations has been initiated by Catholic Charities USA. Dominican Sister Donna Markham, the organisation's president and CEO, sent a letter to all donors Oct. 31 expressing concern about calls to withhold donations to any Catholic institution.

"This concerns me deeply," Sister Markham wrote. "I am very worried about the consequent impact this will have on many children and families living in poverty or on the edges of poverty right now."

The letter continues, explaining that Catholic Charities agencies annually serve 10 million people nationwide with emergency food, health care and other services. "Catholic Charities donations do not fund the bishops to the dioceses and cannot be used for that purpose," the letter said.

In an interview, Sister Markham said, "Anybody who is working in Catholic organisations right now is being hit by the fallout from the abuse crisis. We have been faced with some of our significant donors saying, 'No more money to Catholic Charities until the bishops straighten out this mess.'"

She said any impact will be known only after the holidays. "But people are calling us daily saying, 'Take me off your mailing list,'" she said.

"The issue here is that if anyone is really concerned or worried that somehow their donation will be misdirected and be used to fund the abuse situation, I think they need to be clear that we are not allowed to do that," Sister Markham added.

It's the devotion to mission that Sister Lehmuth holds up as key to helping the Catholic organisations weather any potential loss in donations.

She said her organisation has urged development professionals at Catholic entities to "remind people how your money is being used".

"Don't wait until the end of the year," Sister Lehmuth said. "Keep reminding them what good your money is doing. And remind them of the good that the church is doing too."

Donations to the Catholic Near East Welfare Association have remained stable in recent years, but the organisation is continuing to press how it is helping Christian communities in troubled areas of the world, according to Michael J. L. LaCivita, director of communications.

He said Catholic organisations are facing "a perfect storm" in the abuse crisis, the tax cut law and partisan political rancour in the U.S. that has caused people to weigh carefully where to send their money.

CNEWA has received letters from donors expressing anger about the bishops' failure to maintain moral authority over the church, LaCivita told CNS. He described the letters as "well thought out", offering carefully crafted words that express people's moral outrage.

"But the correspondence doesn't hold us responsible," LaCivita said, even though some writers have voiced concern that funds could be used for abuse legal settlements because bishops serve as the organisation's trustees.

"People want answers and they want to have their anger heard," he added.

"We're not hearing a lot of people holding the university accountable for the crisis," Rembold told CNS, saying about 125 people had contacted the school since June when reports surfaced that Archbishop Theodore E. McCarrick had allegedly abused seminarians years ago. Of those, about two dozen said they were not going to donate specifically because of the reports, he said.

The crisis has caused the university to put on hold a plan to build a residence for priests taking graduate level courses. Rembold said the project called for a new wing to be added to Curley Hall with a kitchen and chapel.

Because bishops were involved in raising money for the effort, university officials and the bishops on the board of trustees jointly felt it was best to put the project aside and that it could be reviewed in the future, Rembold said.

In a different path, two organisations have reached out to the bishops offering expertise and action steps to address the anger and concerns that people have.

Foundations and Donors Interested in Catholic Activities, or FADICA, convened a working group to address the abuse crisis. Alexia Kelly, the organisation's president and CEO, told CNS that members generated "ideas and questions and recommendations and opportunities for action either together or independently".

"Our members really feel they have a responsibility as donors and philanthropists not to perpetuate practices or lack of practices that may enable or perpetuate abuse," she explained.

FADICA members will convene in February for the organisation's annual meeting to discuss its recommendations for member action. The recommendations also will be shared with the USCCB.

Donors want to ensure, Kelly said, "that adequate safeguarding practices and policies are in place in all the ministries they support inside or outside of the church, and they would continue to explore ways they as philanthropists can support a comprehensive culture of safety in all levels of the church."

Meanwhile, at the Leadership Roundtable, lay Catholic professionals from various fields have stepped up to offer their expertise to assist the bishops as they addressed the sex abuse crisis.

The organisation formed after the 2002 sex abuse crisis emerged with the goal of providing dioceses with lay experts who could help institute best practices in offices and ministries to ensure trust.

Kim Smolik, Leadership Roundtable's CEO, said the organisation has received calls from more than 50 dioceses seeking assistance since the August release of a Pennsylvania grand jury report that examined a 70-year period, beginning in 1947, in six Catholic dioceses. The report said that in that time span there were claims that 300 priests and other church workers had abused about 1,000 minors. It also claimed the church covered up abuse allegations and brushed aside victims.

Roundtable participants are stressing to dioceses that communication is key, Smolik explained, adding that donors are unlikely to withdraw their gifts, but that they want to know that the church is addressing the root causes of the current scandal.

"Lay people want to be part of the solution."