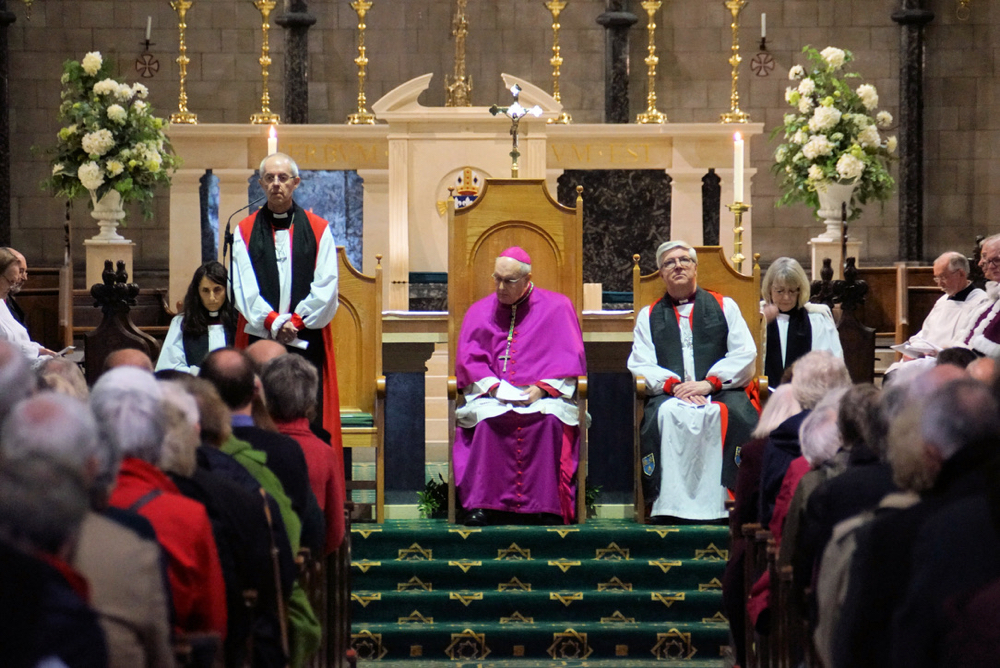 News briefing: the Church in the World 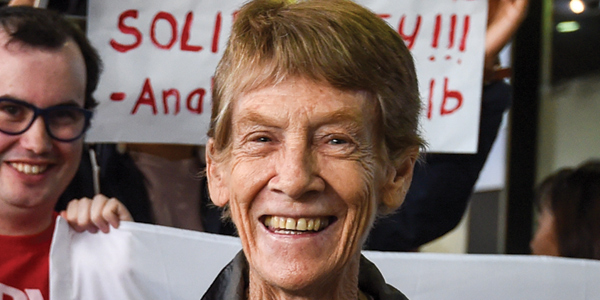 An Australian nun who criticised President Rodrigo Duterte’s policies, including his controversial war on drugs, arrived home from the Philippines last weekend, more than six months after the President ordered her arrest and deportation.

On landing in Melbourne Sr Patricia Fox (pictured), 71, of the Congregation of Our Lady of Sion, said: “The human rights abuses are just increasing; it’s a reign of terror.”

Filipino immigration officials had downgraded her missionary visa to a temporary visa, which expired on Saturday.

Two Sisters of the Medical Missionaries of Mary were recovering in hospital this week after being shot by gunmen in Delta State in Nigeria as they were returning from a funeral on 25 October. Five other sisters were abducted during the attack; one managed to escape after a couple of hours and the remaining four were released two days later.

In the northern State of Kaduna, President Muhammadu Buhari met religious and community leaders on 30 October in an effort to calm security fears fuelled by Muslim-Christian clashes in which more than 80 people died that month.

Meanwhile, Archbishop of Lagos Alfred Adewale Martins has urged the government to stop the killing of Shia Muslims. On 31 October, three people died during riots in the capital, Abuja. Police arrested 400 Shia Muslims, members of the pro-Iran Islamic Movement of Nigeria, who were demanding the release of their leader, Ibraheem Zakzaky.

The Archbishop of Sydney, Anthony Fisher, told the National Catholic Register in the United States that he was impressed by the desire of those involved in the recently ended youth synod to bring young people closer to Christ and the Church, and by the contributions of the young people to the synod.

But he said there had been a “disappointing” diffidence about the Church’s moral teaching, an unwillingness to provide translations, and almost all of the synod fathers had felt “shut down” from speaking after they had given their interventions.

“In this synod, we were writing doctrine, as it were, on the run,” he says. “This is not the way to make doctrine.”

Two priests of the underground Catholic Church in the Diocese of Xuanhua in China have been detained in Hebei province. Fr Su Guipeng, who serves in Shadifang parish, was placed under house arrest on 13 October. Father Zhao He, of the Dongcheng Catholic Church, was arrested by agents of Beijing’s United Front Work Department of Yangyuan County on 24 October.

Daughter of Charity Sr Carol Keehan is to retire as president and CEO of the Catholic Health Association of the United States, a post she has held since 2005. The association represents more than 2,000 institutions, including hospitals and nursing homes. Keehan is best known for her support for the Affordable Care Act, the 2010 legislation often known as Obamacare that increased access to health insurance for millions of people. She broke ranks with the bishops who opposed the final legislation.

Gunmen have killed at least seven Christians returning from a remote Coptic monastery in Egypt. Islamic State claimed responsibility for the ambush, after which police pursued and killed 19 militants.

The 2 November attack on buses near the Monastery of St Samuel the Confessor in Minya, about 170 miles south of Cairo, was the most serious attack on Christians in more than a year. Six of the dead were from the same family. Another 14 people were wounded.

Pope Francis lamented the attack, saying: “I pray for the victims, pilgrims killed just because they were Christian.”

The bishops of Cuba are asking for several specific rights to be included in the country’s new constitution, introduced in July in parliament and currently out for public debate.

The bishops said these included the right to diverse political opinions and the right to life. They also noted in a written response to the draft document that the right to religious freedom must extend to “the liberty of each person to live according to the values of their faith, and to express it publicly”.

The draft constitution is currently being discussed in 35,000 workplaces and community meetings. The legislature is to approve a new draft, which will then be voted on nationwide in early 2019. The constitution replaces the present one dating from 1976.

The Catholic Church in Bulgaria has condemned new religious legislation, warning that it will infringe international law and may take the country back to its totalitarian past.

Bulgaria’s parliament recently passed amendments to the country’s law on religious denominations. These aimnnn to curb radicalisation by reimposing the government’s cults directory’s control over clergy, and over funds sent to religious groups from abroad.

“This new measure will mean a return to the kind of permits which were required in communist times”, Christo Proykov, the Bishop of Sofia and president of Bulgaria’s Bishops Conference, said.

“In this way, it violates the basic principles of a state of law, denies religious freedom and breaks our constitution and the international acts Bulgaria has signed,” said the 72-year-old bishop, a member of Bulgaria’s small Greek Catholic community.

The international scientific community has honoured the Belgian priest who first proposed the Big Bang theory of an expanding universe, by having his name added to “Hubble’s law”, which describes how the cosmos came about.

Fr Georges Lemaître, a physics professor at the Catholic University of Leuven and later president of the Pontifical Academy of Sciences, published his theory in 1927 in a little-noticed article in French. US astronomer Edwin Hubble confirmed it in an English-language article two years later and the theory was dubbed the “Hubble Law”.

The International Astronomical Union voted by a majority of 78 per cent last week to change its designation of the theory to the “Hubble-Lemaître Law”, to recognise the priest’s work. Lemaître died in 1966.