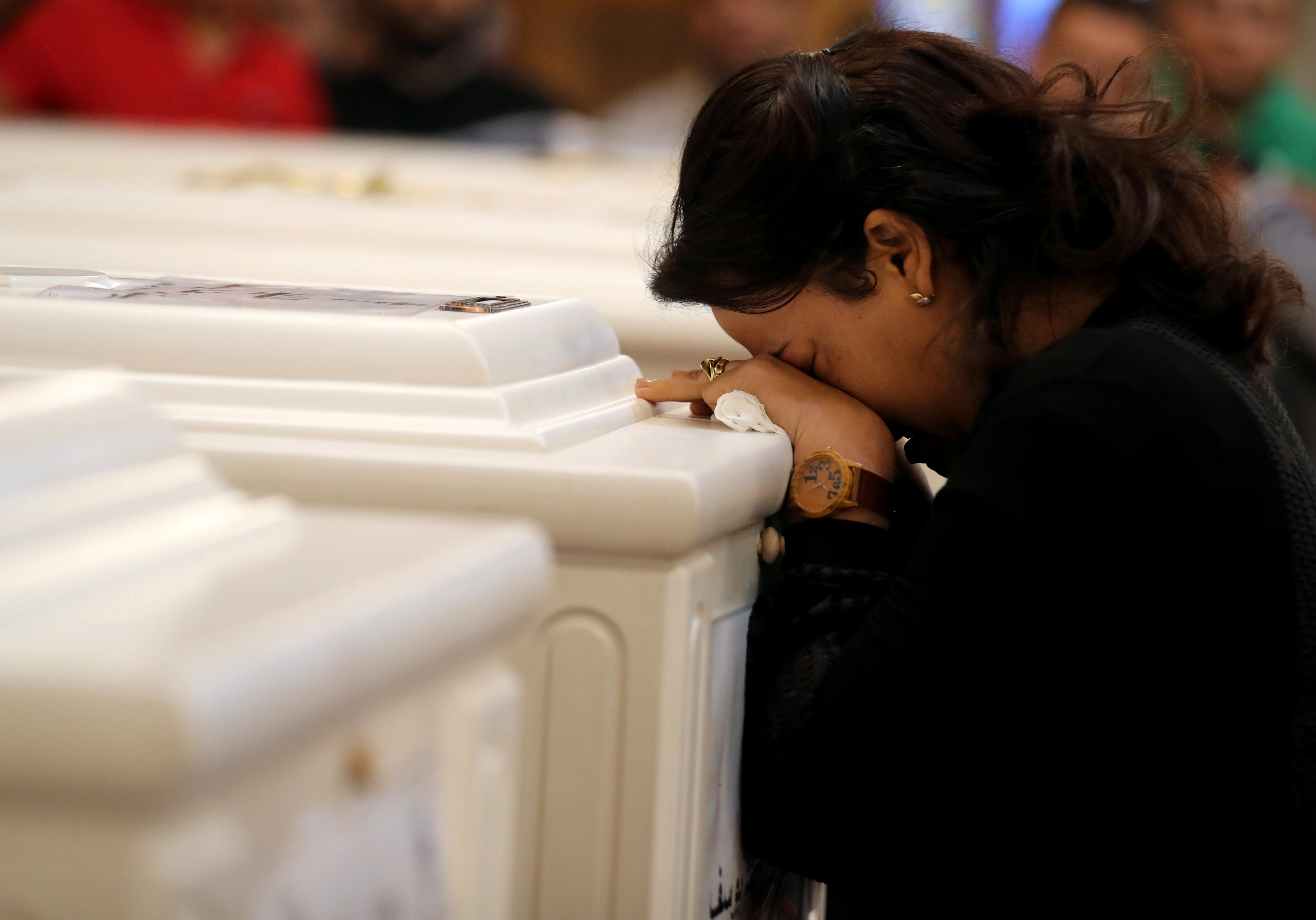 A Christian cannot be an anti-semite, Pope tells Jewish community

'As I have often repeated, a Christian cannot be an anti-Semite; we share the same roots. It would be a contradiction of faith and life' 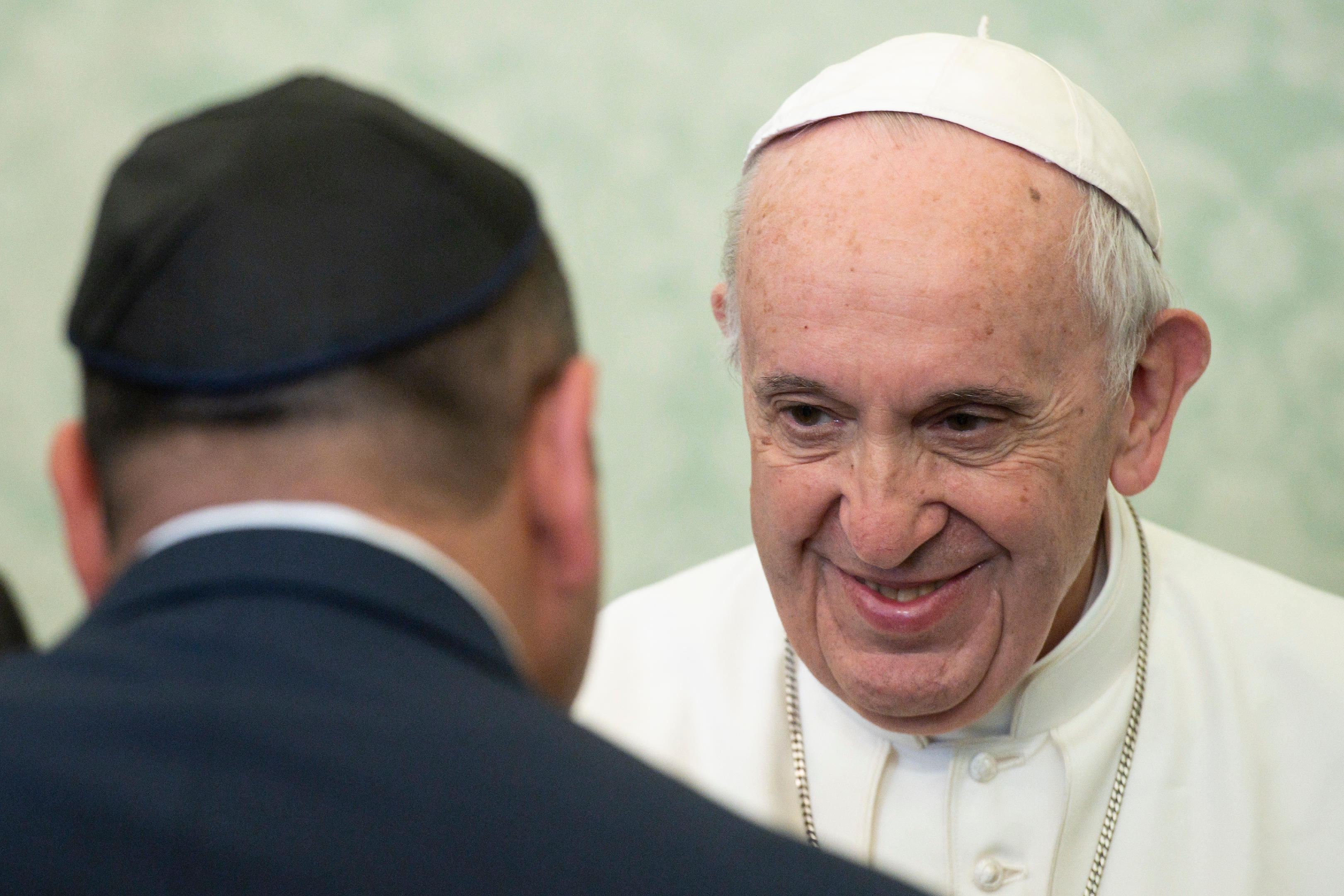 Pope Francis greets a rabbi during an audience with a group of rabbis attending the World Congress of Mountain Jews, at the Vatican Nov. 5
CNS photo/Vatican Media

A Christian cannot be an anti-semite Pope Francis told a group of Jewish leaders in the Vatican as he condemned the rising global tide of hostility toward Jews.

The Pope made his remarks on Monday 5 November during the first-ever papal audience with delegates from the “World Congress of Mountain Jews,” a network of communities dating back to the 5th century and originating from Persia, now modern day Iran.

Their meeting came ten days after a mass shooting at a Pittsburgh synagogue in the United States, an attack which killed eleven people and was described by Francis as an “unhuman act of violence.” Earlier this year, a worldwide study of anti-semitism released this year reported a marked increase in hostility to Jews.

During a speech in the Apostolic Palace, the Argentinian Pope recalled the forthcoming 80th anniversary of the start of Kristallnacht on 9 November 1938, known as “the night of broken glass”, when soldiers in Nazi Germany destroyed Jewish-owned stores, synagogues and buildings.

“Sadly, anti-Semitic attitudes are also present in our own times,” the Pope said. “As I have often repeated, a Christian cannot be an anti-Semite; we share the same roots. It would be a contradiction of faith and life. Rather, we are called to commit ourselves to ensure anti-Semitism is banned from the human community.”

He referred to his recent visit to Lithuania where, on the 23 September, the Pope recalled the horrors of the Holocaust which included the destruction of the Vilnius ghetto and the murder of thousands of Jews.

“The attempt to replace the God of goodness with the idolatry of power and the ideology of hatred ended in the folly of exterminating creatures. Consequently, religious freedom is a supreme good to be safeguarded, a fundamental human right and a bulwark against the claims of totalitarianism.”

The Church’s relations with Jews underwent a sea-change following the Second Vatican Council’s 1965 declaration “Nostra Aetate” which condemned “hatred, persecutions, displays of anti-Semitism, directed against Jews at any time and by anyone.”

Half a century on and the Vatican released another document. “The Gifts and the Calling of God are Irrevocable” which stressed the Church does not seek to “convert” Jews but instead focusses on Christians and Jews better understanding their shared roots.

“I have always sought to emphasise the importance of friendship between Jews and Catholics,” the Pope told the delegates of “Mountain Jews” whose largest communities are now in Russia and Azerbaijan.

One of Francis' closest friends from his time as Archbishop of Buenos Aires is Rabbi Abraham Skorka, an Argentine Jewish leader and scholar. He and the future Pope published a joint book, titled “Between Heaven and Earth,” based on a series of public dialogues on topics ranging from the existence of God to capitalism.