Why this conservative Catholic defends the Pope and Amoris Laetitia 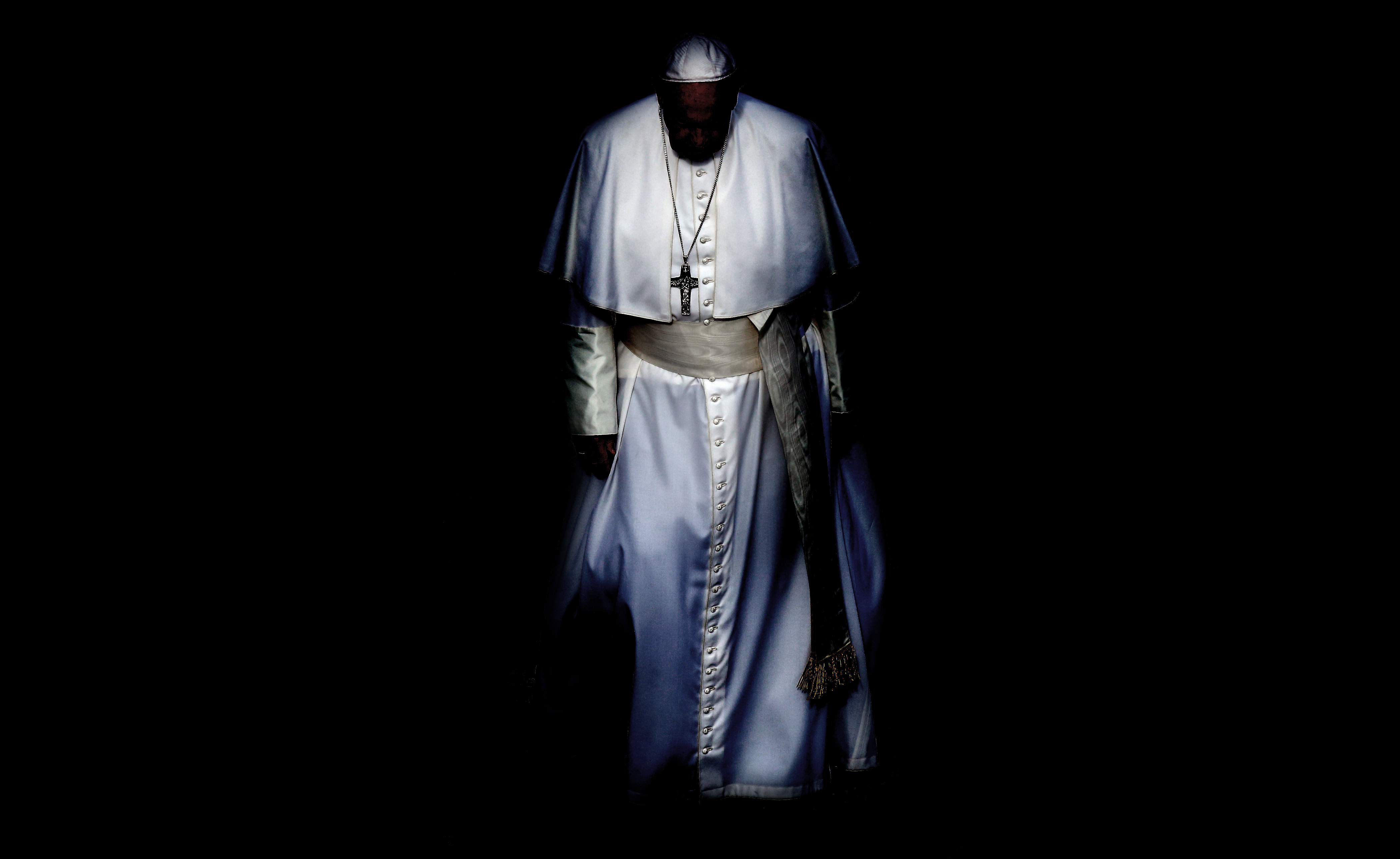 Two years ago Pope Francis was presented with a list of “dubia,” known as doubts, by four cardinals who wanted him to clarify a teaching document on marriage and family life. The Princes of the Church, two of whom have died, are still waiting for a response and complain about not being able to meet with Francis to discuss their concerns.

It was a different story for British Catholic writer Stephen Walford, a married father-of-five who teaches the piano and has a sideline in theological writing.

In what might be described as the “last shall be first policy” in operation under this papacy, Mr Walford was granted a papal audience “en famille” and an endorsement for a new book he has written defending “Amoris Laetitia”, the papal document about which the cardinals are so worried.

While the dubia cardinals argue they are bringing their case to assuage the confusion of ordinary believers, Mr Walford is a prime example of the conservative, tradition-minded Catholic they seek to represent. But unlike the cardinals, he is not confused by "Amoris Laetitia".

“If we have to use labels, I’m what you call a conservative Catholic, I’ve always tried to be obedient to the Popes’ teachings, whatever they are,” he tells me during an interview in Rome. “I’m a family man, married with five children, trying to live what ‘Amoris Laetitia’ is about in the general sense.”

Ever since its publication there has been a vocal minority in the Church arguing that the document is ambiguous – or, worse, represents a break with traditional tradition – because it opens up the possibility for divorced and remarried Catholics to receive communion.

“I see no ambiguity in that document whatsoever,” he tells me.

“People are looking for ambiguity when it’s not there. The Pope hasn’t changed the general teaching on confession and holy communion [for divorced and remarried], but he’s opened a pathway in certain cases.”

That pathway, he explains, is built on discernment and the Church’s long tradition of moral theology which combines both proclaiming unchanging truths but applying those truths to people’s lives.

Mr Walford sets this out in detail in a new book “Pope Francis the Family and Divorce: In Defence of Truth and Mercy”, in which the Pope writes in the preface that "Amoris Laetitia" should be read as part of the Church’s constantly maturing tradition.

His book comes after he burst onto the Catholic public scene through a series of articles in La Stampa’s “Vatican Insider” website on Amoris Laetitia. The pieces were well-received among senior figures in the Vatican and encouraged him to write more.

What makes Mr Walford such a powerful voice in the Amoris debate is his own theology and background. Brought up in a daily rosary-praying family of six, he’s not a liberal academic but a theological writer whose received official endorsements for books on what popes have taught about the end times and the communion of saints.

His book on the saints was described both as “inspiring” and “theologically reliable” by Fr Thomas Weinandy, the former head of the US bishops’ doctrine committee and member of the Vatican’s International Theological Commission, who has accused this Pope of creating “chronic confusion” with his writings.

Aged 44 and living in Southampton, he was married in 1997 and has children ranging from ages nine to eighteen. He has a music degree from the University of Bristol and has played Rachmaninov’s 3rd concerto in public. But faith is at the centre of his life which he says includes daily prayer, Eucharistic adoration, the Mass, rosary and regular confession.

Mr Walford is also refreshingly straightforward and down to earth, and when I arrived at his guesthouse for the interview asked me to help him finish a bottle of red wine the owner of the guesthouse had given him.

He says he doesn't want a fuss about his writings and wishes to remain a low-key member of the parishes he is involved in. It was, however, after reading about the dubia cardinals' intervention and seeing traditional Catholics indulge in Pope Francis bashing online that he decided to enter the debate.

“What got me concerned was when I saw Catholics similar to myself, starting to be swayed by the traditionalist rhetoric such as ‘is this an anti-Pope?’ says Mr Walford. “According to our understanding of the papacy, and the magisterium, the Pope can’t be corrected in matters of faith or morals.”

Cardinal Raymond Burke, who led the dubia initiative, has suggested Francis could be formally corrected although has yet to take the plunge and issue anything.

But Mr Walford, who has spent years studying papal pronouncements, says such a correction is impossible. He cites Pius XII’s encyclical “Mystici Corporis Christi” in his argument against the Francis dissenters which makes clear that Christ rules the Church “through him who is His representative on earth”, namely the Pope.

“Pius XII said it doesn’t matter who the man is – what colour he is – Peter will always live in him. And that applies to every Pope until the end of time,” Mr Walford explains.

“Of course some traditionalists have been up in arms for years about anyone since John XXIII. To me, is it really that far from Protestantism? It’s a pick and choose Catholicism now for people who would suggest they hold the teachings most dear, the purest form of Catholicism. And yet the hypocrisy is astounding. They are saying ‘we’ll accept this from this Pope, and we won’t accept that’.

As a result of his defence of Francis, Mr Walford has been on the receiving end of some bitter criticism via social media. Some dismiss him as insufficiently qualified to contribute; an Ordinariate priest accused him of leading souls to hell, while Fr Gerald Murray, a commentator for EWTN, suggested the Catholic writer is advocating that adultery is a good thing.

“I hate the tiniest sin,” Mr Walford replies, slightly bemused. “Certain people like to ridicule and criticise, but I’m a Catholic and I love the Pope and Catholics should defend their Popes, and that’s all I’ve tried to.”

On the question of whether divorced and remarried Catholics can receive communion, he explains the direction of travel under Francis.

“He is saying to everybody ‘no matter what your situation, no matter how messy your life is from a moral point of view, or how far away you are from a sinful point of view, do not despair, there is a path forward. The Church is a mother, and the Church wants to be there to guide you to God. To help you on that spiritual ascent’,” says Mr Walford.

“We’ve got the truths of the Church – and we all know Benedict XVI was a great Pope for the clarity of teaching in terms of what the truths were – but there’s also the element of the truth of each individual’s situation. Why is this person in an irregular marriage? What led to this situation? There’s a certain element of truth the Church has to get to.”

Discernment, he goes on, is crucial and helps the Church distinguish different cases. The single mother with children who is abandoned by her husband and enters into a new marriage is different from a man who leaves his wife and family for another woman.

“The critics of the Pope they don’t really care about looking at all of that, they’re not interested in discernment, they’d rather just bracket everybody, and I think that’s a scandal,” says Mr Walford.

“As we read in the Book of Samuel, man judges by appearances, God judges the heart. And that’s what Pope Francis really understands, and that's what we should, as a compassionate Church, understand.”

He adds: “I’m not saying we don’t tell people the truth about the teachings, but Pope Francis says ‘we’ll walk with you and we’ll try and help you. If you’ve got goodwill and good intention, God’s with you.”

The Pope, Mr Walford explains, is a realist who sets out what it means “to live a radical, Christian life without any hypocrisy,” in his daily homilies in the chapel of his residence, the Casa Sant Marta,

“Just read his Santa Marta homilies every day. I don’t know who could call Pope Francis a liberal,” he says. “I refer to the Pope as being a Christian realist, formed from his time in Buenos Aires. He understands that if a prostitute is doing that work because she has no other way of feeding her children, he’s not condemning that. We know its sinful, but only God knows the struggle that person is going through.”

Mr Walford says this is the approach needed for the western, post-Christian, 21st-century cultures many Catholics find themselves in. He agrees with his Bishop, Philip Egan of Portsmouth, about the need to engage with a post-modern non-believing society. Bishop Egan gave his imprimatur to both Mr Walford's books on saints and the end-times. But people won’t listen, Mr Walford argues, if the Church simply presents doctrine to them.

“I have family members who have left the Church. They will never come back if I pontificate to them, never,” he says. “They’ll come back through God’s grace, or being touching in their heart. They won’t come back by me throwing a manual of dogmatic theology at them.”

Mr Walford says he remains a traditionalist, or traditional Catholic, in the fullest sense of the word.

“If someone wants to be a traditionalist, I’m for that. But – traditionalism – let’s take it all the way back to 2,000 years ago and see how Jesus lived and acted with sinners,” he says.

He may not be a polished theologian with lots of letters after his name but it's these simple truths, clearly articulated, that are ensuring the writings from this unlikely English defender of Francis’ mercy mission are having such an impact.