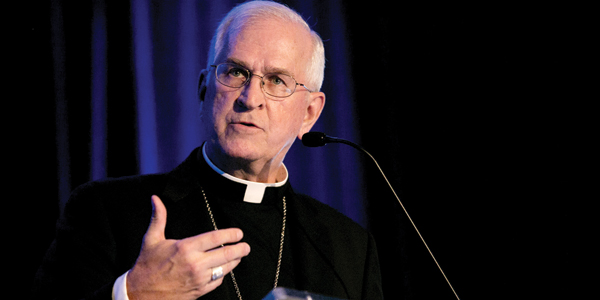 News briefing: The Church in the World

Faith is neither a doctrinal system nor social activism, says Francis

Pope Francis closed the month-long youth synod gathering by urging Catholics to reject versions of faith as “doctrinal formulae” or “social work” but to go out to the world with a message of mercy and redemption.

“It is not Christian to expect that our brothers and sisters who are seekers should have to knock on our doors; we ought to go out to them, bringing not ourselves but Jesus,” the Pope said during a homily at the closing Mass for the synod in St Peter’s Basilica on Sunday 28 October.

During his homily, Francis said the “synod” is a journey of faith, and the day’s Gospel passage on the healing of the blind man Bartimaeus confirmed three elements of it: listening, “to be a neighbour” and bearing witness.

Too often, the Pope said, people bring their own “recipes” and “labels” into the Church by turning faith into a doctrinal system or social activism.

“How often, instead of this liberating message of salvation, have we brought ourselves, our own ‘recipes’ and ‘labels’ into the Church!” Francis told a packed basilica of bishops and young people who had attended the 3-28 October Synod.

“How often, instead of making the Lord’s words our own, have we peddled our own ideas as his word! How often do people feel the weight of our institutions more than the friendly presence of Jesus! In these cases, we act more like an NGO, a state-controlled agency, and not the community of the saved who dwell in the joy of the Lord.”

“We cannot choose between doctrine and activism,” the Pope said. “We are called to carry out God’s work in God’s own way: in closeness, by cleaving to him, in communion with one another, alongside our brothers and sisters. Closeness: that is the secret to communicating the heart of the faith, and not a secondary aspect.”

The Pope added: “When faith is concerned purely with doctrinal formulae, it risks speaking only to the head without touching the heart. And when concerned with activity alone, it risks turning into mere moralising and social work.”

Francis also used his homily to ask forgiveness from young people for the times “we have not listened to you”, and “instead of opening our hearts, we have filled your ears”. The admission of failings was echoed in a letter from the synod fathers to young people, released at the end of Mass on Sunday. “Our weaknesses should not deter you,” they wrote. “Our frailties and sins must not be an obstacle for your trust.”