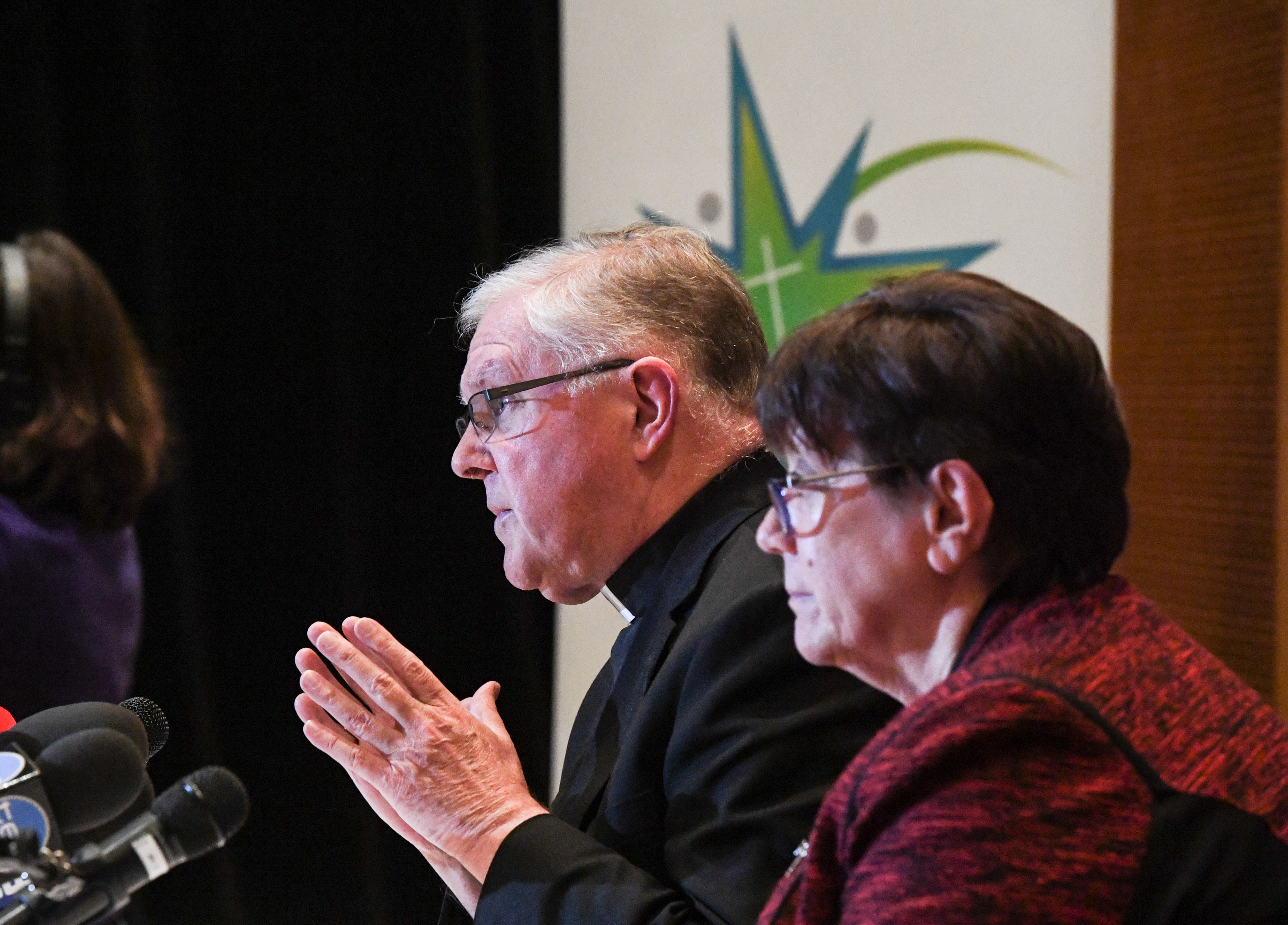 All US bishops ordered not to destroy documents

The prosecutors are seeking all files relating to clergy sex abuse allegations, personnel files and material contained in 'secret archives' 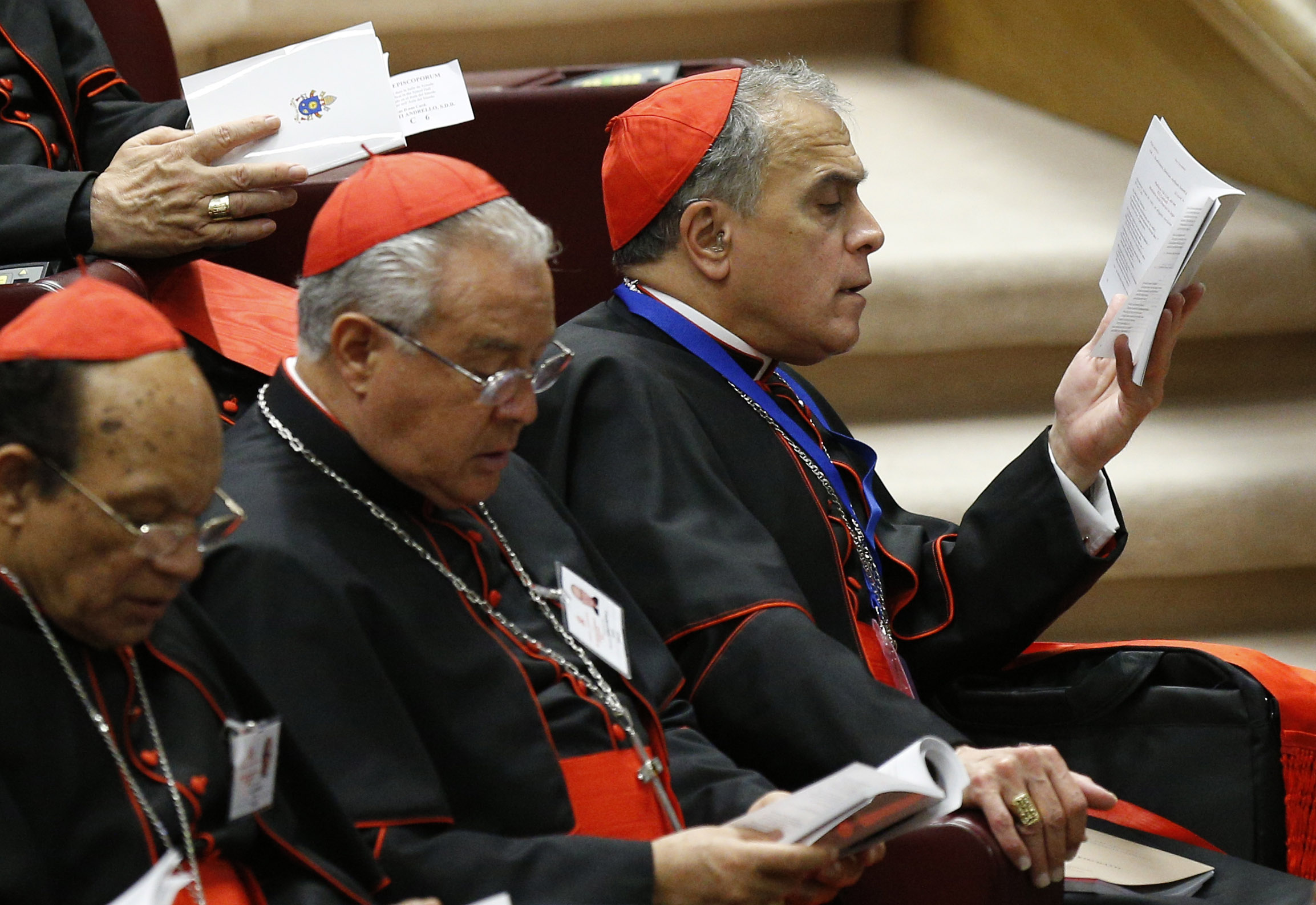 Cardinal Daniel N. DiNardo of Galveston-Houston, right, follows a booklet during prayer at the opening session of the Synod of Bishops
CNS photo/Paul Haring

US Attorney William McSwain, who announced a federal investigation into all eight Catholic dioceses in Pennsylvania two weeks ago, sent a letter to Cardinal Daniel DiNardo, President of the US bishops’ conference, for transmission to all the bishops in the country, ordering them to “not destroy, discard, dispose of, delete, or alter any of the described documents” as he investigates “possible violations of federal law.” The sweeping order reflects concern that some sexual predators were shuffled across state lines by bishops.

Among the documents the prosecutors seek are any and all files relating to clergy sex abuse allegations, personnel files, and all material contained in “secret archives.” The letter from Mr McSwain indicated that no documents were being demanded at this moment but the order not to destroy documents nationwide indicates the breadth of the investigation.

The General Counsel of the bishops’ conference, Anthony Picarello, said that the conference had no authority to enforce compliance by individual dioceses. “We have transmitted the US Attorney’s letter at his request and in the spirit of cooperation with law enforcement,” Mr Picarello added.

“There will be lots of records. No one keeps records like the Catholic Church,” said Nicholas Cafardi, former Dean of the Law School at Duquesne University and first chairman of the National Review Board which oversaw the implementation of the Charter for the Protection of Minors adopted in 2002. “If you asked US Steel who worked in one of their factories 50 years ago they could not tell you. The Catholic Church can tell you where a priest was assigned 50 years ago. Also the church is now under threat of criminal sanctions once the orders have been received should they destroy any records.”

Victims’ advocates praised the US Attorney’s office for taking such a broad and sweeping approach. It’s hopefully the beginning of a process of long-awaited justice. For survivors, it’s been a long road to bring those who have harmed children and the vulnerable to justice,” said Tim Lennon, president of the Survivors Network of Those Abused by Priests (SNAP).

In addition to the investigation in Pennsylvania, federal prosecutors are also investigating the diocese of Buffalo. “60 Minutes”, the television news magazine, featured two diocesan whistle-blowers on its programme on Sunday night. Siobhan O’Connor, who resigned as executive assistant to Bishop Richard Malone in August, copied files from the diocesan archives after realising that the bishop continued to cover up clergy sex abuse. She said the bishop’s behaviour in her view indicated he sought primarily to “protect the church’s reputation and her assets.” She alleged that instead of the 42 credibly accused priests the diocese publicly named, 118 priests should have been listed, and that those still in ministry were not listed among the credibly accused priests.

Fr Robert Zilliox, who previously counselled the bishop on canonical affairs, including abuse cases, also appeared on the programme and corroborated O’Connor’s allegations. He said that eight or nine priests currently serving in ministry should have been removed. Fr Zilliox revealed that he was himself a victim of clergy sex abuse when he was 13 years old.