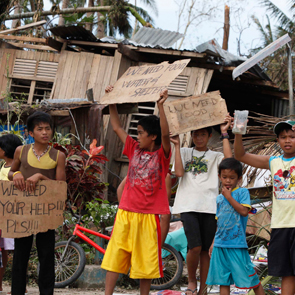 Nichols praises Filipinos ahead of Mass for Haiyan victims

More than 15,000 people have already accessed the Catholic Church’s questionnaire on marriage and the family.

The unprecedented consultative document, sent out in preparation for two forthcoming synods, has garnered huge interest around the world, both inside and outside the Church, but the Catholic bishops of England and Wales were the first to go direct to the laity for their views by making it available online.

Vincent Nichols, the Archbishop of Westminster, said that of the 15,000 respondents, 11,500 had answered the question about their age, giving an insight into those responding to Rome’s request for information. Of the people filling in the form, 32 per cent were under 35, 42 per cent were 35-65, 16 per cent were over 65, and some 58 individuals were over the age of 85.

With another three weeks to go to complete the survey, the numbers of people already accessing the material online suggest enthusiasm for the exercise; in 2004 a survey on the family carried out in English and Wales elicited a total of 15,000 completed responses.

Archbishop Nichols said he sensed a different mood in the Church. “I have never before seen an urgency to listen to the experience of people. This moment shows Pope Francis has got respect for people and an abiding belief in people’s goodness,” he said.

But there was no evidence that church teaching would change after the survey of Catholics around the world. “We are not going to be reshaping a policy; that is the business of the state. The Church is there to help us live properly within the teaching of the Church,” he said.

“Pope Francis is clear that we need to be refreshed in our understanding of people’s struggles,” he said.

The questionnaire’s 39 questions deal with marriage, contraception, gay relationships, sex outside marriage, and whether the divorced and remarried should receive Communion.

Answers to the survey will be sent out to the respondents’ dioceses, which will then send back a synthesis of their areas’ findings.

England and Wales will then file a report to Rome as part of the preparations for October 2014’s Synod of Bishops on Pastoral Challenges of the Family. Another synod in 2015 will hammer out concrete pastoral guidelines.

You can find the survey here.