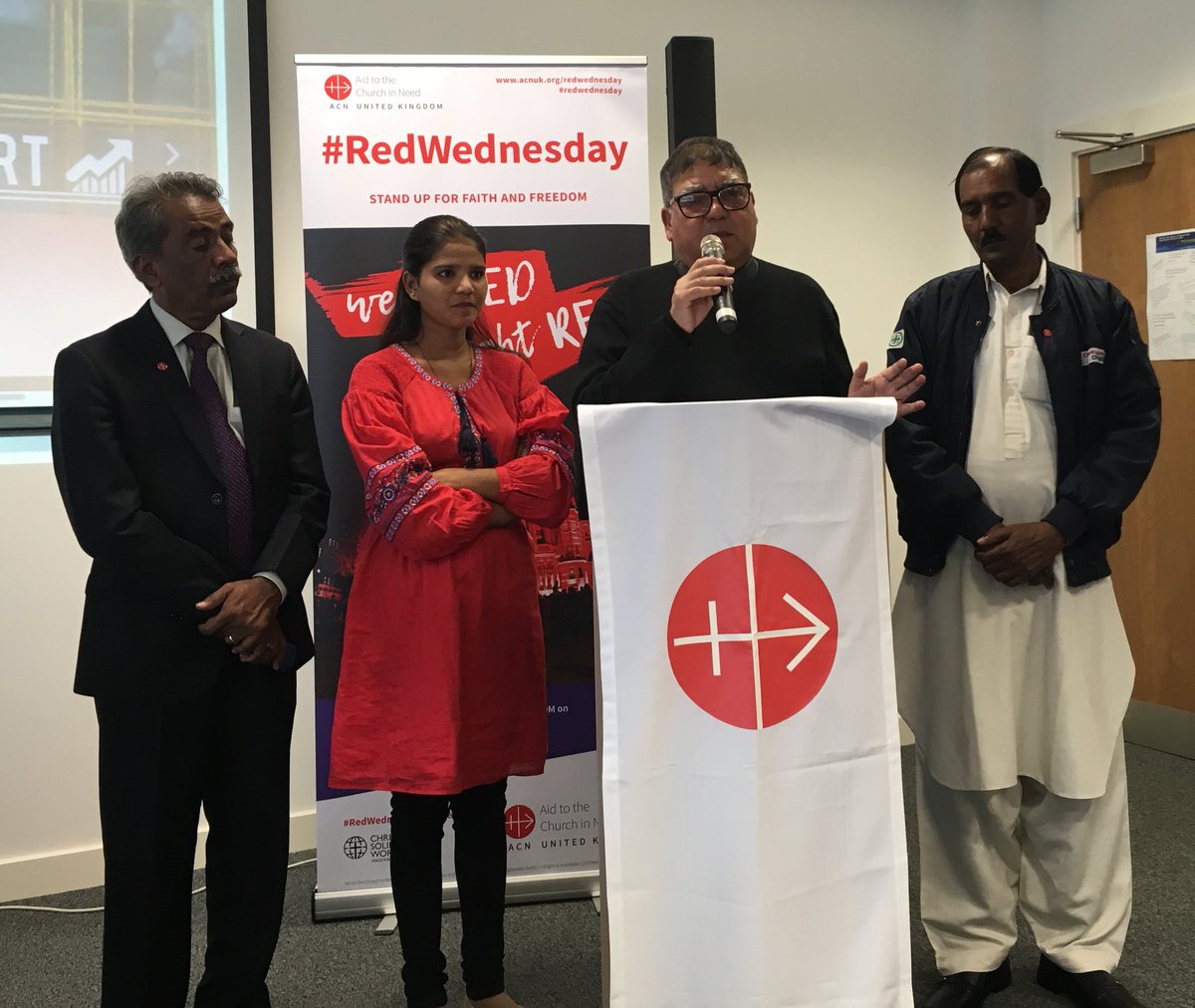 Church sweetened with 'sentiment and nostalgia' will never attract youth

'We can’t remedy the problem unless we...consciously separate ourselves in some way from the culture that keeps us drugged and distracted' 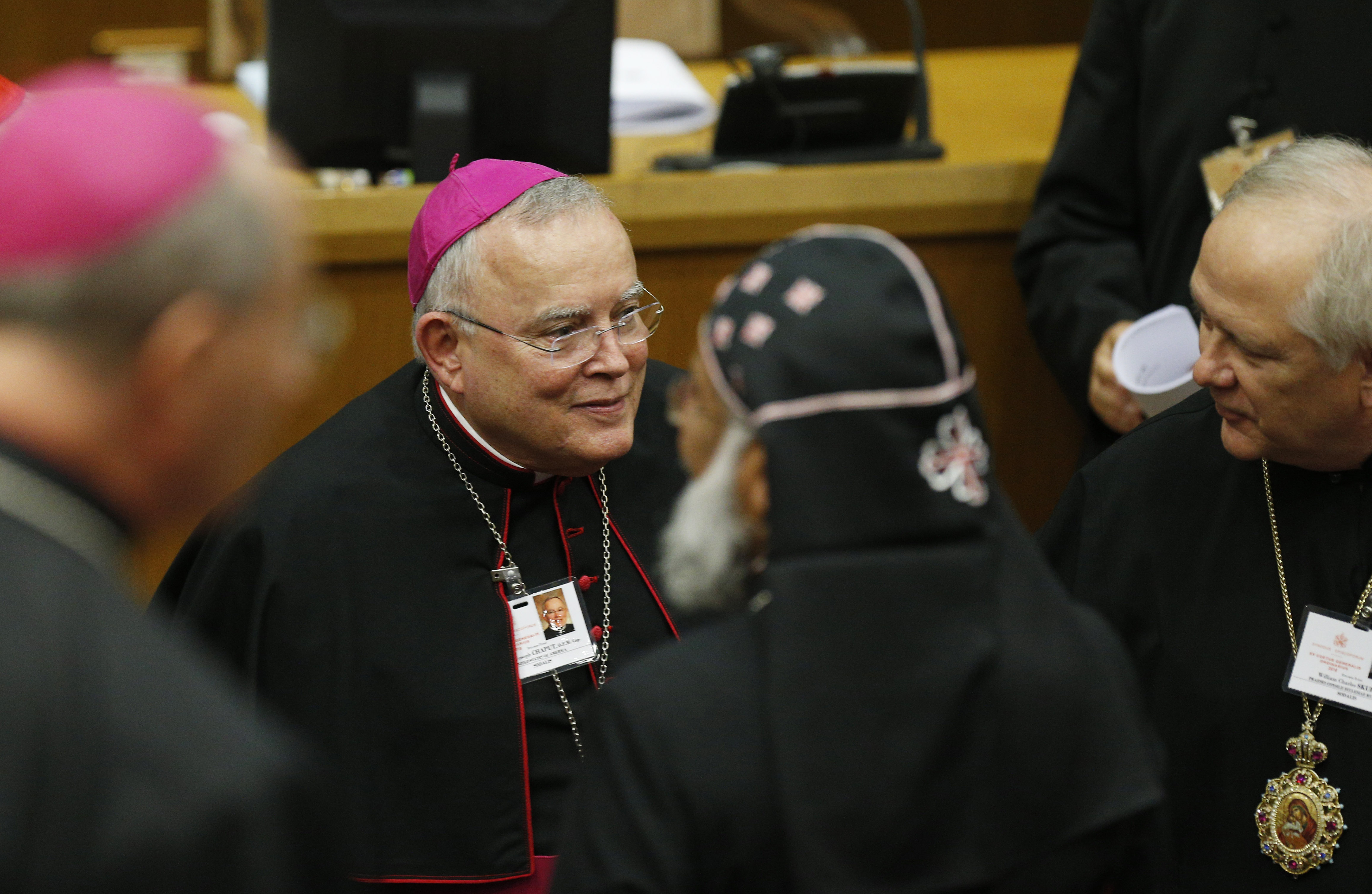 Archbishop Charles J. Chaput of Philadelphia arrives for the opening session of the Synod of Bishops on young people Oct 3
CNS photo/Paul Haring

Young people will never be attracted to a Church that presents Christianity as “sentiment and nostalgia” and which has become too “drugged and distracted” by the culture around it, according to the Archbishop of Philadelphia.

In an interview with The Tablet, Archbishop Charles Chaput argued the biggest problem facing the Church in the western world is a lack of faith, the loss of a sense of transcendence and distrust of “revealed truth,” including among its leaders.

“This explains the tendency today to reduce Christianity to a positive moral code or system of ethics, sweetened with sentiment and nostalgia,” said the Philadelphia prelate, who is attending the synod of bishops gathering on young people, faith and vocational discernment. “But that’s not faith, and it can’t inspire anyone to the kind of urgent, radical conversion that real faith in Jesus Christ demands.”

He added: “we can’t remedy the problem unless we first acknowledge it and consciously separate ourselves in some way from the culture that keeps us drugged and distracted.”

The 74-year-old Capuchin friar has led the Archdiocese of Philadelphia since 2011 has been an outspoken voice for doctrinal clarity and in giving people of faith a prominent role in public life.

During the interview the archbishop re-iterated his opposition to the use of the phrase “LGBT” in official Church documents on the grounds it divides people according to their “sexual appetites.” The phrase appeared in the synod’s working document, the “Instrumentum Laboris” and the archbishop used two of his interventions to argue against the phrase’s inclusion.

“The Church needs to be very careful to avoid fracturing human identity according to our sexual appetites,” he said.

Archbishop Chaput, who served on the synod of bishops permanent council which signed off on the “Instrumentum Laboris” document, said the synod structure “can be a very useful consultative aide” to the Pope although it has “limitations.” He called for a swifter translation of documents written in Italian and that current rules mean “a more closely controlled process” than in the past.

Before the 3-28 October synod commenced, and in the wake of this summer’s sexual abuse scandals, the archbishop called for the gathering to be cancelled and a new assembly focussed on the life of bishops. After the Pennsylvania Grand Jury report into abuse and news of credible sexual abuse allegations against ex-Cardinal Theodore McCarrick, Chaput said the bishops had “no credibility” to talk about young people.

In the interview, conducted over e-mail, he said abuse is likely to appear in the final synod document and that Pope Francis understood the seriousness of the problem. But added that he was “less sure that the roots of the problem will be addressed.” While the Pope’s diagnosis of clericalism is a factor, the archbishop argued, it is “not the dominant one.”

The full question and answer with the archbishop is below.

In one of your synod interventions you say there has been a failure by the Church to pass on the fullness of the faith to a younger generation. What would your proposals be for the Church to remedy this? More robust Catechesis, a different approach to teaching Christianity in Catholic schools?

People can’t give what they don’t have. The central problem of the Church in our time – at least in the so-called “developed” countries – can’t be solved by better tools or techniques. Those things can help, but our main problem is a lack of real faith, even among many of our leaders and teachers. Benedict XVI called it the “silent apostasy,” the loss of a transcendent, metaphysical dimension in the way we understand our lives and the world. It leads to a distrust in the permanence of revealed truth. This explains the tendency today to reduce Christianity to a positive moral code or system of ethics, sweetened with sentiment and nostalgia.  But that’s not faith, and it can’t inspire anyone to the kind of urgent, radical conversion that real faith in Jesus Christ demands.

We can’t remedy the problem unless we first acknowledge it and consciously separate ourselves in some way from the culture that keeps us drugged and distracted.  The good news is that we do have success stories.  Groups in the United States like the Fellowship of Catholic University Students (FOCUS) and The Culture Project are very effective in reaching young adults with the Gospel.  We can learn a lot from their approach.  Unfortunately, neither of them was invited to the synod.

You have said that "LGBT" should not be included in the synod's working document, as there is no such thing as an "LGBT Catholic", or "Transgender Catholic." Are you concerned that identity politics has entered into the Church debates and theology? What do you say to those that want to identify as LGBT and Catholic?

I also said that there’s no such thing as a “heterosexual Catholic.” Identity politics grounds itself in division. That’s not a Christian behaviour. The Church is not immune to factionalism, and she suffers when it takes root.

Some might argue that the use of "LGBT Catholic" is no different to using "English Catholic" or "American Catholic." Should all pre-fix descriptors be removed when talking about oneself as a Catholic?

No, because sex is a unique sort of category.  Issues of sexual desire, and especially behaviour, go to the heart of human identity.  They involve the purpose of the body, what we mean by “human nature,” the complementary wholeness of the human species, and the transmission of life.  So they have big implications for the truth or falsehood of Scripture and Catholic belief.

The Church needs to be very careful to avoid fracturing human identity according to our sexual appetites. “LGBTQ” Catholics implies a special moral category in a determinist way that “African” or “English” Catholics, or “Catholics with disabilities,” does not.

Pope Francis has placed a strong emphasis on the synod of bishops structure as a way of the Church face common challenges and come up with pastoral responses. Do you believe the synod is an effective tool in this regard?

The Synod of Bishops can be a very useful consultative aide to the Holy Father.  This has often been the case in the past.  It was refreshing to hear Pope Francis stress the need for frank and honest discussion in his opening remarks because those qualities are vital for any productive work.  Having served on the synod’s permanent council for the past three years, though, I also see its limitations.

In its current form, it’s a complicated and expensive tool. I’m not sure it can be more effective than it already is. Some obvious improvements can be made. Only a tiny portion of the world’s population speaks Italian, but synod delegates come from all over the globe. So as a practical matter, all synod documents need to be translated from Italian into multiple languages much more quickly, and where possible well in advance, to ensure adequate time for study and discussion. This was a problem with the “instrumentum laboris”.  Delegates should also be named earlier to allow them to prepare properly.  More than a few delegates have also complained about the ambiguity of the current synod’s rules and procedures, which seem to favour a more closely controlled process than in the past.

Again, synods are consultative, not deliberative.  The Pope is always free to accept, revise or reject their proceedings. But they do need to be genuinely collegial to have credibility. I hope that becomes the norm in the future.

What would you like the synod of bishops final document to say about sexual abuse in the Church?

The continuing sex abuse crisis is extremely serious. Fortunately, both Pope Francis and the synod fathers understand this, and the final document will likely reflect their concerns. I’m less sure that the roots of the problem will be addressed.  Clericalism is clearly a factor in the sexual abuse of minors by clergy, but not the dominant one, and very few of the laypeople I know are satisfied with that explanation, especially parents.  In the mind of the lay faithful, homosexuality and its role in the crisis need to be dealt with, but it’s unclear whether the synod will be willing to include it in the final text.