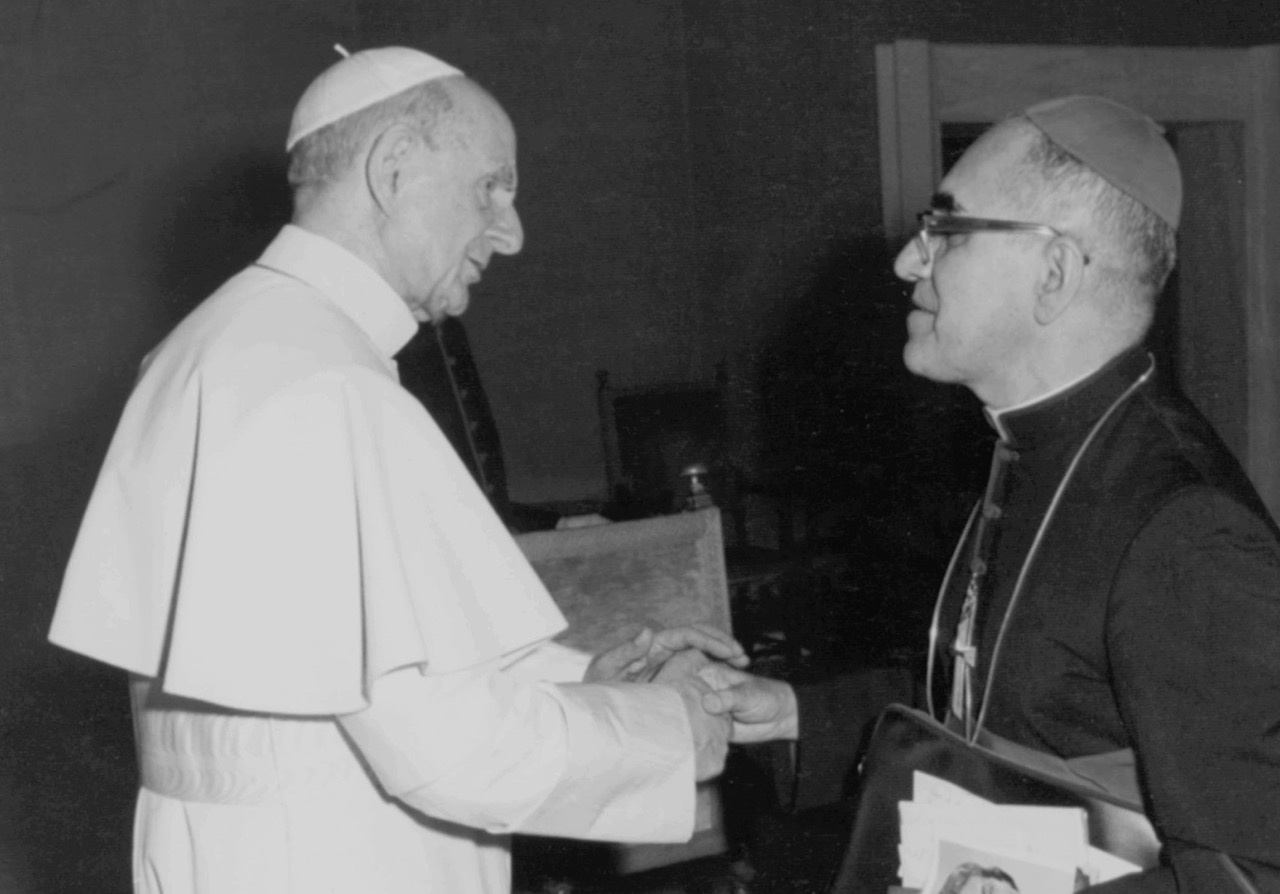 The friendship between Oscar Romero and Paul VI 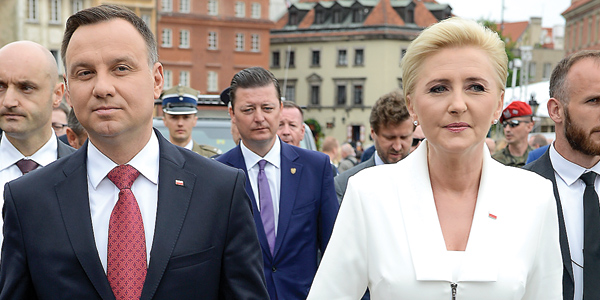 Polish papacy to be marked

Polish President Andrzej Duda and his wife, Agata Kornhauser-Duda, (pictured) are to spend two days in Rome to mark the fortieth anniversary of the election to the papacy of Polish cardinal Karol Wojtyla. The trip on Monday and Tuesday will include an audience with Pope Francis in the Vatican. The presidential couple will also attend a Mass at the tomb of the St John Paul II, the first non-Italian pope in over 450 years.

Pope Paul VI and the martyred Archbishop of San Salvador, Oscar Romero, will be canonised tomorrow in Rome. Pope Francis is to lead the celebratory Mass, taking place during the Synod of Bishops.

The family of a detained priest of China’s underground church has queried why the Vatican did not ask the Chinese government to release detained under­ground clerics before signing the recent Sino-Vatican provisional agreement.

Fr Liu Honggeng, of Baoding Diocese of Hebei province in northern China, is still missing after being arrested three years ago. Another detained underground bishop, James Su Zhimin of Baoding, has been missing for two decades after refusing to join the Chinese Catholic Patriotic Association. He has been seen only once, when he attended a hospital 15 years ago.

Meanwhile, World Watch Monitor reports that 300 Christian children in two high schools in Zhejiang province, a region with a sizeable Christian population, have been asked to fill out forms stating that they do not follow a religion. In February, China’s Communist Party introduced a draconian religious law that included banning under-18s from attending church or receiving any religious education.

The death toll from last month’s earthquake and tsunami in Indonesia now stands at more than 1,750, with up to 5,000 still missing.

Rescue workers discovered the bodies of 34 students killed when a mudslide engulfed their church. They were among 86 students reported missing from a Bible camp in the Jonooge Church Training Centre. Albert Podung, a church worker who lives in Palu, said Catholic and Protestant students were on a retreat in the remote location when the earthquake struck.

The Catholic aid agency, Cafod, along with Catholic Relief Service (CRS), is working with survivors in two dioceses near the affected area – Makassar in South Sulawesi and Manado in North Sulawesi.

“The separation between Sudan and South Sudan has left a great emptiness at an ecclesial level here in the North”, Bishop Yunan Tombe Trille Kuku Andali of El Obeid, a diocese in north-west Sudan, has said, adding: “Some priests, Religious and catechists have returned to their homelands in the new state, South Sudan.” He said that the diocese has received more than 200,000 refugees from conflict in South Sudan.

Meanwhile, the Khartoum government is reported to have cleared a shipment of Arabic-language Bibles believed to have been held in Port Sudan for six years.

A broad new grouping opposed to the government of Daniel Ortega has been formed in Nicaragua. Blue and White National Unity is a coalition of students, business people, human-rights groups and farmers. Among its demands are speeded-up timetables for elections, and the release of political prisoners.

The general secretary of the Nicaraguan bishops’ conference, Bishop Juan Abelardo Mata Guevara, supports the new coalition, saying: “All efforts that seek to strengthen the civil movement to create solutions for our socio-political problems are encouraged. We hope that the recently-created National Unity achieves its goals.”

Caritas Aotearoa New Zealand, speaking in support of the Pacific region, has called for an integrated approach to tackling climate change that prioritises the needs of the poor.

Following the launch last week of its report, “State of the Environment for Oceania: Waters of Life, Oceans of Mercy”, Caritas director Julianne Hickey said: “The poorest people in the Pacific are on the frontlines – those on coastal edges, or reliant on subsistence supplies.”

Meanwhile, walkers of the Global Catholic Climate Movement left St Peter’s Square on Thursday last week on a 960-mile trek from Rome to Poland, where United Nations climate talks will be held in Katowice from 2-14 December.