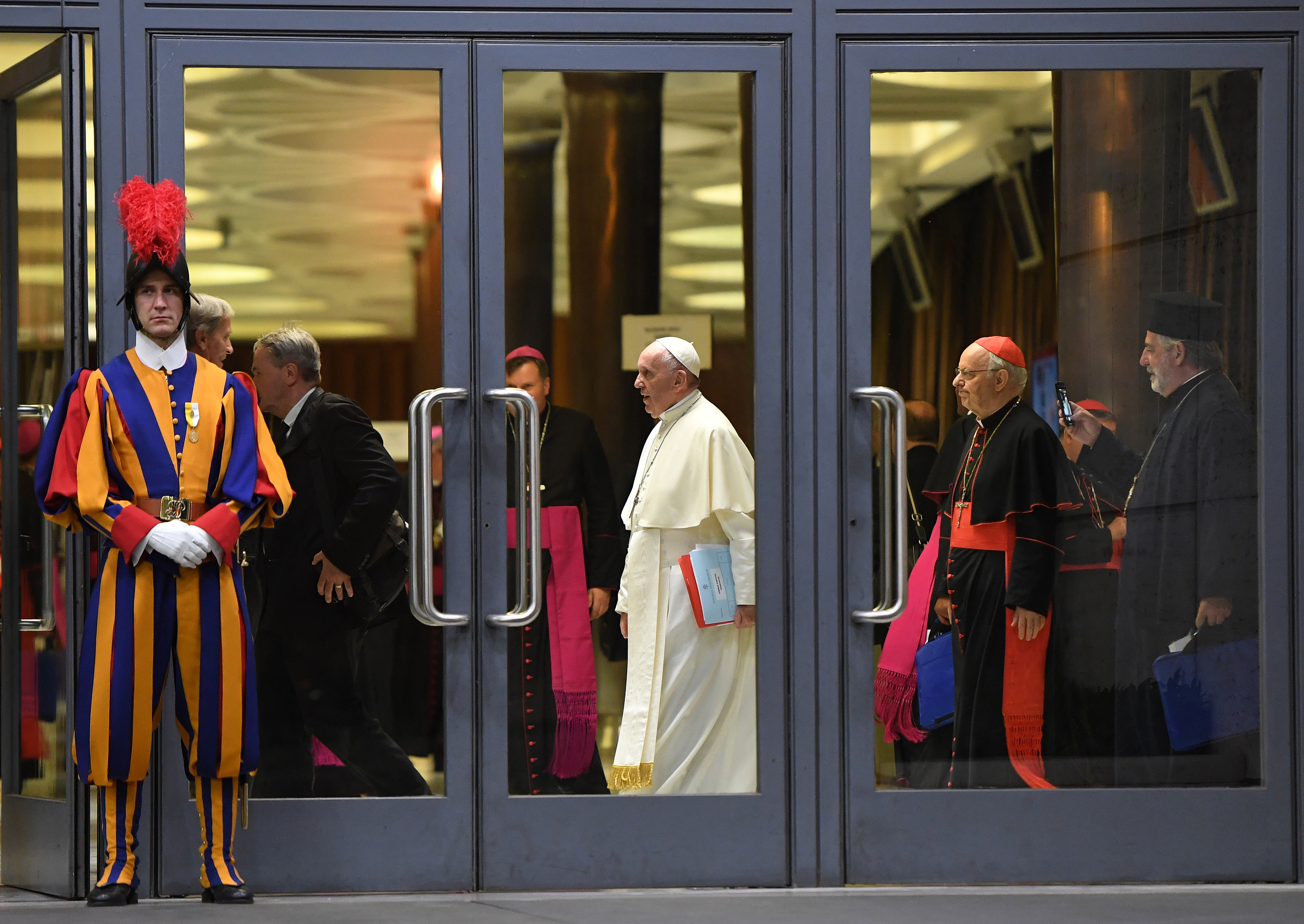 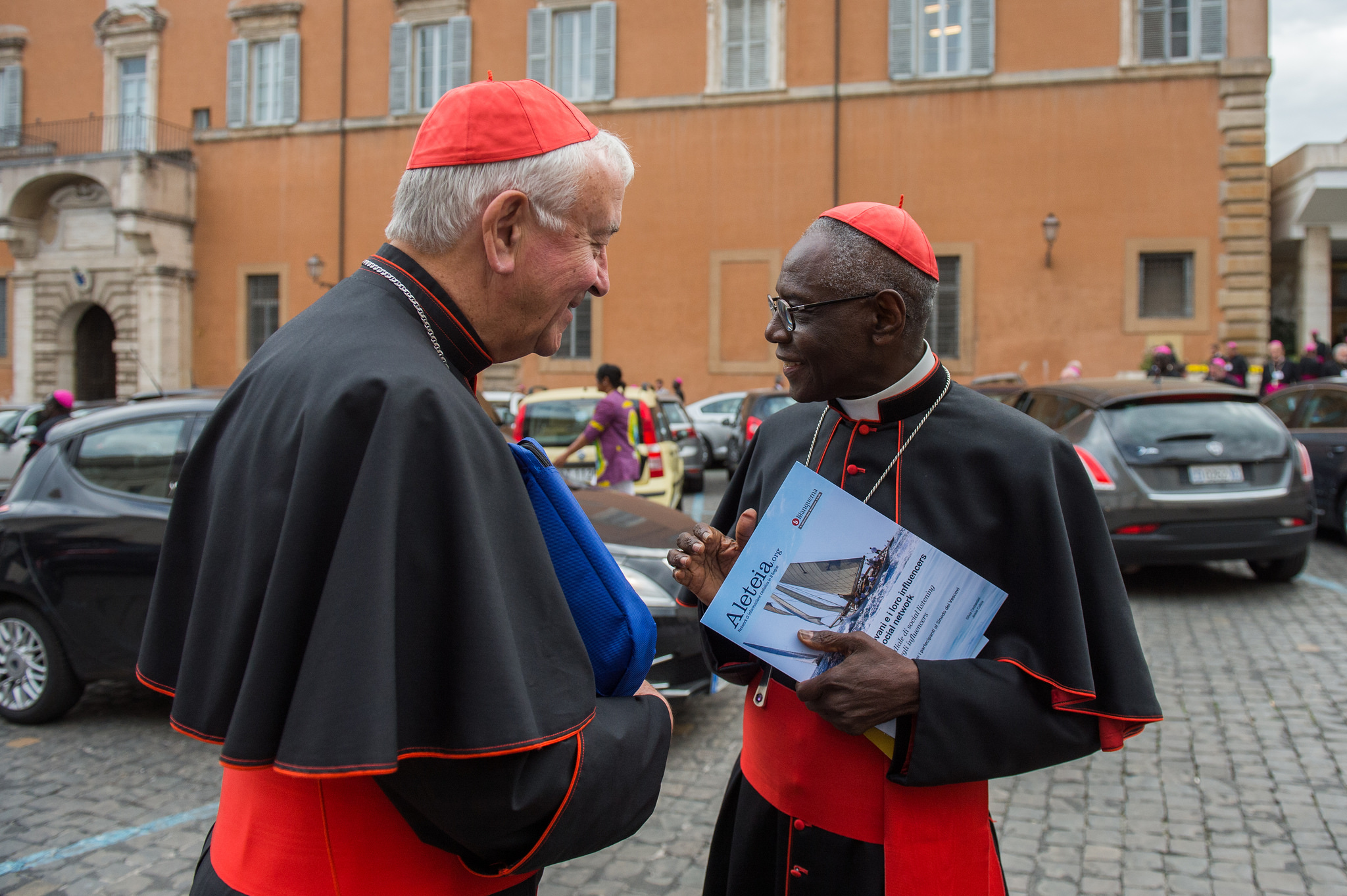 Cardinal Nichols is among the bishops attending the Synod of Bishops in Rome
Photo: Mazur/catholicchurch.org.uk

The Cardinal Archbishop of Westminster says “desperate” people seeking refuge in Britain are often treated in a “shocking” way by the country’s immigration system, and is calling on officials to stop treating human trafficking victims simply as migrants.

Speaking after the UK government issued its new migration plans, Cardinal Vincent Nichols spoke about meeting a woman from the Democratic Republic of Congo who had to wait for 10-years before being granted a temporary leave to stay. He also cited another case where a woman was detained after visiting a migration office to answer questions.

The question of migrants is also on the agenda at the synod of bishops on young people, the faith vocational discernment, with both calls to welcome new arrivals, but also concern from bishops in sending countries that they are losing some of their most promising young people to other countries.

“My concern would be the overall way that our administration treats migrants,” he told The Tablet during an interview at the Venerable English College in Rome during the synod. “To me what’s shocking is the way desperate people who have come to Britain can be treated by our system; not always, but can be.

“I just got a note this morning, that a lady I met four weeks ago at the Jesuit Refugee Service, that after 10 years waiting has now got a temporary leave to stay – which is two and a half years, and that won’t come into effect for another ten weeks,” the cardinal said.

“And its only after that, after all this time, being kept in poverty, destitution – exactly because she was not able to receive any support at all – that she will now be able to receive some support.”

The woman in question was fleeing from DR Congo which has been gripped by years of political instability and has seen 1.7 million people leave their homes, a crisis described by aid agencies as “worse than the Middle East.”

Cardinal Nichols also said it was wrong that no distinction was being made between victims of human trafficking and other migrants who come to Britain with the same support being offered to both.

“There seems to be an unwillingness at the moment to make a distinction to those people on the one hand, who have come and find themselves in this country; sometimes for real need, sometimes not, and on the other hand victims of crime,” he said.

“Victims of human trafficking are victims of criminal activity, and in my view, they should not be treated in the same category as migrants.”

While concerns about immigration as the biggest driver of the 2016 referendum decision to leave the European Union, the cardinal said his big concerns were about those fleeing from a “very violent situation, and a politically dangerous situation” outside of Europe. This, the cardinal said, was a “deeper worry” for him than “what might or might not happen” to people from to Britain from Europe after Brexit.

“They’ve already been given some reassurances that they will be able to stay, clearly there is a pathway of a controlled immigration policy,” he pointed out.

The cardinal said that refugee services see many cases like the woman from DR Congo, and cited another individual who had been arrested after visiting a migration office.

“Another woman I met went to visit a migration office to answer questions ended up in detention. She had no warning, no idea where she was. She was told she could get in touch with a solicitor, but there was no effort made. She was moved around at night. This is not a criminal but somebody who has taken refuge in Britain.”

Earlier this year the cardinal said Britain’s treatment of asylum seekers was a “shame on our country” and has made combatting human trafficking a priority for his work in Westminster. The cardinal is the leader of the Santa Marta Group, a network of police chiefs and bishops from across the world working to combat the scourge of human slavery.