Cardinal Nichols on the 'shock of reality' at youth synod 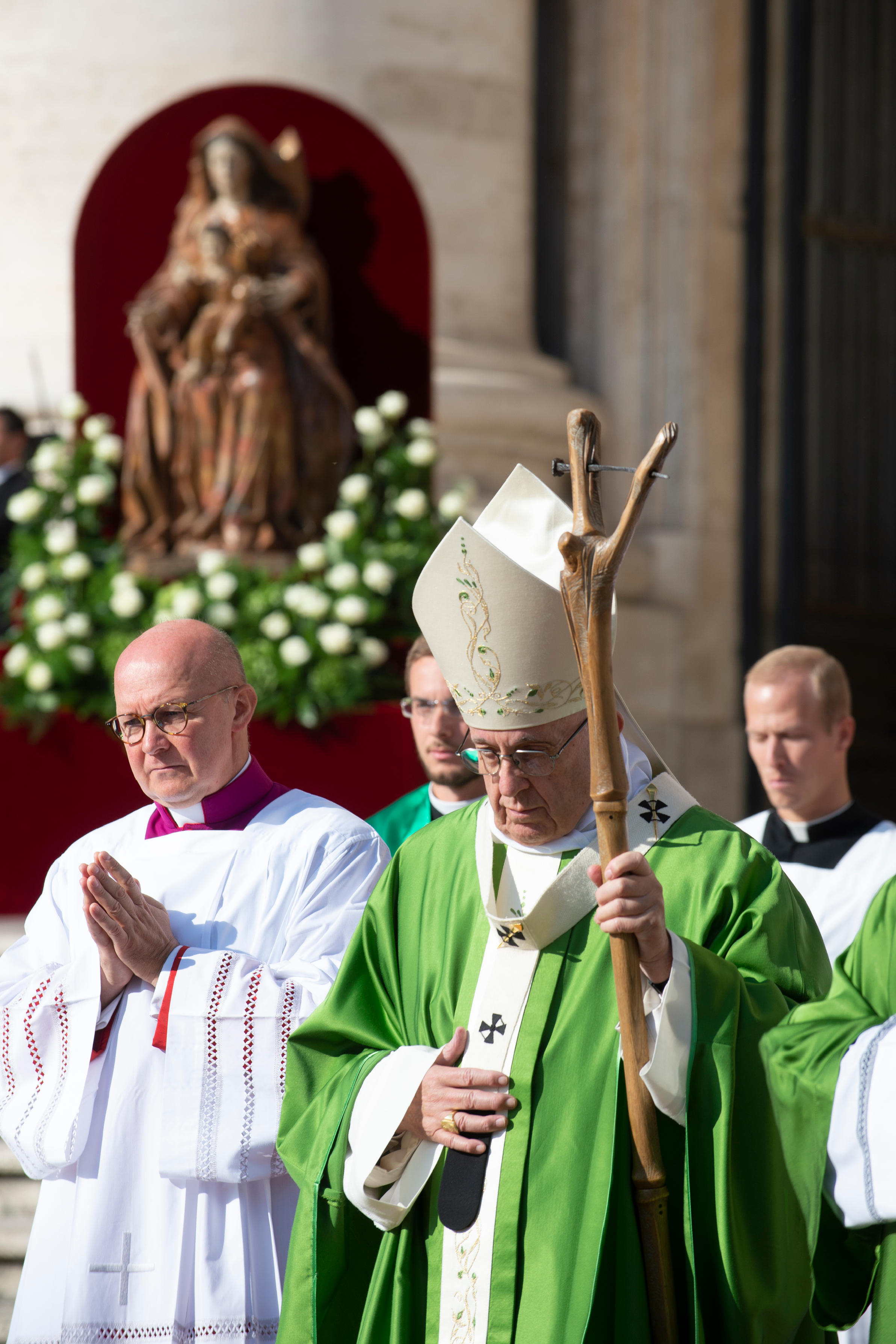 Pope Francis carries the pastoral staff as he celebrates the opening Mass of the Synod of Bishops on young people, the faith and vocational discernment at the Vatican Oct 3
CNS photo/Vatican media

During the opening Mass of the Church’s youth synod, Pope Francis carried an unusual staff.

Twitter users were quick to pick up on the eye-catching papal ‘Ferula’ (pastoral staff), normally a clearly shaped crucifix mounted on a rod.

“Seriously? This is neither crosier nor cross. They couldn’t find anything else in the Vatican besides a coat rack?”one user wrote.

Another tweeted a picture of a stick found in her garden, adding that now her children could play #Synod2018 Mass.

Found this in the yard today. Sometimes my kids play Mass. Now they can play #Synod2018 Mass. pic.twitter.com/Cr5SPBGwt8

Although difficult to identify from a distance, the figure of Jesus on the cross, his arms nailed above him, is carved into the bamboo staff, which was given to the Pope by the group of young Italians with whom he met at the Circus Massimo in Rome on 11 August.

Two young women presented the staff to the Pope at the start of the August pilgrimage gathering, the theme of which had been “On a thousand roads, towards Rome”.

Delivering him the gift, one of the young women, Elena, told the Pope: “We have experienced that each path needs his cane and on this special occasion we give you a staff sculpted from a log.”

She explained that bamboo staff showed that the “torn heart of Jesus on the cross guarded a small seed, that seed that dies to bear fruit and our hope.”

She had also told Francis that “it would be beautiful for this staff to accompany him during the Youth Synod”.