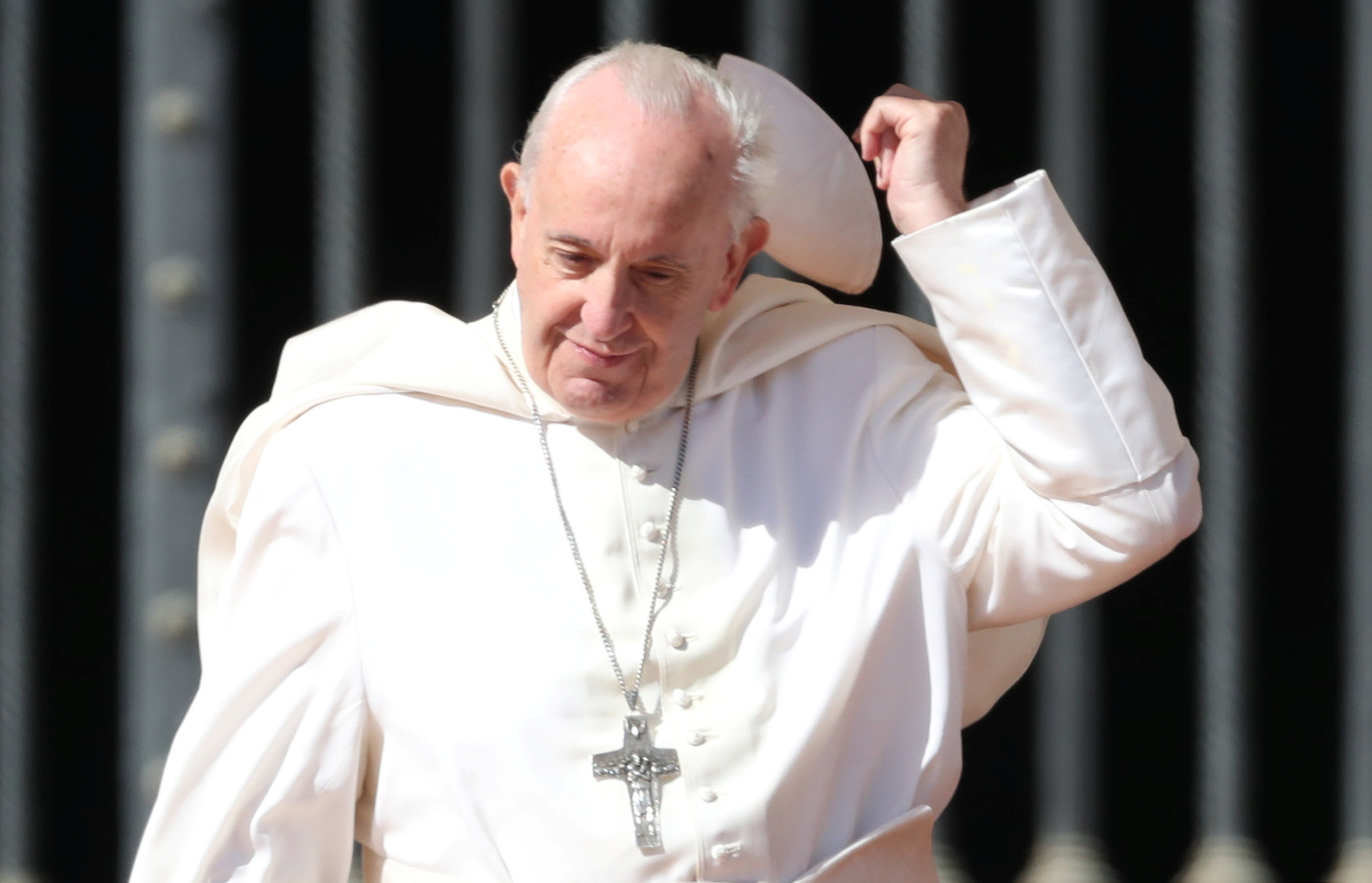 US confidence in Pope Francis falls amid sexual abuse scandal

'It is for you, youth, that the Church now comes through her council to enkindle your light, the light which illuminates the future, your future' 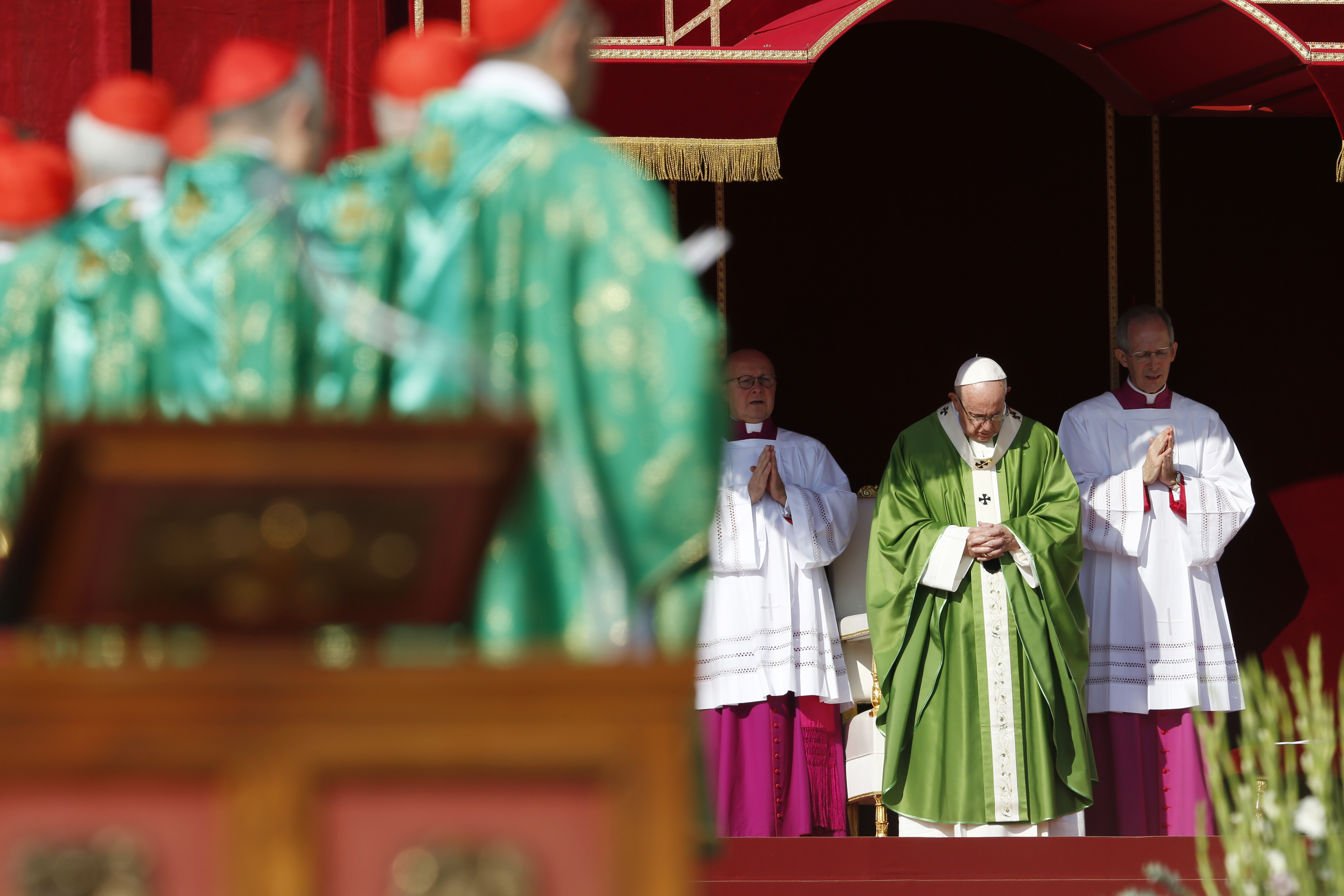 Pope Francis celebrates the opening Mass of the Synod of Bishops on young people, the faith and vocational discernment at the Vatican Oct 3
CNS photo/Paul Haring

Pope Francis opened the Church's youth synod by urging participants to take their lead from younger generations and to avoid “falling into moralistic or elitist postures.”

The month-long Synod of Bishops gathering started today and will focus on young people, the faith and vocational discernment. But the event takes place under a cloud of Church sexual abuse scandals and its assorted cover-ups by members of the hierarchy. Some have called on the Pope to cancel the event arguing the bishops have forfeited the ability to offer guidance to young people in the light of the crises.

But the 81-year-old Latin American Pontiff, who did not mention abuse during his homily at the Mass to open the synod, said bishops will have credibility if they approach the event with a disposition of listening and that the youth of today cannot be abandoned to the “pedlars of death” of the contemporary world. And he urged them not to become "crushed by the prophets of doom and misfortune, by our own shortcomings, mistakes and sins."

This listening to young people, Francis told the crowd gathered in St Peter’s square, must be done “sincerely and prayerfully, as free as possible from prejudice and conditioning” and without an attitude of “self-preservation and self-centredness which gives importance to what is secondary yet makes secondary what is important”.

The synod is comprised of 267 voting members - the vast majority of whom are bishops and cardinals - but is assisted by 23 experts and 49 observers. Among them are 36 people aged 18-29 who will be given a chance to address the gathering and take part in the deliberations.

Francis urged the synod fathers, many of whom are in their 60s and 70s, to remember their vocations which, for a lot of them, came to fruition during the Second Vatican Council, the 1962-65 gathering of bishops which set the blueprint for the contemporary Church.

“The final message of the council fathers was addressed to the youth of that time,” the Pope said. “That message which we ourselves heard in our youth will do us much good if we revisit it in our hearts with the help of the poet’s words: ‘May the man hold fast to what the child has promised’.”

He was quoting the 19th century German Romantic, Friedrich Hölderlin, a Lutheran who struggled with mental illness but whose poetry reflected on hope in a constantly changing world. Hölderlin is one of the Pope's favourite poets and he referenced him in a 2013 interview early on in his papacy.

Quoting from the final council message of Pope Paul VI, whom Francis will canonise on 14 October while the synod is meeting, the Pope told the crowd gathered in the square: “It is for you, youth, especially for you that the Church now comes through her council to enkindle your light, the light which illuminates the future, your future.”

“We know that our young people will be capable of prophesy and vision to the extent that we, who are already adult or elderly, can dream and thus be infectious in sharing those dreams and hopes that we carry in our hearts,” the Pope stressed.

During his homily, Francis also noted the presence of two bishops from China, who become the first members of the Chinese hierarchy to attend a synod gathering and do so following the recent Vatican-Beijing agreement.

“The communion of the entire Episcopate with the Successor of Peter is yet more visible thanks to their presence,” the Pope said.