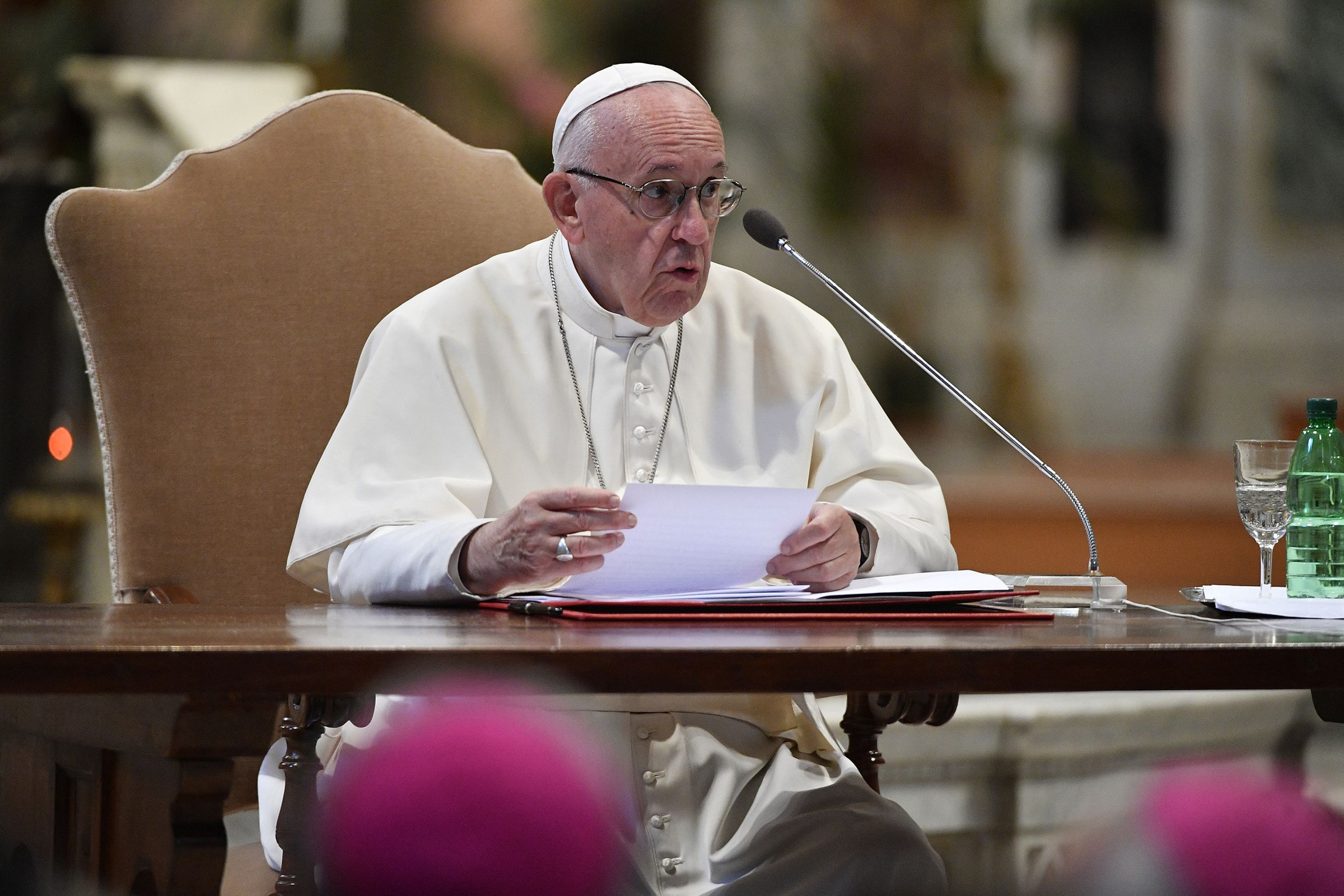 Pope: Pray to protect church from devil, step up fight against abuse 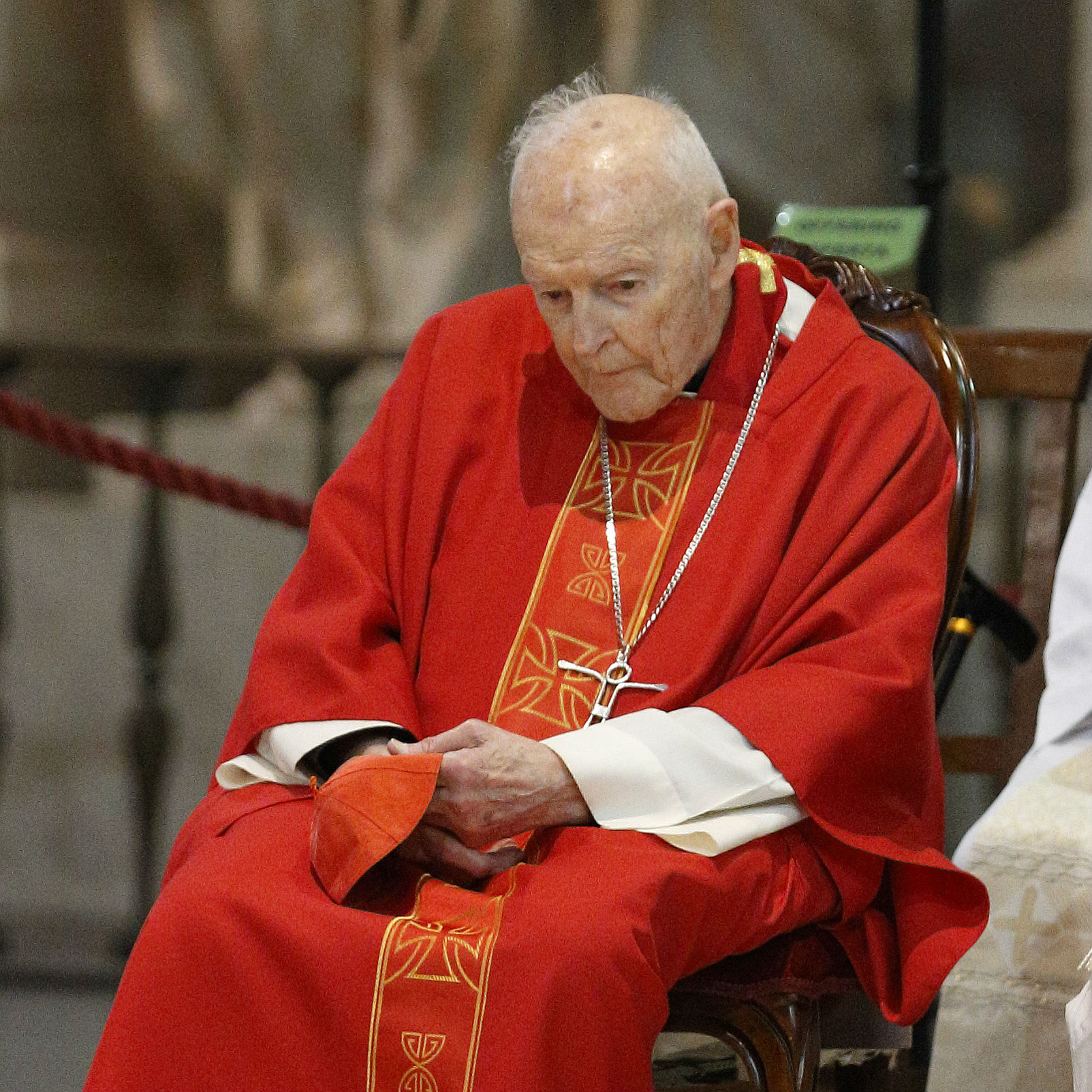 The Archdiocese of Washington announced on 28 September that former Cardinal Theodore E. McCarrick, who was removed from ministry earlier this year after abuse allegations came to light, is now living in Kansas in a friary for Capuchin Franciscan friars.

Archbishop McCarrick resides at St. Fidelis Friary in the city of Victoria, the archdiocese said in a statement, adding that "respect for the privacy of this arrangement is requested" out of consideration for the peace of the community of the friars who live there.

Victoria is in a rural area of Kansas and has a population of about 1,200. The website for the friary, which is in the Diocese of Salina, lists its residents as five priests and one religious brother.

Salina Bishop Gerald L. Vincke issued a statement on 28 September saying Washington Cardinal Donald W. Wuerl called him on 13 September to ask for his permission to allow Archbishop McCarrick to live there after the provincial, or superior, of the Capuchin religious community in Denver consented to the arrangement.

"Please know that I agreed to this arrangement with the understanding that Archbishop McCarrick is excluded from any public appearances and ministry," as church officials investigate the accusations and they're examined in a canonical trial, Bishop Vincke said in the statement. "Our diocese is not incurring any cost in this arrangement."

Bishop Vincke said that he realises the decision "will be offensive and hurtful to many people," especially since Archbishop McCarrick "is, in many ways, at the forefront of the recent firestorm in the church."

While allowing Archbishop McCarrick to live in the diocese, Bishop Vincke said he had to reconcile his feelings of "disappointment, anger and even resentment" toward him.

"Many of us are confused and angry by what Archbishop McCarrick is alleged to have done several decades ago," he said, while also apologising to all victims of abuse.

On 28 July, Pope Francis accepted then-Cardinal McCarrick's resignation from the College of Cardinals and ordered him to "a life of prayer and penance until the accusations made against him are examined in a regular canonical trial."

In June, the pope had removed him from public ministry after allegations the then-cardinal had abused a minor 47 years ago in New York was deemed credible. A second accusation that he had abused a minor followed, along with other revelations from seminarians who alleged various abuses by the prelate in a New Jersey beach house. Archbishop McCarrick has denies the accusations.

In July, The New York Times wrote about past financial settlements with two men who had accused the cardinal of abusing them.

Since then, the 88-year-old archbishop had been in seclusion in Washington. The statement from the diocese did not disclose when the move to Kansas took place.

Leadership from the US Conference of Catholic Bishops met with Pope Francis on 13 September about carrying out an investigation of the archbishop and the allegations that surround him but have not publicly disclosed what it will entail.

In a statement on 19 September, the USCCB Administrative Committee said it supported "a full investigation into the situation surrounding Archbishop McCarrick, including his alleged assaults on minors, priests and seminarians, as well any responses made to those allegations."