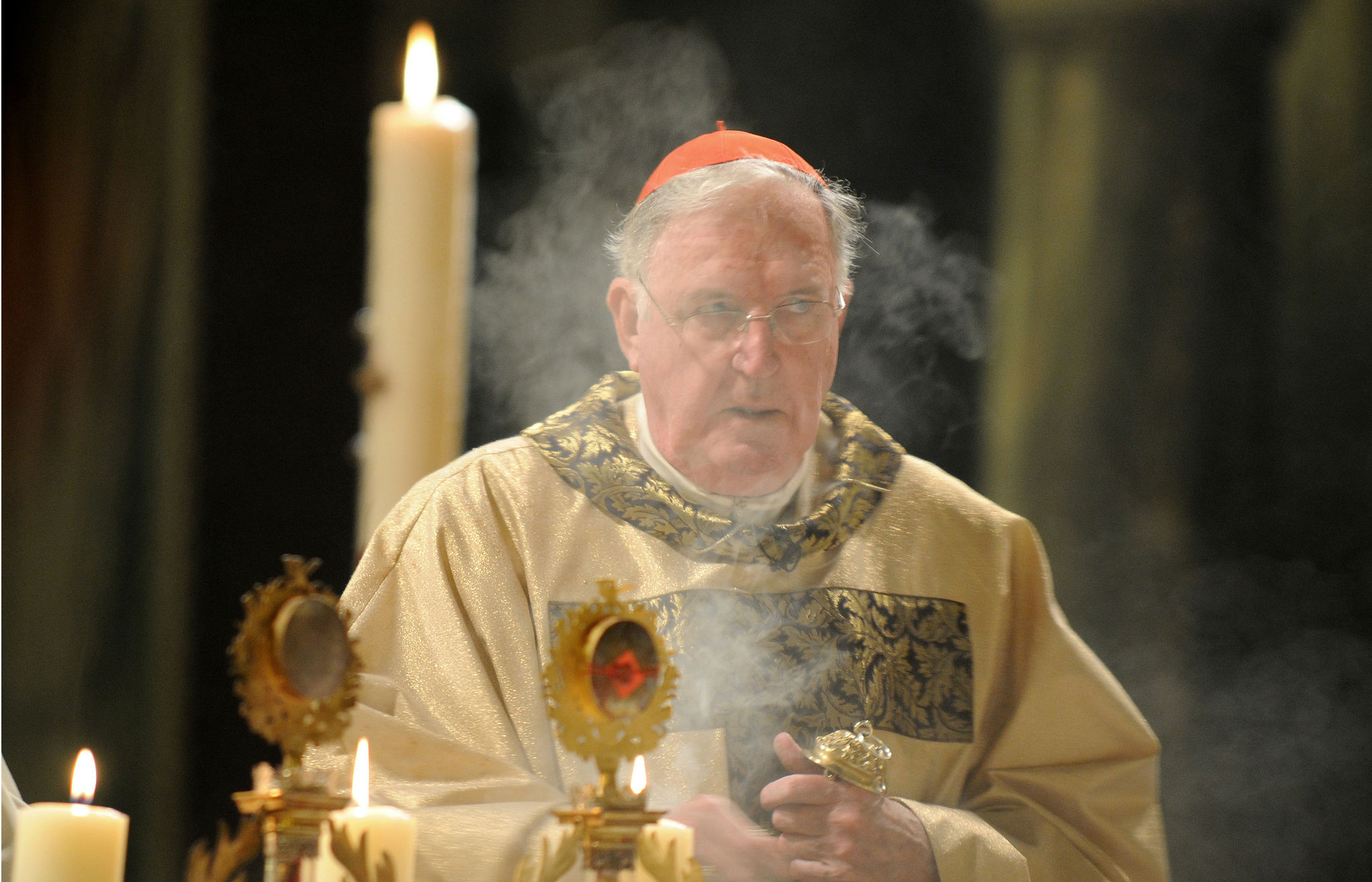 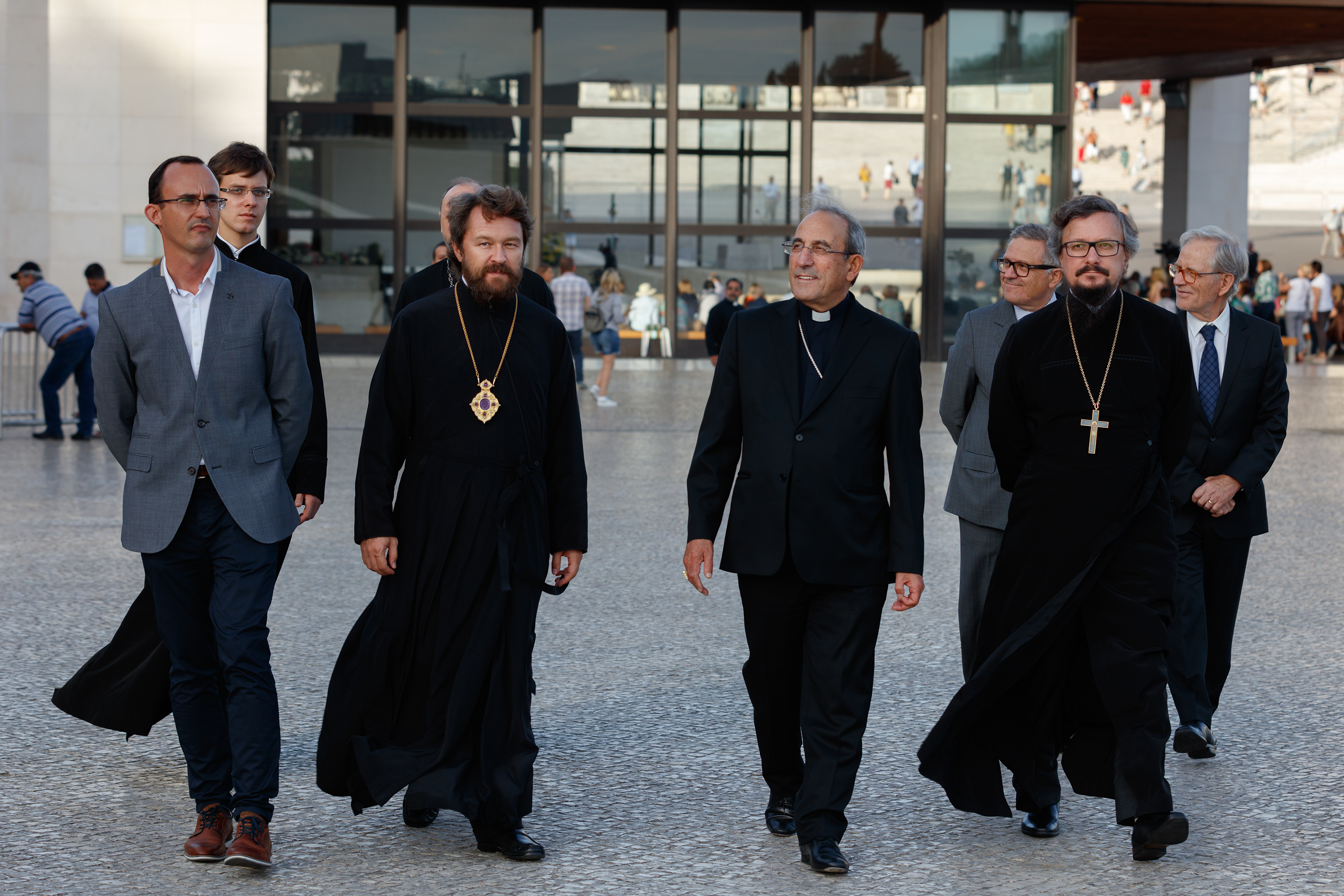 Metropolitan Hilarion Alfeyev, the number two cleric in the Russian Orthodox Church who is responsible for external affairs and dialogue with the Catholic Church, visited the Shrine of Fatima earlier this month.

Hilarion was welcomed by Cardinal António Marto, Bishop of Leiria-Fatima, who thanked the Metropolitan for the “testimony that the Russian Orthodox Church has given to foster good relations between the two Churches”.

Cardinal Marto said that he is “always interested in the relationship between the Patriarchal Church of Moscow and the Holy See, especially when Metropolitan Hilarion visits Pope Francis”.

At a meeting at the Vatican on 30 May this year between the Pope and a Russian Orthodox delegation led by Metropolitan Hilarion, Francis emphasised the common ground between the Churches, and assured Metropolitan Hilarion that the Vatican has no desire to interfere in internal Russian Orthodoxy. “I want to confirm most of all in front of you dear brother and before you all that the Catholic Church will never allow an attitude of division to be born on its own. We will never allow it. I do not want it. In Moscow, in Russia, there is only one Patriarchate, yours. We will not have another,” Francis told him.

Metropolitan Hilarion has been campaigning vigorously against the moves by the Ukrainian Orthodox Church to declare itself autocephalous. Jurisdiction from Moscow has endured over centuries, but has been increasingly challenged from Kiev since Ukraine broke away from the Soviet Union in 1991, and especially since Russia’s annexation of Crimea in 2014 and the ongoing “frozen war” between Kiev – and Moscow – backed forces in the east of the country.

“I know that there has been a flourishing of Christianity in the Russian Orthodox Church, and in this way we are living a moment of important collaboration between the Orthodox Church and the Catholic Church in Europe to defend the great Christian values,” Cardinal Marto told Hilarion at Fatima. He asked Hilarion to convey “cordial greetings” to Patriarch Kirill of Moscow.

For his part, Hilarion said that when the programme for his two days in Portugal was outlined, the request to visit Fatima was a priority for him personally because he wanted to see this “place of peace”. In the Chapel of the Apparitions he prayed in silence, and asked to place a candle there.

Whether or not Russia has been consecrated to the Immaculate Heart of Mary in accordance with the expressed wish of the Virgin Mary is a matter of some dispute.Pope Saint John Paul II consecrated the world, including Russia, to Mary’s Immaculate Heart on 25 March 1984, seven years before the collapse of the Soviet Union. However, speaking on 13 May 2017, Cardinal Paul Josef Cordes, former president of the Pontifical Council Cor Unum, recalled his conversation with Pope John Paul II after the 1984 consecration, when the statue of Our Lady of Fatima was in Rome. “Obviously, for a long time [the pope] had dealt with that significant mission which the Mother of God had given to the seer children there,” Cardinal Cordes said. “However, he held back to mention Russia explicitly, because the Vatican diplomats had urgently asked him not to mention this country because otherwise political conflicts might perhaps arise.”