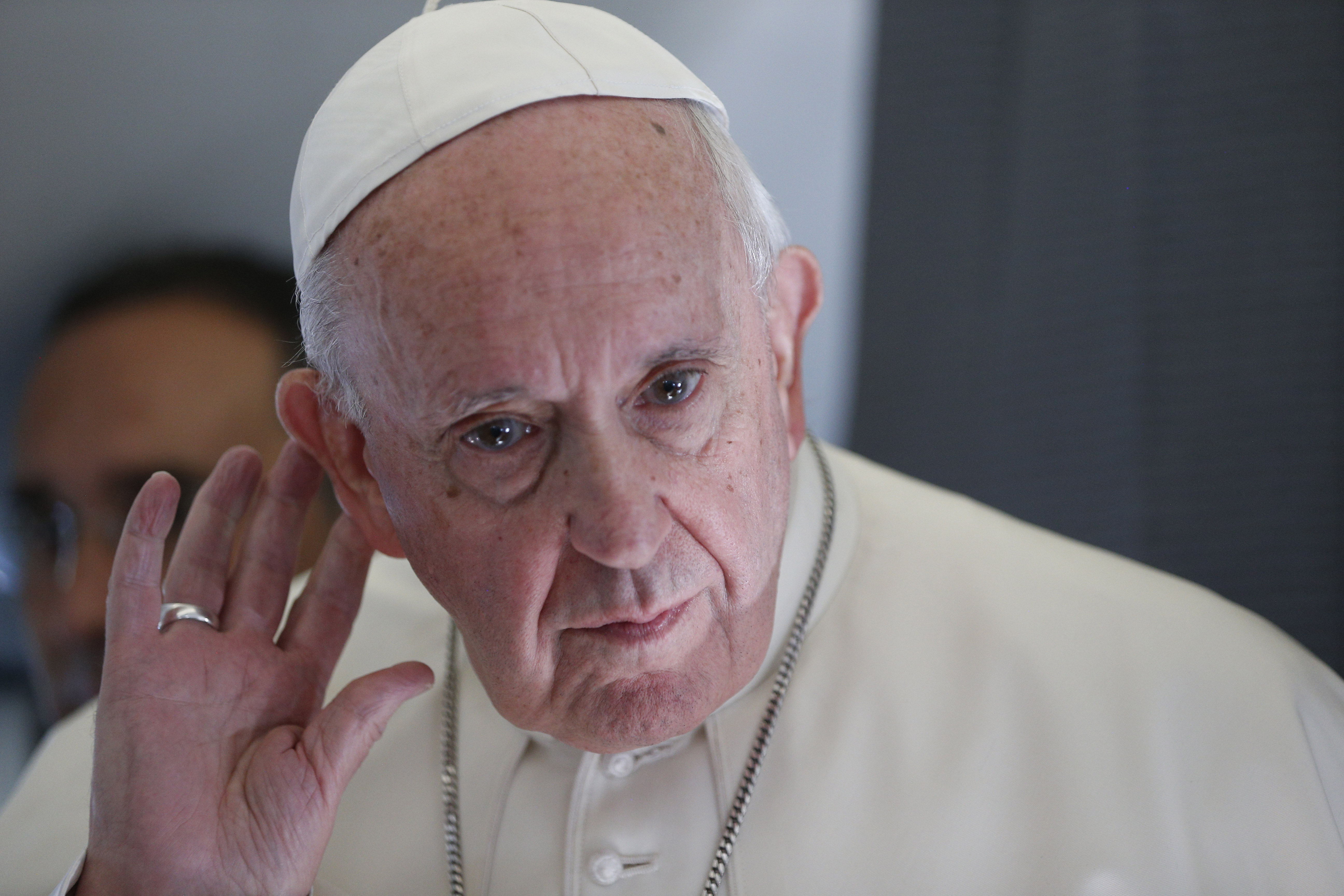 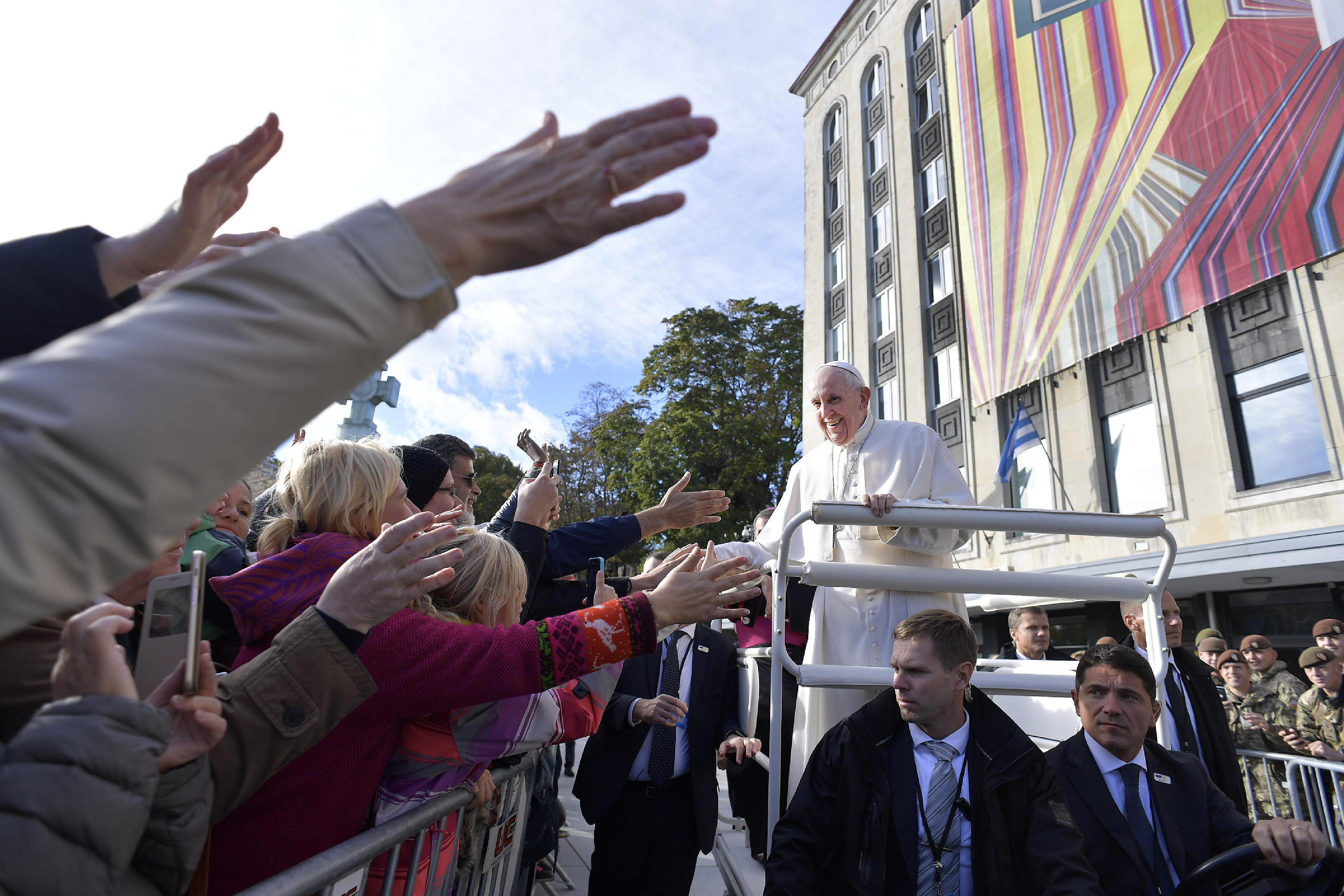 Pope Francis, in his Popemobile, waves to the crowd as he heads to the Liberty Square for a holy mass on September 25, 2018 in Tallinn, Estonia
Photo: ABACA/PA Images

Pope Francis is urging Chinese Catholics who feel abandoned by the Vatican’s deal with China to have faith that the new relationship will unify and renew the Church.

In a letter to "the Catholics of China and to the Universal Church”,  the Latin American Pope writes that the “provisional agreement” signed between the Holy See and China will open a new chapter for Chinese Catholics, although admits the deal is “capable of improvement.”

China's roughly 10 million Catholics are made up of those loyal to the state-run Patriotic church arm and the underground church loyal to Rome. As part of the new accord with China, the Pope lifted the excommunications of eight state-appointed bishops ordained without papal approval.

“Some feel doubt and perplexity, while others sense themselves somehow abandoned by the Holy See and anxiously question the value of their sufferings endured out of fidelity to the Successor of Peter,” Francis wrote.

But the Pope said the aim of the agreement was to attain “specific spiritual and pastoral aims” which help “advance the preaching of the Gospel and to reestablish and preserve the full and visible unity of the Catholic community in China.”

He pointed out that a “complex institutional dialogue” between the Vatican and Beijing had been started by John Paul II and continued by Benedict XVI. It was, he stressed, a “journey” of dialogue that required an act of faith similar to that required by Abraham in the Old Testament.

“Had Abraham demanded ideal social and political conditions before leaving his land, perhaps he would never have set out,” the Pope explained. “Instead, he trusted in God and in response to God’s word he left his home and its safety. It was not historical changes that made him put his trust in God; rather, it was his pure faith that brought about a change in history.”

Francis added: “As the Successor of Peter, I want to confirm you in this faith – in the faith of Abraham, in the faith of the Virgin Mary, in the faith you have received – and to ask you to place your trust ever more firmly in the Lord of history and in the Church’s discernment of his will.”

The Pope said that the newly signed agreement is the first one to set out “stable elements of co-operation between the state authorities and the Apostolic See” over the appointment of bishops.

While details have not been made public, the deal gives Beijing powers over the process of finding new candidates for the episcopacy while the Pope retains the right to announced the names of new church leaders.

“It is not a question of appointing functionaries to deal with religious issues, but of finding authentic shepherds according to the heart of Jesus, men committed to working generously in the service of God’s people, especially the poor and the most vulnerable,” Francis stressed.

The process, he explained, will see the Holy See “play its own part”. He encouraged Catholics in China “to join in seeking good candidates capable of taking up in the Church the demanding and important ministry of bishop.”

Although the new arrangement is focussed on the appointment of bishops, it is the first step towards the Holy See’s long-held aim to re-establish full diplomat relations with China, which were broken off in 1951. A major stumbling block for the relationship has been episcopal nominations, with neither side wishing to give up control over the process.

The deal with China is also not the only accord that the Vatican has struck with a communist country in recent years. Back in the mid-1990s, the Holy See came to an arrangement with Hanoi’s authorities over the appointment of bishops, and today are on the verge of establishing full ties.

In his letter the Pope explained that he saw China has a country “of great opportunities” and a place of “inestimable patrimony of culture and wisdom”. He cited Fr Matteo Ricci (1552-1610), a Jesuit missionary to China who was employed as an advisor to the Wanli Emperor, for pointing out that trust is needed “before entering into friendship”.

Addressing Beijing’s political leaders, the Pope wrote that he renews an “invitation to continue, with trust, courage and farsightedness, the dialogue begun some time ago”.

He added: “I wish to assure them that the Holy See will continue to work sincerely for the growth of genuine friendship with the Chinese people.”

Catholics in China, Francis explained, “must be good citizens” who love “their homeland” and serve their country. But he also urged them to publicly criticise any attacks on human rights “not out of sterile opposition, but for the sake of building a society that is more just, humane and respectful of the dignity of each person”.