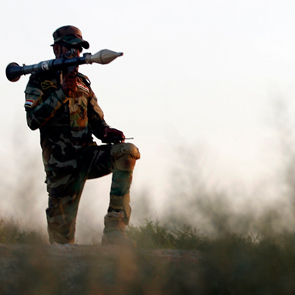 Patriarch asks international community to flush out IS jihadists

Rome’s abuse prosecutor thanks media for keeping up pressure

The Vatican’s lead prosecutor on abuse cases has praised the media for keeping sex abuse cases in the public eye.

Mgr Robert Oliver, Promoter of Justice for the Congregation for the Doctrine of the Faith, told New Zealand’s Sunday Star-Times: “It’s hard for any group over time to keep up the kind of energy that's needed to do this work. What the media has been doing was to keep that energy up.”

Mgr Oliver said that the Church had “much to seek reconciliation for … particularly in not listening to victims.”

He spoke of how meeting survivors of sex abuse reminds him of the importance of his work. “You realise what this does to people… how deeply harmed they are.”

His view is a far cry from the view held, if not voiced, by some clerics, that claims that clergy had abused minors were attacks on the Church designed to damage its reputation. At the height of weeks of abuse revelations from Germany in 2010, Cardinal Angelo Sodano, Dean of the College of Cardinals, referred to reports of clergy sex abuse as “petty gossip”.

Mgr Oliver helped the Boston archdiocese recover from the high number of abuse allegations there before succeeding Mgr Charles Scicluna as Promoter of Justice in 2012.