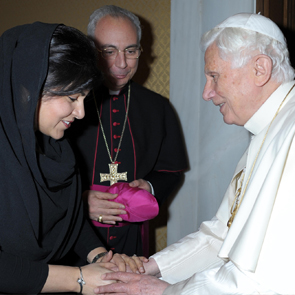 The Vatican has warned that the alleged rejection by his natural parents of a baby with Down’s syndrome born to a surrogate mother is a consequence of a culture that has turned babies into consumer products.

Surrogate mother Pattaramon Chanbua, a 21-year-old food vendor in a Thai seaside town in Thailand, is caring for seven-month-old Gammy, the biological son of an Australian couple who accepted his healthy twin sister.

The biological father, whose identity is unknown, has claimed that he and Gammy’s biological mother were not told about the existence of Gammy, who as well has Down’s Syndrome has a congenital heart condition and a lung infection.

In a strongly worded comment piece the Vatican’s semi-official newspaper L’Osservatore Romano warned that other cases will follow, saying: “We should not be surprised that if parents have ordered a baby renting a woman's womb they will reject a child that is not healthy and perfect.”

“If a child becomes a product to buy, it is obvious that as with any acquisition it must be to the purchaser’s liking.”

People have no cause to be indignant that the couple refused a child that was “imperfect”, the article said.

“In realty there is little to be indignant about - if you accept the logic of a child a as product this is the obvious consequence.”