On Monday, Europe will pause commemorates the centenary of the outbreak of the Great War, scenes from which are depicted in the paintings below.

They were the work of Fr Leslie Walker, a Jesuit priest who served as a military chaplain, and, because of his artistic ability, was asked to sketch the battlefront. A number of his paintings from that period are still in the possession of the British Jesuits. Some appear light-hearted while others depict the horrors of war. Born to non-conformist parents in 1877, Fr Leslie was received into the Church and became a Jesuit in 1899. After the war he went to Campion Hall and died in 1958. The Times remembered him as one with “the authority of a genial volcano … and an anarchic wit.” 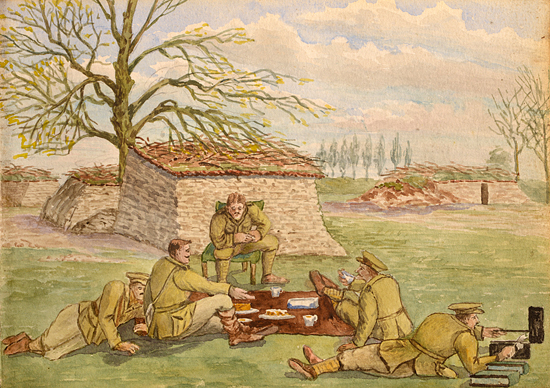 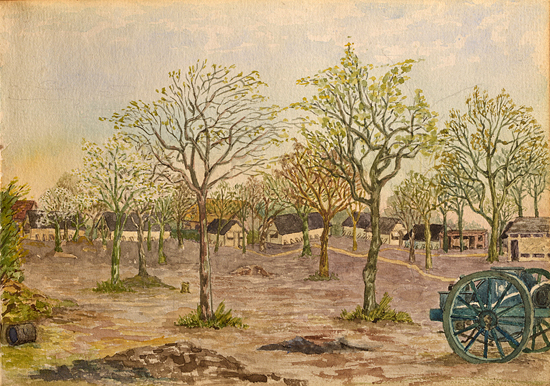 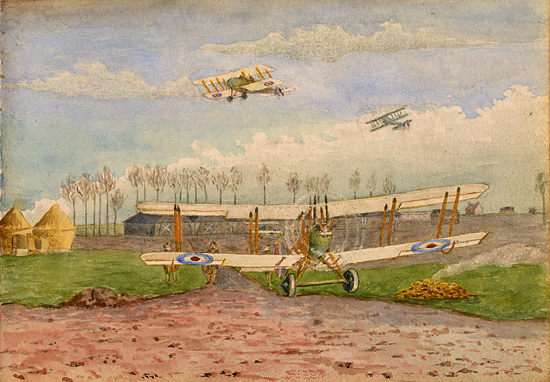