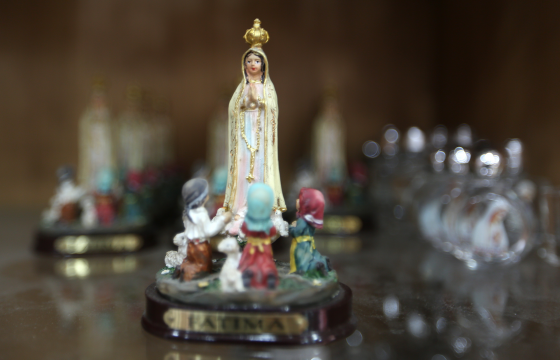 Pope in Egypt 2017: The tangled roots of violence in the history of religion 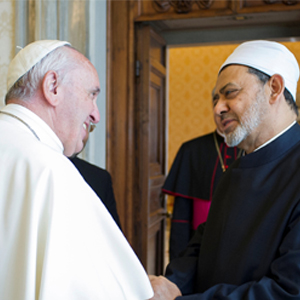 As Pope Francis prepares to meet Muslim leaders in Cairo, a leading scholar of interfaith relations looks at the complex relationship between religion and conflict

Adrian Elms. Khalid Masood. A violent man who became a violent Muslim. Someone who once spurned both Islamic radicalism and the far Right, yet spent the last seconds of his life killing innocent strangers. He used no hijacked aircraft, no explosives, no guns, just a car driven along a pavement. There was no cry of Allahu akbar, no pre-mortem video; even the traces of his involvement in extremism took weeks to uncover. Until recently, the evidence was circumstantial that his rage was religious: he was a Muslim; he copied a method of slaughter commended by IS; and did so in a place of symbolic significance.

Masood’s singular atrocity has provoked another round of the tirade about religion and violence which has been ongoing since the aftermath of 9/11. Then, a caustic Richard Dawkins issued a diagnosis notable nowadays only for its fatuousness: “To fill a world with religion, or religions of the Abrahamic kind, is like littering the streets with loaded guns.” Causal analysis ideally should aspire to precision; blaming something as generic as “religion” provides no more insight than accusing “transport”. Worse still, Dawkins was not just offering theory; he wanted to influence policy. His avowed solution of eliminating religion was as impractical as it was ethically unthinkable.

It took public opinion a decade to get this out of its system, yet now we appear to be stuck in another, admittedly better rut. This time the issue is the causal relationship between Islam’s founding texts and violence. Is it Islam itself that engenders such savagery or are other factors to blame?