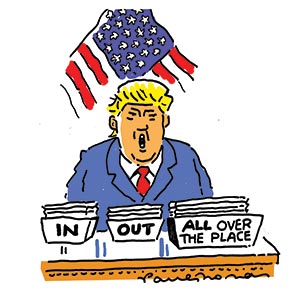 Dark clouds over the rainbow nation 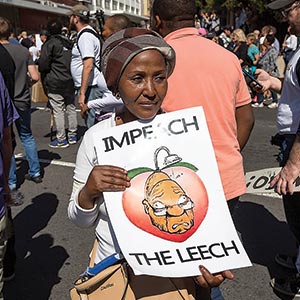 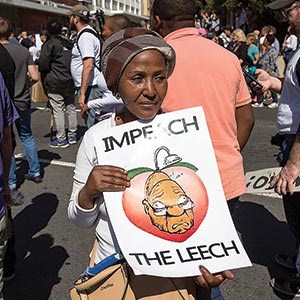 The crisis long bubbling inside the African National Congress now threatens to boil over into widespread violence throughout the country. Faith leaders have a vital part to play in finding a peaceful solution to the growing political problems

“We as Church leaders are conscious that our country is in a crisis,” Abel Gabuza, Bishop of Kimberley, told me last week. “There is a display of arrogance by those in power.”

Protests are an almost daily occurrence in politically hyperconscious South Africa. However, this month’s wave of demonstrations, unusually, saw the middle classes taking to the streets. “Middle class” is no longer a politically correct euphemism for “white”. In Johannesburg and Pretoria, which are home to many affluent blacks, young black protesters were particularly evident. The townships and the impoverished countryside remained quiet by contrast.

The presenting issue is President Jacob Zuma’s dismissal in late March of the Finance Minister, Pravin Gordhan. A former Communist, trusted by business and unions alike as a bulwark against mismanagement and corruption, Gordhan’s departure saw the rand fall by more than 10 per cent and ratings agencies downgrade government debt to junk status. For the better off, that means savings dented and foreign holidays cancelled. For the poor majority, already meagre social provision faces erosion as the cost of servicing the public debt rises.