A sting in this tale 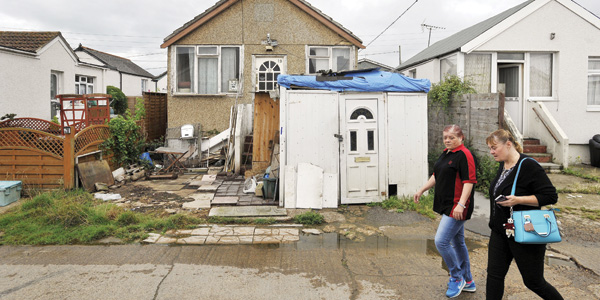 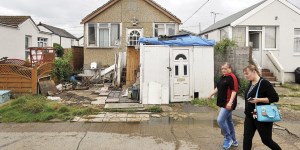 So many people didn’t see Brexit and Trump coming. Some are still unclear about what happened. Yet the causes have been building for years. Both were symptoms of a broken body. How and why have these divisions and estrangements in our democracy come about?

The Remain and the Hillary Clinton campaigns were both predicated on the same economic model that has been dominant across successive governments in the United Kingdom, the United States and elsewhere. This is why what these campaigns offered was meaningless for those who had been left behind. “More of the same” was the last thing they wanted.

But the roots of their disenchantment with ruling elites go deeper than a feeling of having been economically discarded. For too long, a “progressive” agenda has held people with traditional views and interests in contempt. This has touched many groups, not least communities from the old industrial heartlands who have been ignored and culturally sidelined. They felt patronised and insulted.

When people from proud, inherited cultures experience humiliation and powerlessness they will eventually react. So when the Brexit referendum gave them a rare opportunity to be heard, people took it, even if they knew that the campaign was deeply flawed. They were tired of being offered no more than a choice between being a few pounds better or worse off. What was benefitting the global establishment never reached their door. Successive politicians’ rhetoric of “opportunity” never rang true for them. Their infrastructure had fallen into a state of degradation and the dignity that work can offer was fast becoming a memory. They had lost patience as social norms were changed without their consent and many of the things that really mattered to them seemed to have become devalued. They felt exiled in their own country.

The pollsters missed much of what was happening, because this “basket of deplorables” (as Hillary Clinton dismissively referred to them) had been shamed into hiding their views. Why is the “mainstream media” still so often unable to get beyond the dominant group-think? A certain brand of liberalism has, over many years, achieved such blanket coverage that it has become almost impossible for those inside this deeply embedded mindset to imagine that anyone might see the world in a different way. As a result, large numbers of people outside the dominant culture have felt increasingly inhibited from raising legitimate concerns – about the effects on their communities of the rapid pace and scale of immigration, about economic mismanagement, about culture change. They have been effectively silenced, excluded. No wonder a rough, sensationalist, reality-TV vernacular broke through the political permafrost. The ideas were outlandish and brutish but the tone resonated with a widely-felt anger.

We need to ask ourselves some tough questions. Could it be true that the free movement of people has served the interests of big business, commodifying labour and keeping wages low, while running roughshod over the fragile texture of local communities and traditional cultures? Has it sucked the brightest from their places of belonging, adding further strength to the dynamic ­metropolitan centres and meanwhile entrenching communities of the left behind? Could it be true that a focus on diversity has distracted us from economic inequality? Could it be true that we have allowed the European Union’s founding principle of subsidiarity to drift? Could it be true that the culture of political correctness has made people afraid to say what they believe to be true?

Professor Arlie Russell Hochschild, a sociologist at the University of California, Berkeley, has proposed what she calls a “deep story” that captures how people in the US felt as globalisation took hold. “You’re waiting in a queue, like in a pilgrimage, and you’re facing up a hill, at the top of which is your aspiration. You have a tremendous sense of deserving. You’ve done everything right: you’ve followed the rules and worked hard. But the queue is not moving.” Then, the story goes, “you begin to see some people cutting in ahead of you. They’re people from other countries who now have access to jobs that traditionally were reserved for your neighbours and relatives.” And then you see Obama beckoning to the queue jumpers, and you think, “Something is rigged here. And so the very idea of government comes to seem like an instrument of your own marginalisation. Then someone who is ahead of you in the queue, turns around and says: ‘You bigots, you backward rednecks.’” Hochschild’s research suggests that for many Americans who voted for Donald Trump, this deep story is how life feels, is what feels true.

Now that the fragmented, unequal and divided reality has been laid bare, what can be done to rebuild the broken body? The Beatitudes teach that the “poor in spirit” are blessed. The Church does its best to honour this. But have some of us in the Church been swept along and, inadvertently, focused on the interests of the destitute or of refugees or migrants or other minority groups, while overlooking the interests of the struggling working class families in our country, our own neighbourhoods? We must look closer at the relationship between the Church and “the poor”. Faith in the City, the Church of England report published in 1985 in which my father, David Sheppard, the Anglican bishop of Liverpool, was closely involved, focused on “communities of the left behind”. It reminded us that “Poverty is not only about shortage of money. It is about relationships; about how people are treated and how they regard themselves; about powerlessness, exclusion and loss of dignity.” We hear a lot in the churches about giving “a voice to the voiceless”; rather less about the unglamorous task of sitting down together and patiently building a common life.

But who are “the poor”? Pope Francis has spoken of “the poor” as those who live with the experience of non-power. This could be economic but it could also be social, material, relational, educational or spiritual. Someone who is living with the experience of non-power has a sense of their need for other human beings, their need for community: it is the opposite of individualism. This beautiful truth is at the heart of our faith, which is why Francis wants the Church to be outward-facing, not only a Church for the poor, but a Church of the poor. While we are estranged from people who experience non-power, we are impoverished, less human.

The poor don’t always appear to be “respectable” or “deserving”. Their traditions, opinions and cultures may cut across what many in the liberal mainstream are comfortable with. But the Church should be ready to embrace everyone who is poor. If we rank their poverty we risk impoverishing ourselves. The principle of the common good recognises all the groups who experience non-power – ethnic, economic and social, excluding none. It’s not either/or, it’s both/and. Rowan Williams has said that whenever we meet another person we are on sacred ground. Jean Vanier understands that to be fully human, we need to be in a relationship with those the dominant culture rejects, no matter how difficult that may be. Vanier’s experience with profoundly disabled people has taught him that humiliation can lead to anger, and, sometimes, to violence. Those with no power may well be angry. But he also talks about the “gift of the poor”. They often reveal to us with stunning clarity the needs, the pain and the beauty of the whole community.

Shaming the poor even further into silence will eventually hurt us all.

Our task, as people of the Church, is to step outside of the echo chamber, to leave the comfort zone of like-minded friends. All of us in our country are “members one of another”. Rebuilding the broken body involves listening and humility; it is not a matter of persuasion but of encounter, for it is only in meeting that transformation can take place. In his letter to the Ephesians, Paul says we should “Tell each other the truth, because we all belong to each other in the same body.” He is calling for the unity and reconciliation of the whole of creation through the agency of the Church. This challenge brings the potential for the healing of our fragmented society into convergence with the Church’s mission.

This moment of political turmoil is an opportunity. The old orthodoxies of left and right have been in decline for some time. A new settlement is being formed, and, if it is not founded on relationships between groups currently so estranged, our democracy will remain in crisis. The Church, with its social teachings, could be a blessing to our national community in this great task: the common good correctly understood is never partisan or sectarian. But if it cannot reform its relationship with the poor, the Church risks a sterile internal conversation, sidelining the very person of Jesus.

Jenny Sinclair is the founder/director of Together for the Common Good.
www.togetherforthecommongood.co.uk