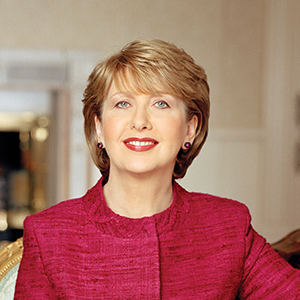 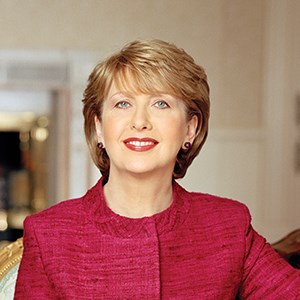 Mary McAleese, Ireland’s former president, knows what it’s like to flee her home, to be, as she once described it, “a refugee on my own island”. Growing up in the Catholic Ardoyne area of north Belfast in the 1960s and 1970s, she witnessed first-hand the violent sectarianism that ruptured the city, destroying lives and families, and buttressing hatreds and fears that had blighted Northern Ireland for generations.

Loyalist gunmen attacked her family home in December 1972. The house was empty at the time, but nothing could prepare her for what she saw on her return. The front garden was strewn with shells from machine guns; her sister Nora’s bedroom, in the direct line of fire, had been so riddled with bullets it was like a colander. “They had shot only into the rooms with the lights on. There were bullet marks on the dressing table and the drawers. It was the most chilling thing,” McAleese recalled later. The family left immediately, never to return.

That experience of watching her strong parents become victims of circumstances over which they had no control, impels her response to the current refugee crisis. Tomorrow, in the Church of Ireland cathedral in Waterford, she will launch “Joy Bells”, a bell-ringing initiative that will sound a note of solidarity to counter the intolerance and exploitation that swirls in the volatile ether of Europe’s reaction to refugees. Churches and bell-ringers across the world have taken up the invitation of the Dean of Waterford, Maria Jansson, to join this communal summons to a more compassionate, human engagement with people who have been forced from their homes.

It is the simplicity and timelessness of Jansson’s idea that attracts her, McAleese explained when we met recently in Dublin: “There’s no dogma or doctrine going to get in the way of it because this is something that everybody can subscribe to. It seemed to me all the more important that it would be a Christian initiative because so often these days the voice of Christians, or at least an appeal to so-called Christian culture, is used to exclude other ethnicities, other races, and again to breed intolerance. And that’s always seemed to be so counter-cultural and so contradictory of the Christian faith.”