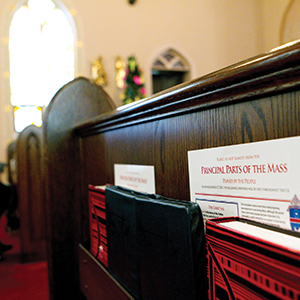 Don’t get your hopes up

Talk of a major revision of the 2010 missal is unrealistic and premature. But the frustrations it causes are still real and there is a strong case for change

We should not expect too much from any new review within the Congregation for Divine Worship (CDW) of Liturgiam Authenticam (L.A.), the document issued in 2001 setting out the ground rules for liturgical translation. For a start, all we have at the moment are unattributed reports.

The story broke in a blogpost by the Italian journalist Sandro Magister. His piece is little more than a string of wild accusations against Pope Francis’ policies in general. For Magister, the commission ordered by Pope Francis on L.A. presages “the demolition of one of the walls of resistance” against the excesses of post-conciliar liturgists.

If the commission does get under way, it is not likely to recommend any major change of approach. Although no formal announcement has been made, its chair is thought to be Archbishop Arthur Roche, the former Bishop of Leeds and the second in command at CDW. After L.A. was produced, it was he who presided over the reconstituted International Commission on English in the Liturgy (Icel), which, with Mgr Bruce Harbert (recently appointed as a consultor to CDW) as its executive director, followed the 2001 norms with conviction, integrity and competence.