Order of Malta: Errant knights tilt at the power of the Pope 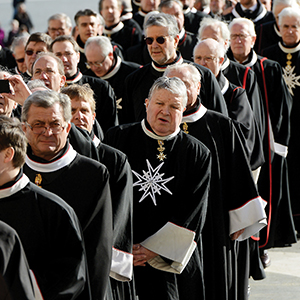 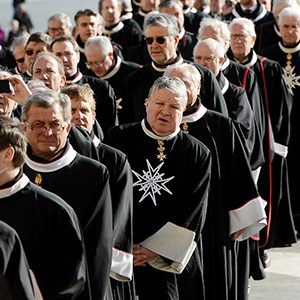 The sacking of a senior knight of the Sovereign Military Order of Malta in a row about the distribution of condoms has created a major crisis inside Catholicism’s oldest and best-known chivalric  order. Its aristocratic members, whose leaders take vows of poverty, chastity and obedience, and are often seen processing in magnificent costumes, are now at each others’ throats.

But the dispute goes much deeper than a ferocious internal row among the Knights of Malta: it has laid bare the bitter divisions inside the Church between those supporting Pope Francis’ vision for a more flexible, compassionate Catholicism rooted in discernment and dialogue and their opponents, who are determined to return to a Church of unbending rules.

On the one hand we have the Grand Master of the Order of Malta, Matthew Festing, and Cardinal Raymond Burke, the knights’ patron and prominent Francis critic: they are the driving force behind the sacking of the order’s Grand Chancellor, Albrecht von Boeselager, who is accused of overseeing the distribution of condoms in the order’s development programmes designed to help prevent the spread of HIV-Aids in Burma.