A year of living dangerously 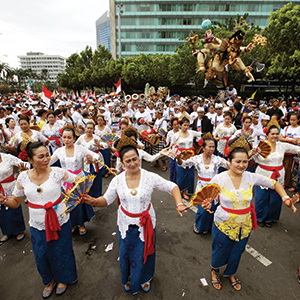 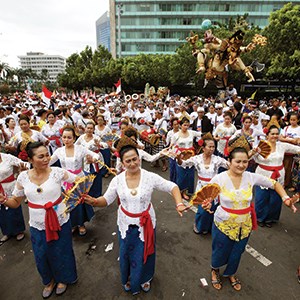 Christianity is in danger of being eliminated from its homelands in the Middle East. In Pakistan and China, stories of persecution abound, and in North Korea there is no religious freedom at all. What is less well known is that the persecution of Christians, and the denial of religious freedom to others, too, is a worldwide phenomenon, by no means confined to the Middle East or the communist world. In south-east Asia, hitherto pluralistic nations that prided themselves on religious tolerance, such as Indonesia and Malaysia, and Buddhist countries such as Burma, are joining the ranks of the persecutors.

Indonesia, the world’s largest Muslim-majority country, rejected theocracy at its foundation and adopted a state philosophy known as “Pancasila”, giving equal recognition to the major religions. Yet that is increasingly under threat, as local authorities collude with radical Islamist groups to force Christian churches to close, and attack members of the Ahmadiyya, a peaceful Islamic sect that other Muslims regard as heretical. Christians increasingly have to worship in the street outside their churches because the buildings are locked. When Christians are assaulted, it is often they, not their assailants, who are arrested. Sharia regulations have spread and violence has increased.