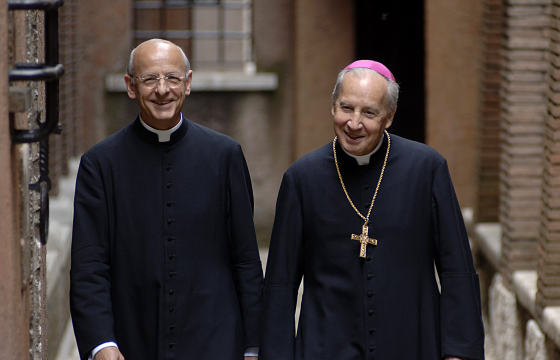 Last prelate with ties to Opus Dei founder travelled world preaching grace and the Word of God, family life, and union with the Pope

Syrian refugees living in the Vatican: ‘We had nothing. Now our life is beautiful’ 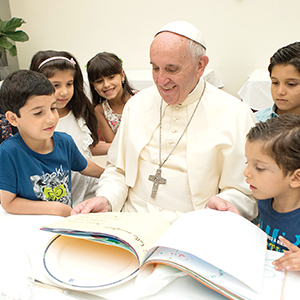 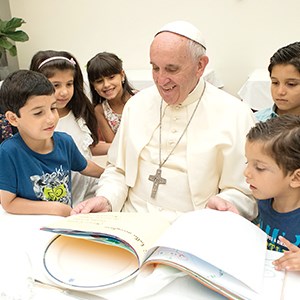 Eight months ago, the Pope made the bold, practical gesture of inviting a dozen Syrian refugees stranded on Lesbos back to Rome. Here they describe their new world

Ramy beams with pride when talking about his seven-year-old daughter, Quds, who already speaks Italian and is being taught Spanish by religious sisters. His happiness is justifiable. Only eight months ago, his family faced a very uncertain future as refugees on the Greek island of Lesbos, having fled their war-torn homeland of Syria.

For them, everything changed last April when Pope Francis, on a day trip to the refugee camps, took 12 Syrian Muslims back with him to Rome on his papal plane. Ramy Alshakarji, his wife Suhila Ayiad, and their three children, were among them. “When we arrived here in Rome, we were born again. We breathed a sigh of relief,” Ramy tells me.

It was, quite literally, a question of papal salvation as Ramy had been fleeing the death and destruction of his home city of Deir-ez-Zor. The civil war “destroyed everything”, he says. “We didn’t have anything left, no electricity, no water. We managed to escape by paying people working at the checkpoints.”

The immediate problem was that Ramy and his family escaped into an area controlled by so-called Islamic State (IS). Here they suffered from intense hunger and thirst; Ramy says that when his daughter asked someone from IS for a bottle of water, they refused. Then he pulls out his mobile phone to show me a picture of his 11-year-old nephew, killed by Syrian army bombs, and says that he was imprisoned and tortured by the regime’s forces for six months.