Cooperation, not isolation, is the challenge of our age 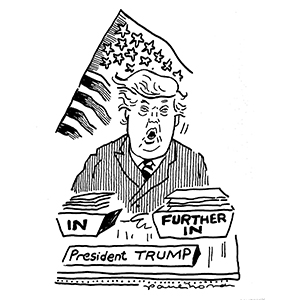 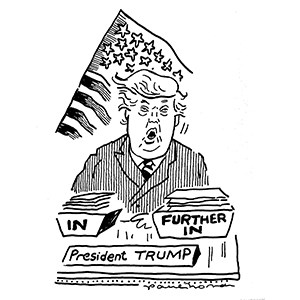 At a time when the West faces unprecedented dangers, Donald Trump threatens to abrogate treaties and take the US into isolationism. Illiberal movements in Britain and across Europe echo his anger. Yet we live in an age when collaboration between nations was never more needed

to borrow W.B. Yeats’ phrase, can the centre hold? If the centre is still seen as a Western world order led by the world’s largest liberal democracy, there must now be some serious doubts. Regular terrorist attacks, interracial tension, a refugee crisis on a hitherto unimaginable scale and the threat to the European and global economies from Brexit is an unholy admixture.

If he wins in November, Donald Trump promises (or is it threatens?) a new, inward-looking US administration in retreat from international commitments and prepared to abrogate treaties from Nato to the World Trade Organization (WTO). Such isolationism would make the world a less secure and poorer place. This may seem paradoxical, as the disastrous wars in Iraq and Afghanistan have bled the US of trillions of dollars. Surely avoiding foreign entanglements is a consummation devoutly to be wished?

It’s as well not to look at this in monochrome. The Nato alliance has been the cornerstone of international stability, ensuring during the Cold War that the European continent was not completely overrun by Soviet-led forces and offering sanctuary to the “liberated” countries of Eastern Europe once that war was over. Nato was never meant to be an instrument of foreign policy adventurism, regime change or such like. It was, and is, a defensive organisation whose members are pledged under Article V of the North Atlantic Treaty to come to the aid of any member who is attacked. If that pledge is not honoured, then Nato is nothing; it would have no capacity to deter aggression.