Slaughter of the innocents 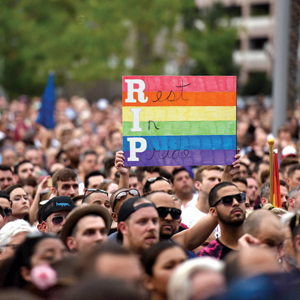 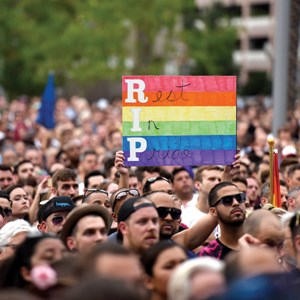 The massacre in Florida has thrown a spotlight on several issues – attitudes to the LGBT community, the continuing terrorist threat and America’s debate on gun control

The murder of 49 people in an Orlando gay nightclub early on Sunday morning touched just about every social, political and cultural fault line in American society: the LGBT community’s struggles for acceptance; Islamophobia versus a proper sense of ­vigilance against terrorism; the ready availability of guns in America; the politicisation of religion and the sacralisation of politics; and, last but not least, the prospect of a Donald Trump presidency versus continued doubts about the effectiveness of President Barack Obama’s and former Secretary of State Hillary Clinton’s strategies for fighting Islamist terror.

Bishop John Noonan of Orlando invited all people to a prayer vigil in the Cathedral of St James on Monday night, and many ­bishops issued statements or tweets expressing horror at the killings. The most obvious fault line within much of the religious response to the massacre had to do with the fact that the majority of victims were gay men.

In a statement on behalf of the United States Conference of Catholic Bishops (USCCB) which he leads, Archbishop Joseph Kurtz said: “Waking up to the unspeakable violence in Orlando reminds us of how precious human life is. Our prayers are with the victims, their families and all those affected by this terrible act. The merciful love of Christ calls us to soli­darity with the suffering and to ever greater resolve in protecting the life and dignity of every person.” Missing was any mention of the fact that so many of the victims were gay.