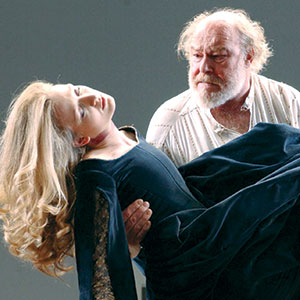 Divided loyalties: Relevance of Shakespeare and King Lear in the Middle East today

Fantasies of freedom: EU referendum highlights English fear of being small part of something bigger 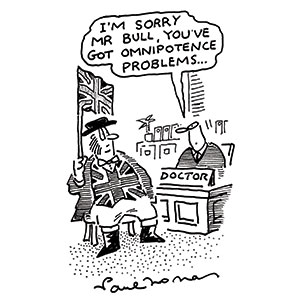 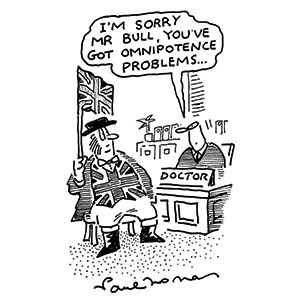 Those campaigning for Britain to leave the EU emphasise the loss of sovereignty that membership entails. But the fear of being part of a larger entity is a very English complaint

Europhobia is a better term than Euroscepticism for opposition to British membership of the EU. A phobia is an irrational aversion, while scepticism is a state of reasoned doubt. Euroscepticism, a mere doubt about the sustainability of EU structures, is not in itself a ground for leaving them. Europhobia is an instinctive revulsion, and like other phobias it is a symptom of a deep psychological disturbance – in this case, a crisis of identity.
An anonymous Scotsman, interviewed by the BBC on the streets of Edinburgh when the date of the referendum was first announced, saw straight through all the bluff and bluster that was to follow. Asked to comment on the difference between English and Scottish views of the EU, he replied that, through belonging to the UK, the Scots were used to being part of something bigger, but the English, as the dominant party in the kingdom, were not. There you have Europhobia in a nutshell: the morbid fear of being part of something bigger, and it is a specifically English disease. At its heart is the question of identity, of who the English are and what England is – not Britain, but England. If we concede that we are part of something bigger than ourselves, then we have to define our own character and limitations and history, and give up our childish dream of omnipotence.

Comment by: Mr B Williams
I cannot agree with Mister Boyle.

We applied for membership of the Common Market and though we have sometimes complained about the conditions of our membership - and why not? - the issue that has brought this referendum about is clearly immigration; we are helpless to keep it at a reasonable level and the rest of the EU is not sensitive to our problem, though it had its chance.

So what choice have we but to consider leaving, though the vast majority of British people know how risky this is and would rather not have to consider it? Mr Boyle should go into the pubs and travel on the trains and buses and listen to what people are saying. The thing that bothers us all is uncontrolled immigration.

Comment by: pbecke
It's bad enough the multinationals owing allegiance to no country, but the TTTIP will have them ruling the country.... more than they do already. Rule us, and with no right of appeal We'll be peons. Monsanto will be able to prosecute us for labelling GM frankenfoods, which we might be obliged to grow. Or am I mistaken ? Tell me if I am... though with their determination to keep parts of the agreement secret , it might be difficult to now for sure.
Next
Article