What Spotlight shows us is that loving the Church sometimes means speaking up, writes Catherine Pepinster 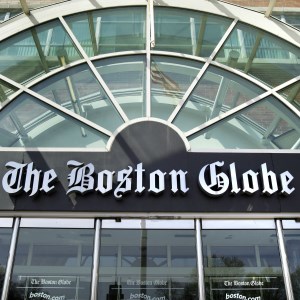 Catholic Australians appear to have taken to the American movie Spotlight, based on the Boston Globe newspaper exposé about child sex abuse by priests and its cover-up, with particular enthusiasm. Two of their bishops, Archbishop Timothy Costelloe of Perth and Bishop Peter Ingham of Wollongong, have urged Catholics to see the film, acknowledge the wrongdoing that happened not just in Boston but around the world, and resolve to make parishes safe for young people. Other Australians have reported seeing not only victims of abuse at showings of the Oscar-nominated movie, but priests too. Let’s hope bishops and priests here in Britain do the same. This is not a sensationalist film. Bit by bit Spotlight shows the painstaking work that the journalists undertook to expose what

Comment by: olliolollum
It’s good you point out that Boston Globe was not the first.
It’s also important to keep the context in mind. A report for the US government in 2004, “Educator Sexual Misconduct: A Synthesis of Existing Literature”, carried out by Charol Shakeshaft of Hofstra University, tells us: “In an early study of 225 cases of educator sexual abuse in New York, all of the accused had admitted to sexual abuse of a student but none of the abusers was reported to authorities and only 1 percent lost their license to teach (Shakeshaft and Cohan, 1994).”
What we see today as disastrous failure to deal with allegations appears to have been the societal norm at the time. Should not all such instances be equally condemned, or do we need to ask what the social, legal and historical context was, and ask whether there was any better way known at the time to deal with allegations?
CBS News in 2006 (http://www.cbsnews.com/news/has-media-ignored-sex-abuse-in-school/) quoted Ms Shakeshaft: "[T]hink the Catholic Church has a problem? The physical sexual abuse of students in schools is likely more than 100 times the abuse by priests."
Tunnel-vision focus on the problem in the Catholic church may prevent society from fully addressing the much wider situation.

Comment by: Simon
Until the Pope himself issues a clear and unambiguous statement that The Catholic Church will excommunicate and hand over details to the relevant authorities of every single priest in every single parish, in every country in the world who they know abused children there can be no forgiveness and no chance of young people like myself ever coming anywhere near an organisation which has systematically protected those that committed the mist heinous crimes.

The protection of these individuals by an organisation whose very purpose is to protect the vulnerable is far, far worse than the individual priest commuting the abuse.

If the Catholic Church is going to be any sort of force for good in the future it has to demonstrate to a new generation of parents that it will give no hiding place, ever, to the worst kind of paedophile, those so cowardly - even by the standards of this crime - that they sought protection from an institution they knew was beyond reproach.