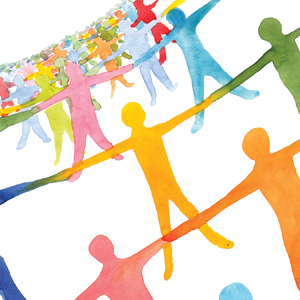 Olivier Mes­siaen, one of the great composers of the twentieth ­century, ident­i­fied his Catholic faith with the “marvellous” of Shakespeare, fairy tales and surrealism.

Messiaen was born in Avignon, France, on 10 December 1908. His Anglophile father, a fervent Catholic, handed down his passion for the English Romantics and Shakespeare; his mother, a non-believer, enchanted his childhood home with the fairy tales of La Fontaine and Madame d’Aulnoy, and with music and opera.

The young Messiaen absorbed the culture of post-war Paris, ­creating an eclectic vision that synthesised his mother’s naturalism, his father’s Catholicism, childhood literature, Bergsonian philosophy, Greek antiquity, Peruvian folk culture, the Balinese gamelan, peyote hallucinations, synaesthesia, astronomy, surrealism and much more. In the 1930s, as post-war ominously became interwar, Messiaen turned to Thomas Aquinas, whom he liked to paraphrase: “God dazzles us by an excess of truth.” In 1941, incarcerated in a German POW camp, he premiered his most famous work, the eschatological Quartet for the End of Time.

As we ready ourselves for Christmas, Messiaen’s meditative works recentre the soul. The “Desseins éternels” from La Nativité contemplates our eternal predestination as God’s children. The “Regard du Père” from the Vingt Regards sur l’Enfant-Jésus pictures the Father’s eternal gaze on his newborn Son.“Music,” Messiaen wrote, “even more than literature and painting, is capable of expressing the dreamlike, fairy-tale aspect of the beyond, this ‘surreal’ aspect of the truths of faith.”

A fitting vision of the marvellous – from someone who was baptised on Christmas Day.

Stephen Schloesser SJ is the author of Visions of Amen: the early life and music of Olivier Messiaen.