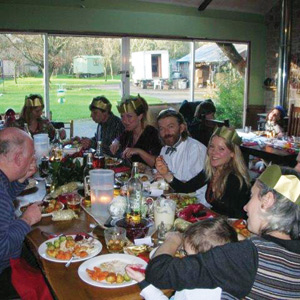 All shall be well 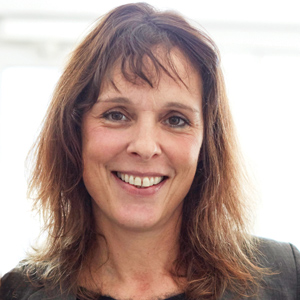 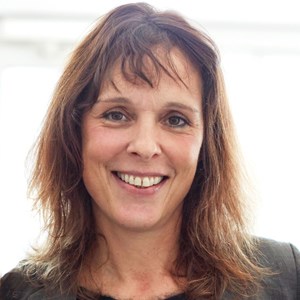 At three mills Studios in London’s East End, they are busy rehearsing the thunderstorm scene from The Sound of Music on the vast set that recreates the von Trapp family villa. Actress Kara Tointon, as Maria, the young nun newly arrived as governess to a widower captain’s seven children, is tackling “The Lonely Goatherd”.

This is ITV’s big Christmas showstopper – a live performance by a starry cast (including Alexander Armstrong, Maria Friedman and Downton’s Julian Ovenden) of probably the best-known musical ever, to be broadcast from this set on Sunday 20 December. While live news and sport, and even the occasional episode of a soap opera, have become part of our TV schedules, this will be the first-ever musical in this country aired as it happens. Heading up the challenge is the Bafta- and Emmy- Award-nominated film and television director, Coky Giedroyc.

“When the email came through asking me to do it,” she recalls, “I thought, ‘how often is a chance like this going to come my way?’ The first thing I did was rewatch a copy of the old Julie Andrews movie, and sob my way through three hours. But it was reading the Rodgers and Hammerstein script for the Broadway musical version that finally persuaded me. It is more complex than the film, at times darker, and with a strong sense of the political backdrop.”

By using that original script for her revival – which explains why I have just watched Kara Tointon rehearsing “The Lonely Goatherd” for the thunderstorm scene, rather than “My Favourite Things” as in the film – Giedroyc hopes to bring out some of those lost complexities in The Sound of Music. But for this 52-year-old cradle Catholic the crisis of faith that is at the heart of the character of Maria, resonates.

“You’ve got to feel the stakes are very high for Maria,” she says, “and that she is facing giving up everything when she falls in love with the captain. It is love of God versus the love of a man and that, for her, is the most cataclysmic dilemma.”

As well as her much-garlanded work on the small and big screen in Stella Does Tricks (1996), The Virgin Queen (2005), Wuthering Heights (2009), The Hour (2011) and Penny Dreadful (2014), Giedroyc was also responsible for the BBC’s much-admired four-part dramatisation of The Nativity first shown at Christmas 2010, and now much-repeated.

“Because of my own Catholic background, I am drawn to, and feel completely at home with, overtly, straightforwardly religious stories like The Nativity and The Sound of Music, but I always have to find a way into them. So for me The Nativity became a love story between two young people whose love is tested by a big question of faith. And with The Sound of Music, the faith thing that is getting me going is also the thing that is often ignored by fans of the film.”

Giedroyc grew up as the third of four children in first Surrey and then Oxford. Her younger sister, comedian Mel, is the presenter of The Great British Bake Off, and has a cameo role in The Sound of Music as Frau Schmidt, the fair-but-firm housekeeper. The Giedroyc sisters’ father, Michal, comes from a Lithuanian family of high-born public servants who lived in eastern Poland, but when the Red Army invaded the region at the start of the Second World War the family estate was seized, his father taken away and murdered, and the young Michal, his mother and sisters sent to Siberia. They survived an ordeal that killed many others, and in 1947 he made his home in Britain. “

My dad is an aristocratic émigré, so my upbringing was very gentle, incredibly comfortable, very cultured and very, very Catholic,” says Giedroyc. She went to Catholic schools – St Andrew’s in Leatherhead until she was 16 – and is now bringing up her own three children in the faith in her parish in west London. But, she confesses, though her Catholicism remains stronger than ever, she also feels herself an outsider in the Church because she has divorced and remarried.

“My first marriage was at 21 and took place in a chapel at St Peter’s in Rome, so of course I was an insider then. [The Giedroycs even have a beatified fifteenth-century ancestor, Blessed Michael Giedroyc.] I was, with hindsight, too young to marry but I have no regrets about it. I’m still incredibly close to my first husband and I adore our son. But the marriage eventually broke down.”

She has, she reports, been encouraged by two different priests who know about her circumstances to seek an annulment, “but I feel for my son’s sake, and for my first husband’s sake, that I can’t annul something that did exist, that was a real marriage, and that had so much love in it. That’s the reality.”

In 1998, she met and married the Bafta-winning production designer, Tom Bowyer, and they have two children, but her choice to remarry without an annulment excludes her, the Church teaches, from the Eucharist. “It is a terrible thing to think you can’t go to Communion, to feel as a divorced person that you are not welcome at the altar. So, while the Church is very much part of my daily life, I am an outsider looking in.”

It is clearly something that goes deep with her. Tears well in her eyes as she speaks, not as some sort of dramatic gesture – indeed she does her best to disguise them and then hurries off to get us a coffee while she composes herself – but as an expression of her pain.

The situation in which divorced and re­married Catholics like Giedroyc find themselves was, of course, at the top of the list of concerns at the recent Synod on the Family in Rome. She welcomes that focus but worries that, whatever the eventual outcome of that gathering of bishops, a gap will still remain for her, and those like her, between them, their circumstances and their Church.

What would she have said to the Synod Fathers if she had been among the Catholic lay representatives invited to share their experi­ences? “I’d say yes to the idea of mercy that Pope Francis talks about, but yes, too, to more understanding. That might be a good word to use as a way to find some sort of release from the burden of this idea that divorced and remarried Catholics are not welcome.”

It is an appeal from the back row of the pews, but Giedroyc is not, by nature, a gloomy person. How could she be since she is doing The Sound of Music? And so there is, she suggests, even a positive side to feeling an outsider.

“In my work it can be a creative thing. I am drawn to characters in the stories I tell who are sinners. I really am. I can relate to them. So characters such as Heathcliff in Wuthering Heights or even Fanny Cradock” – the troubled, TV chef who was the subject of Fear of Fanny, Giedroyc’s 2006 biopic for the BBC.

But if feeling herself an outsider feeds her work, being a Catholic in an industry not known for its respect for the Church is another matter altogether. There have been, she recalls, times when her faith has cost her work – though that was more about her, she adds, than any prejudice on the part of producers. “I twice walked off jobs because I felt uncomfortable with the material. One was a documentary about a satanic abusive sex ring, and the second was about the dominatrix, Madame Whiplash. It was unprofessional but I couldn’t square it. Even if the documentaries or films are about very dark subjects, there has to be some glimpse of redemption.”

It is odd, in one sense, she reflects, that in the creative industries, including film-making, Catholicism isn’t more valued. “I have always found art and culture and music from Catholic countries incredibly vivid and strong and free. Think of Cuba or South America or Poland, and the list could go on and on. So it can be a huge, all-embracing thing that isn’t constraining, but for me Catholicism made me feel, when I was growing up, that I was always doing things wrong.”

That, at least, seems to be one circle she has managed to square – or find a way of living with – in her professional career. In the private realm of divorce and remarriage, though, she continues to struggle. “I feel completely a Catholic,” she says. “But I also feel I am in the waiting room.”

The Sound of Music is broadcast live by ITV on Sunday 20 December at 7.30 p.m. 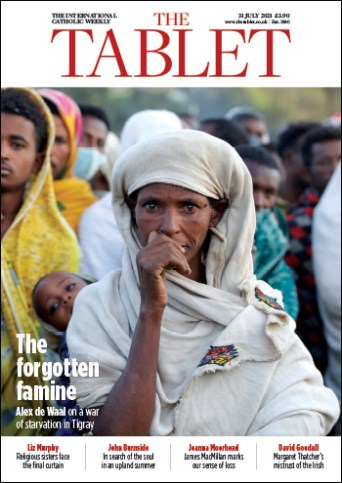